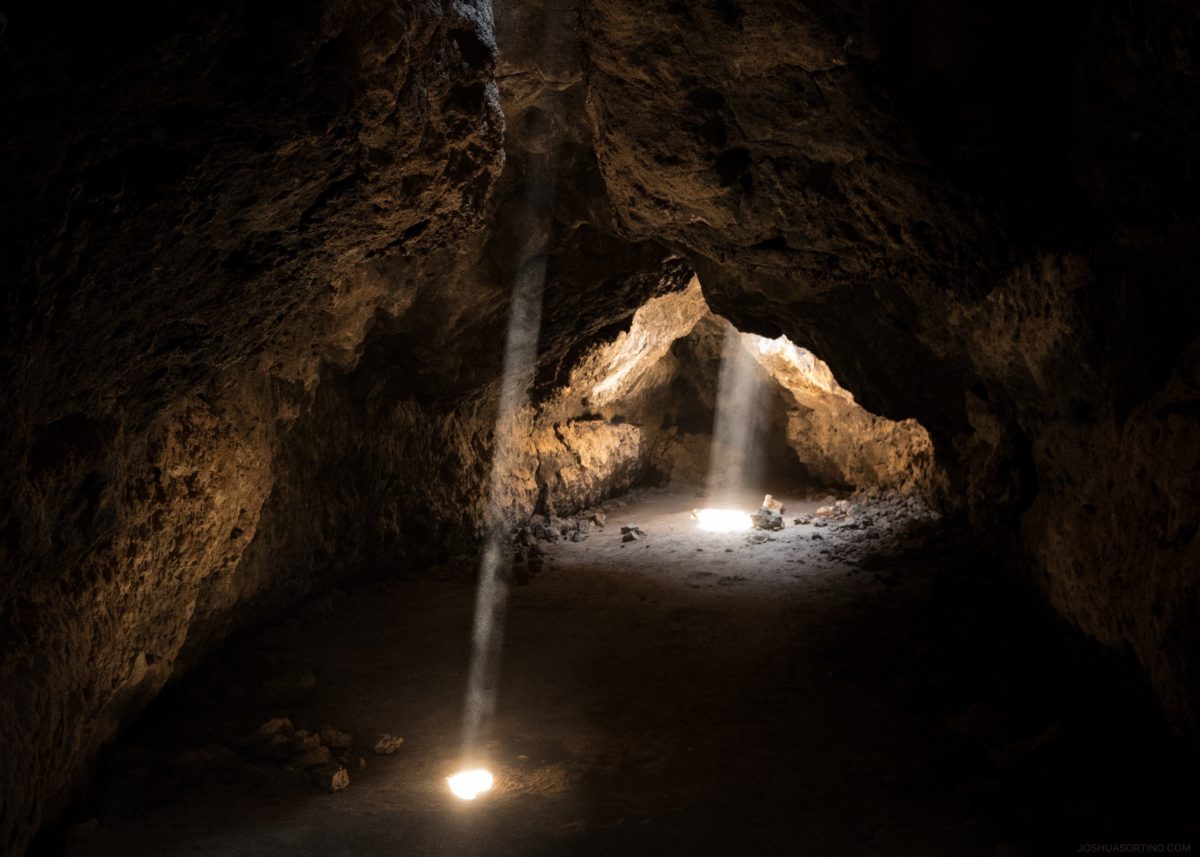 I never understood total darkness until I was in the middle of Carlsbad Caverns in New Mexico, way below the surface, no exit in sight, and they turned the power off. They only left if off for half a minute, but it was enough. In darkness, not only do you lose all sense of direction, but you lose all sense of presence. I did not know where I was in proximity to others. I knew two of my children were near because they were squeezing my hands, but I lost sense of where my wife and third child were. It was the eeriest feeling I recall having. It wasn’t until the lights were turned back on that I realized I had been holding my breath.

It was a powerful demonstration of the glory of light. Without light, we would have never found our way out of that cave. That experience helped me have a much better appreciation for the season of Christmas, which focuses on the Light coming into the world. The Light, of course, is Jesus. We celebrate Advent, Christmas and Epiphany because Jesus is the light of the world. He was the one the prophets spoke about, he was the one John the Baptist pointed to; he was the one Gabriel described to Mary.

But notice something interesting about how God revealed Christ to others — with light. In Luke 2 we read about the shepherds and how the “glory of the Lord shone about them” as the angel told them about Jesus’ birth. Interesting that God first revealed the Messiah to a group of shepherds — those considered “less than” by most of the Jews. Then in Matthew, we read about the Magi, who followed a light. “We saw his star when it rose and have come to worship him” (Matthew 2:2). The Magi were Gentiles, showing that Jesus came for all, just as John told us in his Gospel. (Read Lance McKinnon’s article on Epiphany—A Light to Follow. )

Jesus is the light who came in the midst of darkness to illuminate the love of God for all. In the Christmas story, we see that God’s love included an older childless couple. Elizabeth and Zechariah, who became parents to John the Baptist, a virgin teenager named Mary, a man named Joseph, who was willing to listen to an angel and give Mary a home, a group of shepherds in the fields surrounding Jerusalem, a righteous man named Simeon, who prayed he would see the Messiah before he died, a prophetess, Anna, who worshipped God night and day in her old age, and the Magi from the East, who followed a star to Bethlehem.

Scripture tells us we are to be lights to the world. We are to shine in the darkness. We are to bring God’s hope to all the places in our path. Our Media team, which includes Equipper, has been focusing on helping our pastors be better and healthier lights. We have given an overview of our Faith, Love, and Hope venues, which are designed to help our congregations become healthier expressions of church and be brighter lights in their communities.

7 thoughts on “All About the Light”