This week’s theme is Jesus brought the kingdom of God. The prophet Isaiah said the kingdom is coming and you will see people healed, the blind will see, the mute will sing praises. The Psalmist looked forward to the time when God gives food to the hungry, sets the prisoners free and gives sight to the blind. Matthew recounts Jesus telling John’s disciples to describe what they see, “the blind receive sight, the lame wall… the deaf hear, the dead are raised…” Mary sings of this kingdom in her song. The sermon is from Mary’s song in Luke 1 and reminds us that a significant part of the kingdom message is that God has chosen us to participate in this kingdom, today and in the future.

You Are Chosen to Participate

Few of us have made it through school without feeling left out, overlooked, or not chosen. If you think about it, I’m sure you can remember a number of times when you wanted to be included in something—a team, a project, even a clique—but you were not chosen. While we might be able to laugh about it now, at the time, no matter how old we were, it really hurt.

Many of us can also recall the joy of being chosen—in a sport, in drama, as part of the choir, on a debate team, by our spouse when he or she said, “Yes” and then the joy of hearing those words, “I do.” Being chosen gives us affirmation, encouragement, courage. Knowing we are chosen helps beat depressive thoughts and changes our thought process. Rejection does as well. 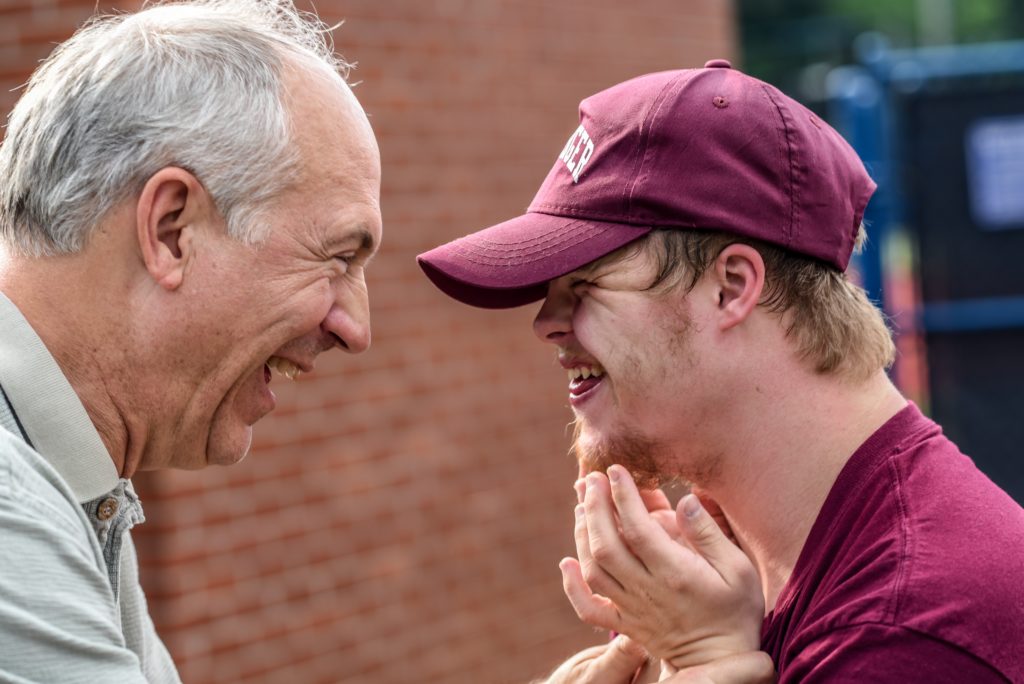 Researchers performed a study to see how rejection registers in the brain. Using an online game of catch, three participants were playing together, but then two of the players excluded the third and only threw the ball to each other. An MRI of the excluded player’s brain showed that the areas of the brain that typically show a response to physical pain were engaged, and according to those researchers, maybe “a broken heart is not so different from a broken arm.”

We are made for connection, but humanly speaking, we tend to “qualify” who we connect with based on a set of unwritten cultural rules. We rate others’ value based on what our culture says is valuable. If we consider the mother of Jesus, Mary, for example, we probably would not have chosen her for the job of bearing God’s son. She was poor, young, and inexperienced. But neither would we have chosen the Son of God to come as a baby and be born in a stable.

Let’s face it, we are often at odds with God’s way of choosing, and thank God for that. Because we might not have chosen ourselves to join Jesus in what he is doing. We might be so focused on the reasons God should not include us, that we fail to see ourselves from his eyes. But here’s the truth: God has chosen you, and not just to know him, but to participate in sharing the gospel – the good news that Jesus has brought the kingdom to us.

So how do we respond? I suggest Mary’s response is there for a reason. Not just to show her joy in being chosen, but to show she realized she was doing more than carrying a child – she was participating in God’s plan for humanity.

Like Mary, we have been invited to participate in his plan for humanity—bringing good news to the poor, healing the sick, setting prisoners free, bringing sight to the blind and hearing to the deaf. We’ve been called to participate in that kingdom now, even as we look forward to Jesus’ glorious return. This is what Advent is all about – one of the comings of Jesus is his coming to live in us and inviting us to participate with him now.

May we respond with the humility and enthusiasm we see in Mary’s response.

Mary has just visited her relative Elizabeth, who is carrying John the Baptist in her womb. Elizabeth says her babe leaped in her womb at Mary’s presence and she pronounced a blessing on Mary. Mary responds with a song of praise.

And Mary said, “My soul magnifies the Lord, and my spirit rejoices in God my Savior, for he has looked with favor on the lowliness of his servant. Surely, from now on all generations will call me blessed; for the Mighty One has done great things for me, and holy is his name. His mercy is for those who fear him from generation to generation. He has shown strength with his arm; he has scattered the proud in the thoughts of their hearts. He has brought down the powerful from their thrones, and lifted up the lowly; he has filled the hungry with good things and sent the rich away empty. He has helped his servant Israel, in remembrance of his mercy, according to the promise he made to our ancestors, to Abraham and to his descendants forever.” (Luke 1:46-55)

What can we learn about how God chooses people to participate in kingdom life?

Oprah Winfrey calls this “validating people,” and in her experience as a talk show host she says that everyone she interviewed always asked afterward, “Was that OK?” It didn’t matter if it was the President of the US or an unknown singer, people wanted to know that 1) they were heard, 2) they were seen, and 3) what they said mattered. Winfrey even asserts that when we get into arguments, we are asking for validation in these three areas.

When the angel Gabriel called Mary the” favored one,” he wasn’t praising her awesome qualifications to be the mother of God’s Son. He was speaking to God’s view of Mary. God knew who she was and who she wasn’t; there were no masks she could hide behind. Likewise, God has chosen us to extend love to those we encounter every day, and God has uniquely equipped each of us for that task. Our response is one of joyful participation because we know God will make up for anything we lack. Our response “magnifies” and “rejoices” in the chance to let others know they are chosen, too.

From “Speaking of Life” and the sermon: