The birth of Jesus, accompanied by the visit of the Magi, is an epiphany for us. It opens our eyes to see that the Father sent his Son to draw all people to himself. No matter the distance and darkness that lie between us and the Father, Jesus is the Light of the World leading us home. 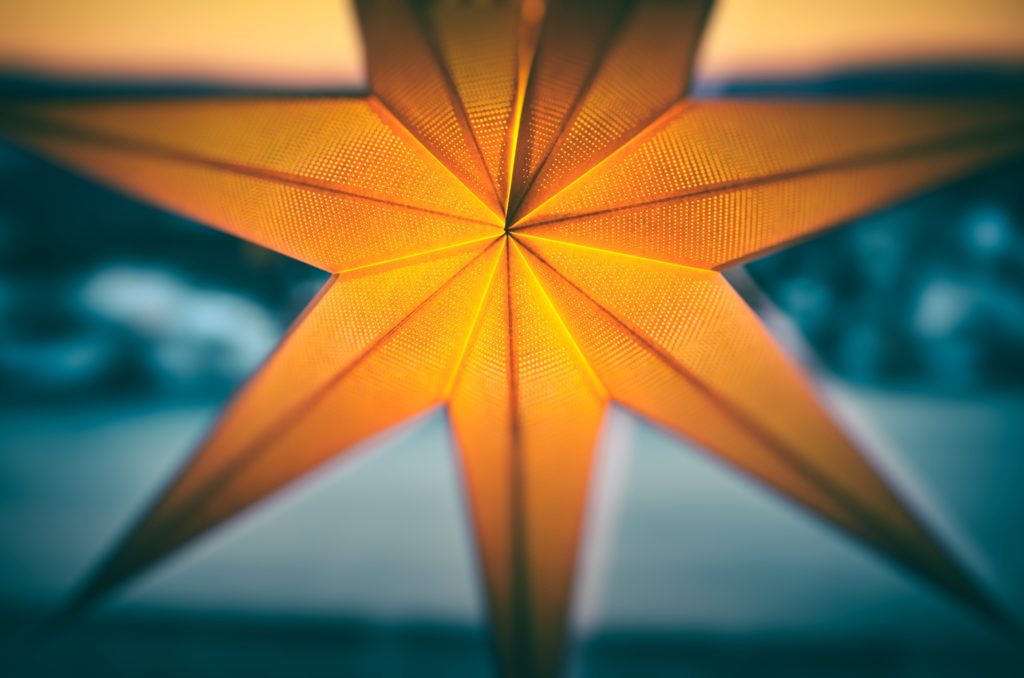 We read about the Epiphany story in Matthew 2:1-12.

In the time of King Herod, after Jesus was born in Bethlehem of Judea, wise men from the East came to Jerusalem, asking, “Where is the child who has been born king of the Jews? For we observed his star at its rising, and have come to pay him homage.” When King Herod heard this, he was frightened, and all Jerusalem with him; and calling together all the chief priests and scribes of the people, he inquired of them where the Messiah was to be born. They told him, “In Bethlehem of Judea; for so it has been written by the prophet: “And you, Bethlehem, in the land of Judah, are by no means least among the rulers of Judah; for from you shall come a ruler who is to shepherd my people Israel.’ ” Then Herod secretly called for the wise men and learned from them the exact time when the star had appeared. Then he sent them to Bethlehem, saying, “Go and search diligently for the child; and when you have found him, bring me word so that I may also go and pay him homage.” When they had heard the king, they set out; and there, ahead of them, went the star that they had seen at its rising, until it stopped over the place where the child was. When they saw that the star had stopped, they were overwhelmed with joy. On entering the house, they saw the child with Mary his mother; and they knelt down and paid him homage. Then, opening their treasure chests, they offered him gifts of gold, frankincense, and myrrh. And having been warned in a dream not to return to Herod, they left for their own country by another road.

In the story of the wise men from the East following the star, it is revealed that God calls everyone to himself. He did not choose the Jews to exclude the rest of the nations. He chose the Jews as a way to draw the whole world to himself. The appearance of the wise men lets us know that all are welcome in Jesus’ kingdom. When the wise men arrived in Bethlehem, the star they were following “stopped” and they “were overwhelmed with joy.” In our search for Jesus, sooner or later the signs that point to him are replaced with the joy that he is near. Joy becomes our new guide, leading us to enter his home and see Jesus face to face.

When the wise men enter the house, they not only see Jesus but they see him “with Mary his mother.” Here’s another epiphany for us. God is a God of relationship. Jesus doesn’t drop out of the sky like Thor or some alien invader. He comes to us in relationship, where our identity is wrapped up in who we are with him. It’s in this environment that true worship takes place. The wise men don’t worship outside the stable. No matter how dirty it may be inside, worship takes place alongside brothers and sisters who come to “pay homage,” sharing all they have with Jesus.

Our story ends with the wise men not returning to Herod after being “warned in a dream.” Up to this point they have done everything Herod had told them to do. After meeting Jesus, they are following the dreams of a new king who is ushering in a new kingdom. Matthew records, “they left for their own country by another road.” The question they haven’t asked has been answered. Who is this new king? He is King of Kings and Lord of Lords. He is the Lord God himself who has humbled himself so as to exalt us in relationship with him. Like the wise men, this revelation leaves us with a response of repentance. We turn our ears from the rulers of this age and set our sights on following Jesus. Home is now found down a different road.

Throughout this season of Epiphany let us celebrate! What has been hidden to our sight is about to come to light. Jesus is born, and God’s deepest desire, drawing all of humanity into relationship with Father, Son, and Spirit, is being fulfilled.