The Apprenticeship Square and cascading the Healthy Church vision 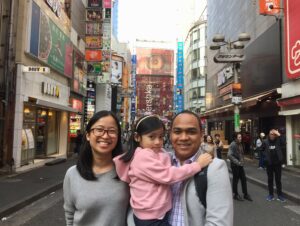 Restrictions on physical gatherings due to the pandemic have given rise to unique opportunities for virtual training and equipping. The process of cascading and pursuing the vision of Healthy Church has continued for us in the past year, and part of this has been the building up of our congregation’s Avenue teams.

As with any change management exercise, if we are to foster understanding and ownership of the Healthy Church vision in our congregations, it is important to identify and develop people who can champion it. The role of cascading the vision does not belong to the pastor alone. The part to be played by the Avenue teams is crucial – not only in spearheading their respective programs, but in communicating and deepening awareness of the vision among the local church members.

The Apprenticeship Square and Vision Casting

The Apprenticeship Square is a mentoring tool discussed in the book A GIANT Step Forward: Toward an Emerging Culture of Liberation. It discusses the dynamics between the trainee and the trainer, wherein “the four sides of the square describe a clear path for developing leaders who will develop leaders.”[1]

The framework is applicable to building Avenue teams. In this article, we share an example of how it was relevant to us as we cascaded the Healthy Church vision to our congregation. 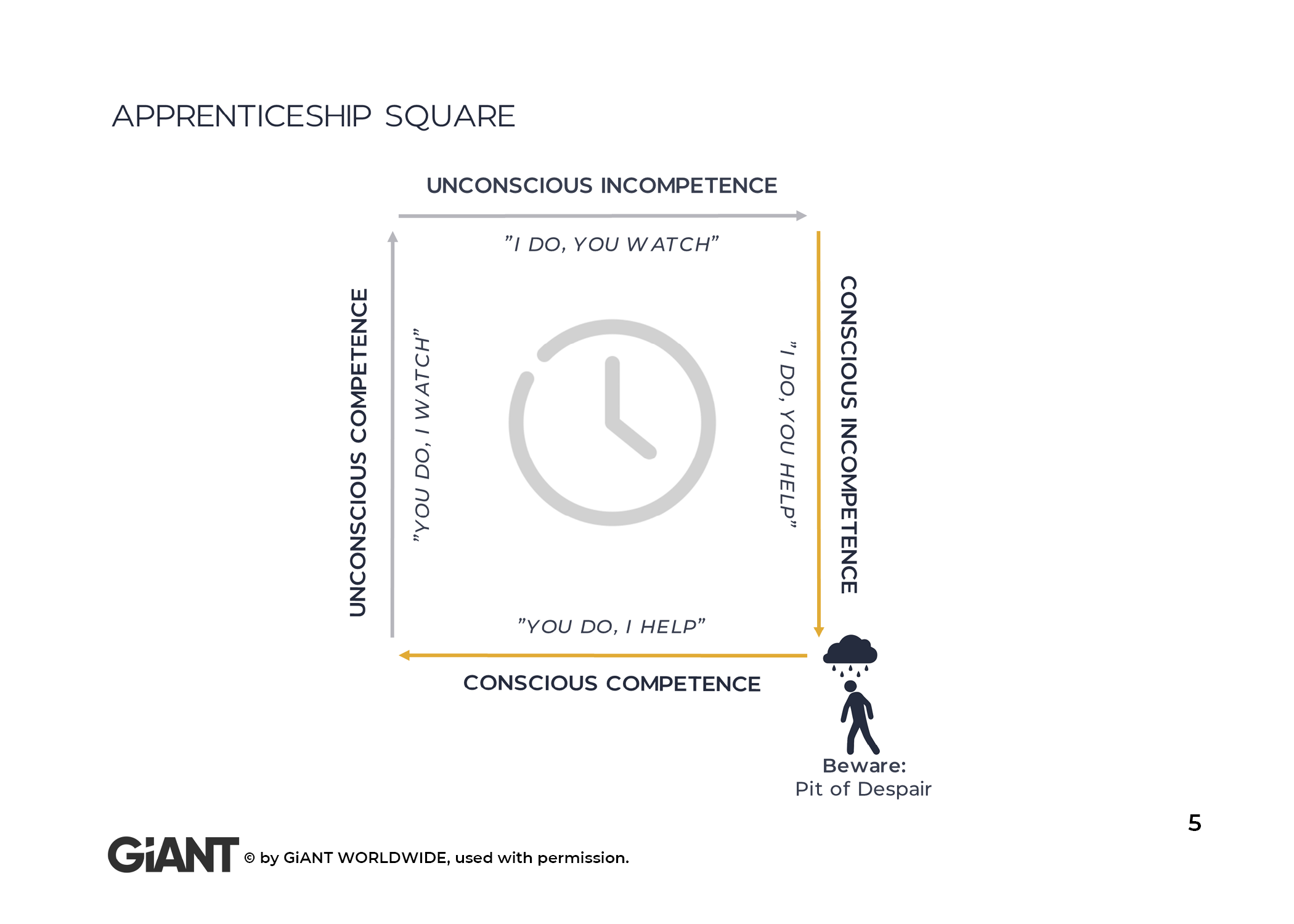 Principle: “When working with someone who doesn’t know that he or she doesn’t know, the best thing to do is model the behavior or action.”[2]

This process took place as people were being gathered and the avenue teams were being formed. At this point, the pastor together with the denominational and national leaders introduced the Healthy Church vision to the teams, diving into the principles and the expressions of heathy leadership and healthy Avenues. Prior to this, the members assembled as part of the core team had either only heard about the vision in sermons and denominational materials or were encountering it for the first time. None had a firm grasp of what it meant. The Avenue teams were recipients of the vision even as they observed how it was being cascaded to them.

Rather than just a download of information, the process was interactive, and questions were encouraged. There was much to unpack, but priority was placed on identifying the most critical components of the vision that the teams needed at the start, and these were communicated over several sessions to give people time to process the information.

Principle: “The mistake many make is turning something over too quickly… Don’t rush turning the corner, but don’t delay either. Know your mentee so you can lead your mentee.”[3]

As the Avenue teams were being formed, they knew that part of their role would be to grasp and then communicate the concepts of Faith, Hope and Love to the congregation.

In our case, some team members were quicker to grasp the concepts while others took more time to absorb them. Some of them were used to and skilled at public speaking, while others lacked experience or confidence.

At this point in the Apprenticeship Square, the key is to enable participation. One of the ways we did this was to allocate portions of our equipping sessions for team members to rotate in presenting portions of the vision specific to their avenues. The pastor set up these sessions, provided materials and coaching to the presenters, and helped refine key messages that should be highlighted when communicating the vision to the local church. This allowed members of the avenue teams to practice with the core group as their audience, while the pastor led, enabled, and mentored them with the goal of setting them up for the wider presentation.

Principle: “You are lending support, you are helping fill in the gaps; you step in when it is needed, but you are empowering others to lead.”[4]

After months of learning and practicing together, we formally launched the Healthy Church vision to the congregation, utilizing our midweek online gatherings. During these sessions, rather than only having the pastor present, representatives from each Avenue team discussed what the Faith, Hope, and Love Avenues meant, how each translated to our local context, and how they contributed to realizing the Healthy Church vision.

It was a good experience for the Avenue teams as it helped them internalize and own the vision and feel a sense of accomplishment following their participation. Another benefit of bringing the teams along to the forefront of vision sharing was that it created a strong symbol to the congregation that this was not just the initiative of the pastor, but something shared and advocated by a cross-section of the local church.

Principle: “This is when you stand in the back of the room and watch them lead… allow them to insert their own personality and giftedness in their leadership.”[5]

It has been several months since the Healthy Church launch, but the cascading of the vision and reinforcement to the congregation continues. The teams have started planning and implementing various activities under their respective avenues. These have ranged from virtual celebrations of special events under Hope, discipleship pathway and roll-out of the On Being a Neighbor series under Faith, and a fundraising drive and acts of service campaign for our target community under Love. While there is pastoral oversight, it is generally light touch, with the level of involvement varying depending on each avenue team’s need for support. As our GCI president would say, “Eyes on, hands off.”

For the kick-off and conclusion of such activities, it has been the avenue teams presenting these to the congregation. These have involved the reiteration of the Faith, Hope and Love Avenue concepts and how the activities link back to the overall vision of Healthy Church. Looking ahead, we have updates planned for the congregation, which would promote celebration of what God has done in the past year and excitement about the upcoming events. Recognizing that vision leaks, these updates would also be an opportunity to refresh people on Healthy Church. The design is again for the Avenue teams to lead the presentations.

Applying the apprenticeship square to building our Avenue teams has helped promote a “high support, high challenge” environment in our local church. As a result of using the tool towards cascading Healthy Church, more people caught the vision, more had a place at the table, and more were enabled to communicate this more broadly to the congregation. This built unity in the team – we were on the same page, had the same understanding of where we were headed, and therefore could push in that direction together.

The purpose of the Apprenticeship Square as a tool is to equip people, and we do so to enable the GCI culture of team-based, pastor led. Not only is this administrative in nature, but a reflection of the deeper spiritual call to the ministry of all believers. The more people are equipped, the better we become at participating in Jesus’ ministry. It is about setting up people for what God can do in them and through them.