A reflection for Good Friday 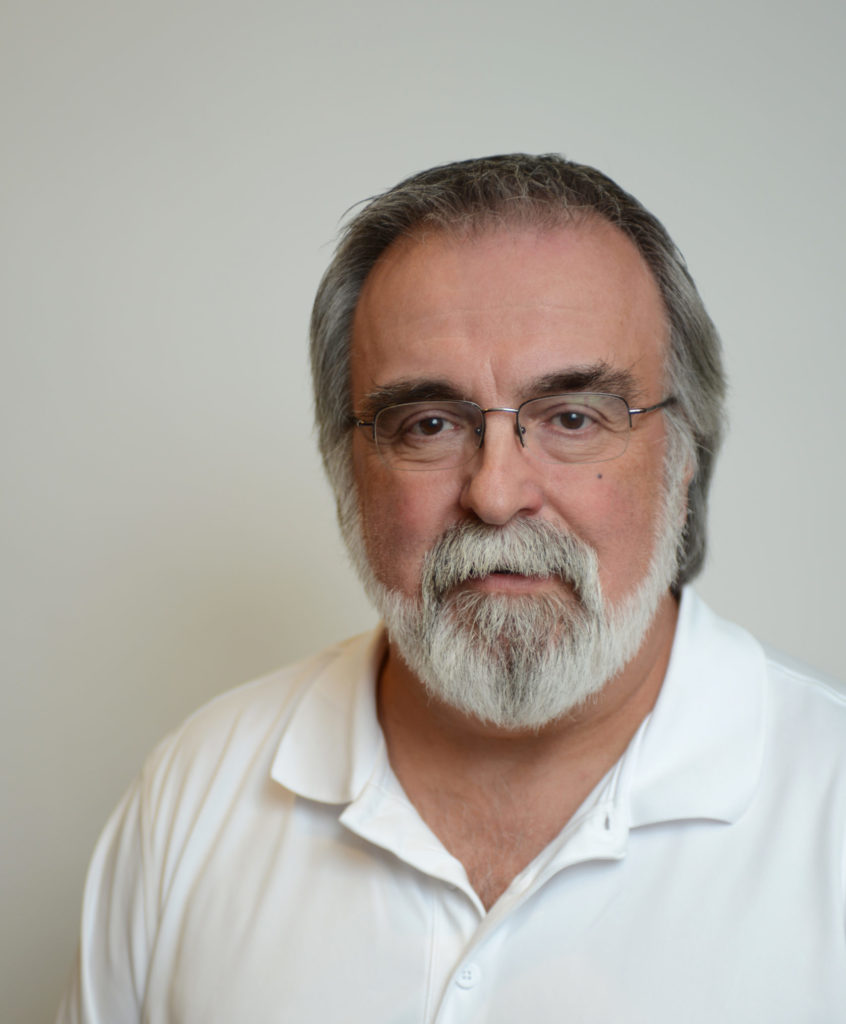 Many years ago, while visiting a small New England church, I was somewhat taken aback by the odd arrangement of lectern and cross on the raised pulpit. Crosses of all sizes are a common image in a Christian church adorning walls, stained glass windows, hymnals and lecterns. But in this church the cross that immediately caught your eye was an eight or nine-foot-tall, roughhewn timber cross mounted directly in front of the lectern. To see the congregation, the speaker would have to look around the massive upright beam…as was also the case for the congregants to see the speaker.

As one who often finds himself standing behind a lectern preaching to a room full of people, this arrangement struck me as less than ideal. While there have been a few times I’ve said things that made me want to hide behind something, I usually want to be able to clearly see those whom I am addressing. I would probably go so far as to express concern that a visual barrier such as this would interfere with both my focus, and that of the congregation.

Which is exactly what the founding pastor of that small New England church had in mind when erecting the large cross directly in the line-of-vision between speaker and listener. His recorded statement was that he never wanted anyone to look to him as he expounded the Word of God without them first focusing on the author and perfecter of that Word. And he never wanted to look upon those God had called him to serve without being forced to see them as his Lord and Savior saw them. 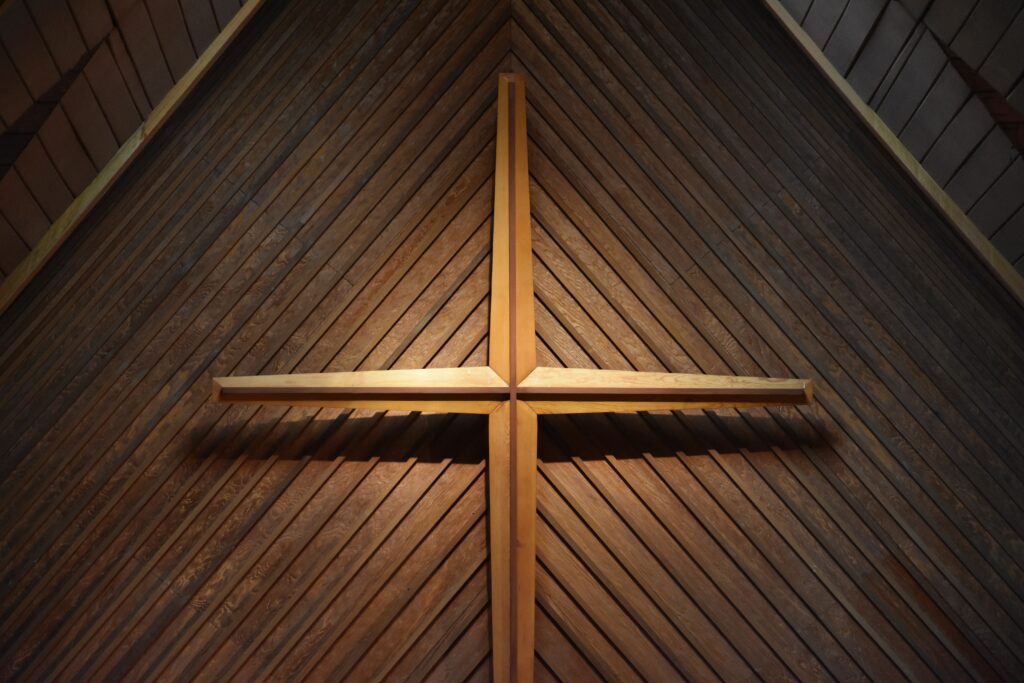 During the days leading up to Easter, and the day of celebration itself, the cross will come more and more into focus. Hymns like Isaac Watts’ “When I Survey the Wondrous Cross” will become frequent additions to our worship. Lines like “See from his head, his hands, his feet, sorrow and love flow mingled down” will ever remind us of the sobering reality represented in that ancient Roman execution device. The bread and wine of the Eucharist, framed in the final actions and words of Jesus, will be bittersweet. Good Friday will drive home that ultimate sacrifice of love…willingly made on our behalf…by God incarnate. The cross will be shrouded, and the True Light will be overshadowed by death…for a time.

The Baptist pastor S.M. Lockridge penned an incredible Easter poem many years ago entitled “It’s Friday, But Sunday’s Comin’.” If you are not familiar with the poem, I would suggest Google. It powerfully speaks of the transition from the suffering and sorrow represented in Good Friday to the utter joy and celebration of Easter morning. It is a transition in focus we are all happy to make. And the quicker we can reply “He is risen indeed” to the declaration “He is risen!” the better.

Yet in that declaration there is a risk. We must always be careful to never lose sight of how we arrived at that glorious morning outside an empty tomb. We want to quickly erase the vision of nail-scared hands and spear wounds. But never forget that Jesus chose to keep those very reminders of his ordeal on a cross…an ordeal he willingly endured on our behalf (John 10:18).

The cross was an embarrassment to the early followers of Jesus. It was a form of torment and execution for the lowest of criminals. Paul quotes Deuteronomy 21:23 and speaks of the curse of those hung on a tree (see Galatians 3:13). With rare exception there are no artistic representations of the cross until the late third century, and as one historian aptly put it, “No one painted a picture of a crucifixion until the last person who had witnessed the horror had died.”

And yet the Apostle Paul will write often of the importance and power of this symbol. He recognized the confusion caused by reflecting on the brutal execution of Christ. He tells the Ephesians that we are reconciled to God “through the cross” (Ephesians 2:16). And to those who see this symbol as more of a stumbling block than a source of inspiration, he writes “For the message of the cross is foolishness to those who are perishing, but to us who are being saved it is the power of God” (1 Corinthians 1:18).

The power of God. There is a short, repetitive hymn that speaks to that power. The story behind this hymn attributes it to a martyred Garo tribal man from Meghalaya, India (then a part of Assam) named Nokseng. Having witnessed the murder of his wife and child, and facing his own death if he refused to give up his Christian faith, Nokseng is said to have crafted the hymn “I Have Decided to Follow Jesus.” Though the self-determinate nature of the three short verses of this song might give pause to our Calvinist brothers and sisters, it speaks deeply and simply of Nokseng’s foundational faith. “I have decided to follow Jesus. No turning back, no turning back.”

Nokseng understood the power of the cross. A pastor in a small New England church knew this truth as well. May we, as we celebrate Holy week, keep the cross ever before us as we grow deeper in our relationship with the one who once occupied that cross. We keep it not as a barrier or obstacle to our faith, but as an ever-present reminder that all barriers between us and our heavenly Father have been removed, once and for all.

One thought on “The Cross Before Me”