Speaking Of Life 3019 | Rolling Stones Michelle Fleming YouTube has videos that can help you solve almost any problem, from cutting your own hair to moving large boulders. That’s right--there’s a video that shows how to move a large rock by using a lever. But YouTube wasn’t available back in Bible times, so on that very first Easter morning, the women walking to Jesus’ tomb they were facing a boulder-sized challenge. Let us read what happened: When the Sabbath was over, Mary Magdalene, Mary the mother of James, and Salome bought spices so they could embalm him. Very early on Sunday morning, as the sun rose, they went to the tomb. They worried out loud to each other, “Who will roll back the stone from the tomb for us?” Then they looked up, saw that it had been rolled back—it was a huge stone—and walked right in. They saw a young man sitting on the right side, dressed all in white. They were completely taken aback, astonished. He said, “Don’t be afraid. I know you’re looking for Jesus the Nazarene, the One they nailed on the cross. He’s been raised up; he’s here no longer. You can see for yourselves that the place is empty. Now—on your way. Tell his disciples and Peter that he is going on ahead of you to Galilee. You’ll see him there, exactly as he said. Mark 16:1-7 (The Message) Notice that the women were worried on the way to the tomb. They didn’t know how they were going to move the stone. All the disciples had fled. But here is what we might overlook in reading this passage: the women went to the tomb anyway. They didn’t know how they were going to move the stone. They didn’t have YouTube do-it-yourself videos to show them how to move a boulder. They didn’t have the physical strength to move a boulder, but they went. And when they showed up, they found that God had already moved the stone and Jesus had been resurrected. We’re lucky enough to have YouTube to help us with many do-it-yourself projects, but sometimes we’re faced with large obstacles that are beyond our control, just like the women at the tomb. God did what they could not do. On this Easter Sunday, we can rejoice that God is still “rolling away stones” in our lives. May you believe in the resurrected Jesus Christ who loves you and won’t let you face any difficulty alone. I’m Michelle Fleming, Speaking of Life.

The theme this week is Grace = love no matter what, juxtaposing God’s loving acceptance with our human conditional love in celebration of Easter and the Resurrection of our Lord. The call to worship Psalm recounts God’s steadfast love and assures readers of God’s constancy even when circumstances are difficult and maybe even our fault. Acts 10 tells one of the times that God transformed Peter’s mind, helping him see that tradition had to be changed when love demanded it. 1 Corinthians 15 reminds us of Paul’s transformation from a murderer of God’s people to a leader and preacher of the good news. Finally, John 20 is our sermon text that takes us back to the empty tomb and encourages us to stick around even when things don’t make sense because love often shows up when we least expect it. 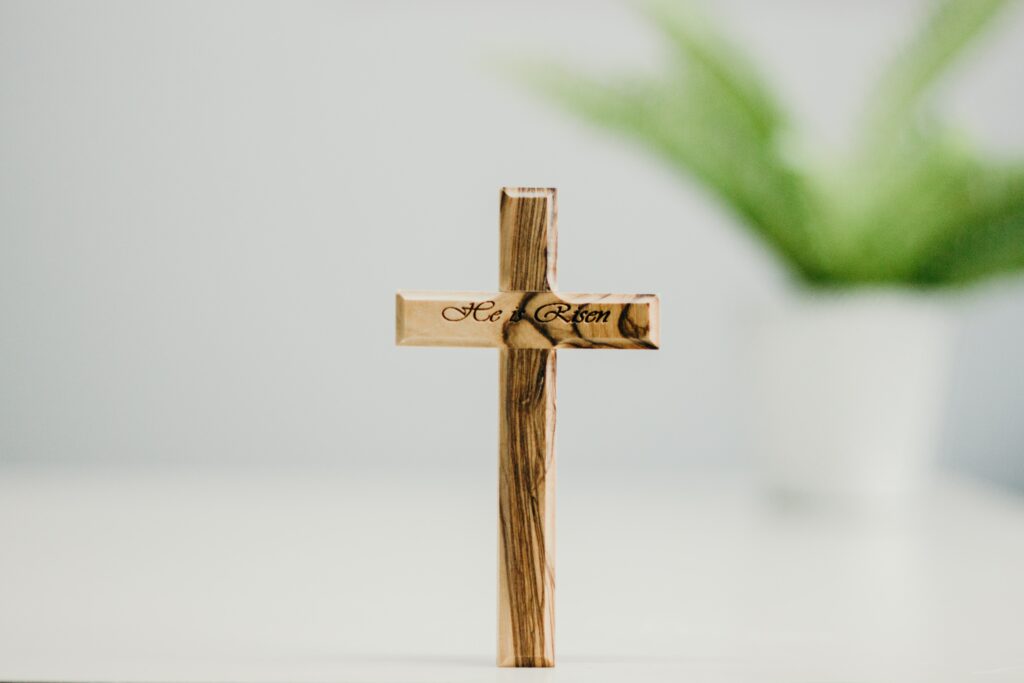 Today is Easter, and we know that we’re celebrating the resurrection of Jesus Christ. The book of John shares the story of the resurrection through the eyes of two disciples, and Mary. There are some interesting differences. Like he does so often, even at the tomb Jesus turns things around and chooses an unlikely person to be the first one to share the message, “He is Risen!” Let’s take a look:

What can we observe about the text?

Early on the first day of the week, while it was still dark, Mary Magdalene came to the tomb and saw that the stone had been removed from the tomb. (John 20:1 NRSV)

Mary went to the tomb when it was still dark. In John’s Gospel, he uses the themes of darkness and light frequently. Remember that Jesus said, “I am the light of the world” (John 8:12). The fact that it was dark, and that this information was included in John’s account, might be suggesting an unveiling of truth, as the gentle light of daybreak slowly begins the day.

So she ran and went to Simon Peter and the other disciple, the one whom Jesus loved, and said to them, “They have taken the Lord out of the tomb, and we do not know where they have laid him.” (John 20:2 NRSV)

Mary Magdalene noticed the stone was rolled away, but she didn’t go in. Instead, she ran to tell Peter and “the other disciple whom Jesus loved.” Many scholars understand this to be John, the author of the Gospel. In verse 2, Mary assumes, without having looked, that Jesus’ body has been taken or moved. Jesus had told his disciples that he would be raised, but they didn’t really understand it.

So Peter and John ran to the tomb. John doesn’t go in, but he looks in and sees the linen wrappings. Peter goes into the tomb and sees that the cloth that covered Jesus’ head was rolled up and placed to the side. John apparently saw that as significant, and the scene caused one disciple to believe, although we are not sure how much he believed or understood. John explains that before this, the disciples had not understood what Jesus was talking about. Now the light was beginning to break through. What could it mean? Verse 10 says the two disciples turned around and went home. They were not searching the grounds for clues about who took the body, or where. They just went home, and whether they knew it or not, they were waiting for further instructions.

But Mary stood weeping outside the tomb. As she wept, she bent over to look into the tomb; and she saw two angels in white, sitting where the body of Jesus had been lying, one at the head and the other at the feet. They said to her, “Woman, why are you weeping?” She said to them, “They have taken away my Lord, and I do not know where they have laid him.” (John 20:11-13 NRSV)

Mary stays at the tomb weeping. Notice that in verses 11-15, it mentions weeping or wept four times. Her intense grief is part of our human experience. Jesus was a friend and teacher to Mary. Verse 13 tells that two angels appear and ask Mary why she is weeping, and without thinking it strange, she answers again that she is looking for Jesus’ body.

When she had said this, she turned around and saw Jesus standing there, but she did not know that it was Jesus. Jesus said to her, “Woman, why are you weeping? Whom are you looking for?” Supposing him to be the gardener, she said to him, “Sir, if you have carried him away, tell me where you have laid him, and I will take him away.” Jesus said to her, “Mary!” She turned and said to him in Hebrew, “Rabbouni!” (which means Teacher). Jesus said to her, “Do not hold on to me, because I have not yet ascended to the Father. But go to my brothers and say to them, ‘I am ascending to my Father and your Father, to my God and your God.’” (John 20:14-17 NRSV)

Before Mary can realize that she’s talking to angels, she turns around and mistakes the risen Jesus for the gardener. Symbolically, the garden in the Bible is a reference to Eden, and in this case, Jesus is bringing forth new life into being again. When Jesus says her name, she is able to see him for who he is. In her joy, she embraces Jesus. To our ears, Jesus saying, “Do not hold on to me because I have not yet ascended to the Father” (verse 17) sounds cold. But Jesus was not telling Mary not to touch him, but that he couldn’t stay with her, that things were going to be different. Mary wanted life to go back to the way it was; Jesus was there to offer a new way of being and connecting with him.

Mary Magdalene went and announced to the disciples, “I have seen the Lord”; and she told them that he had said these things to her. (John 20:18 NRSV)

As a result, Mary becomes an apostle or messenger to the apostles. Jesus honors women in the biblical patriarchal culture by showing himself first to Mary after the resurrection and sending her to tell them not just that he will ascend to the Father, but that his disciples have the same relationship as he does (i.e., “my Father and your Father, to my God and your God” in verse 17).

The resurrection story ends in a garden, but this time it’s not Adam and Eve being sent away from the garden. Instead, it’s Mary who is triumphantly leaving the garden as the messenger of good news: Christ is risen; he is risen indeed.