Before we had GPS, you needed to have a map to point you in the right direction. This is similar to our experience in following Christ. Being a disciple means we follow him because we trust him no matter where he leads.

Speaking of Life 3014 | A Dead-End Road Heber Ticas Have you ever had the experience of following someone in a car when you didn’t know your way around? Before the days of GPS this would be an exercise of trust. When I’m driving, I like to make the decisions. I feel confident in my sense of direction and how to find my way around. So, when I must follow someone else, it is easy to second guess their choices. Especially when the person turns down a road that I think will lead in the wrong direction. For example, what would you do if the person you were following suddenly turned down a road that was marked “Dead End?” I would probably start honking at them and flashing my lights in protest. In some ways, this is our experience in following Christ. Being a disciple means we follow him because we trust him. But then he leads us down roads that are clearly marked “Dead End.” Surely Jesus knows better than to go in that direction! So, we start honking our horns and flashing our lights to warn him of his mistake. Have you ever been there? Jesus’ first disciples reacted in much the same way when he told them he was going to travel down a dead-end road to Jerusalem. The long-awaited Messiah made it clear that he was going to travel the road of suffering, rejection and death. For Peter especially, this was a hard road to follow, yet he did. As we follow Jesus, we too will have to follow him down roads that we would rather avoid. Listen to Jesus’ description of being his disciple: “If any want to become my followers, let them deny themselves and take up their cross and follow me. For those who want to save their life will lose it, and those who lose their life for my sake, and for the sake of the gospel, will save it.”  Mark 8:34b-35 (NRSV) That’s not exactly the road map I would draw up for myself. But as we follow Jesus, we come to trust that he knows the way far better than we do, even if it looks like a dead-end road. In fact, he tells us that he is the way. Because of who he is, we can follow him no matter where he leads. And that is especially true when he travels down a dead-end road. Mi nombre es Heber Ticas, Hablando de la Vida.

This week’s theme is Following in faith. The call to worship Psalm points to the promise of all nations eventually turning to follow the Lord and worship him. Both the Old Testament reading and the text in Romans positions Abraham as a paradigm of faith in following God for all believers in every age. The Gospel reading in Mark records Jesus’ instructions concerning discipleship.

The season of Easter preparation (Lent) has a way of keeping any fairytale illusions of the Christian life at bay. After celebrating Advent and Christmas with all the festivities involved, we may be tempted to think the Christian faith is just another attempt to enjoy life according to our fantasies. But the season of Epiphany opened our eyes to see the gospel story a little deeper than simple dream-fulfillment. We come to see who Jesus is, and who we are in relationship to him. We are then thrust into the season of preparing for Easter, where we must adjust to what we have just seen. This is a season of repentance—changing our mind about who we think God is, who we see ourselves to be and how we view our world. Everything has changed now in the light of Christ. Easter preparation calls us into a reorientation that fits the reality we have come to see and know in Christ. This can be a painful but necessary repentance if we are to enter the transformation held out to us in Jesus.

The context of our text today mirrors this journey. After Jesus heals a blind man at Bethsaida, he then goes to work on opening the eyes of his disciples. Epiphany set the stage. Jesus asked them how other people saw him and they reported some circulating speculations. Some said that maybe he was John the Baptist back from the dead or even better, Elijah. Others simply thought he was one of the prophets. But the great illuminating discovery came when he asked them personally who they thought he was. Peter served as the mouthpiece to the amazing revelation that Jesus was the long-awaited Messiah. 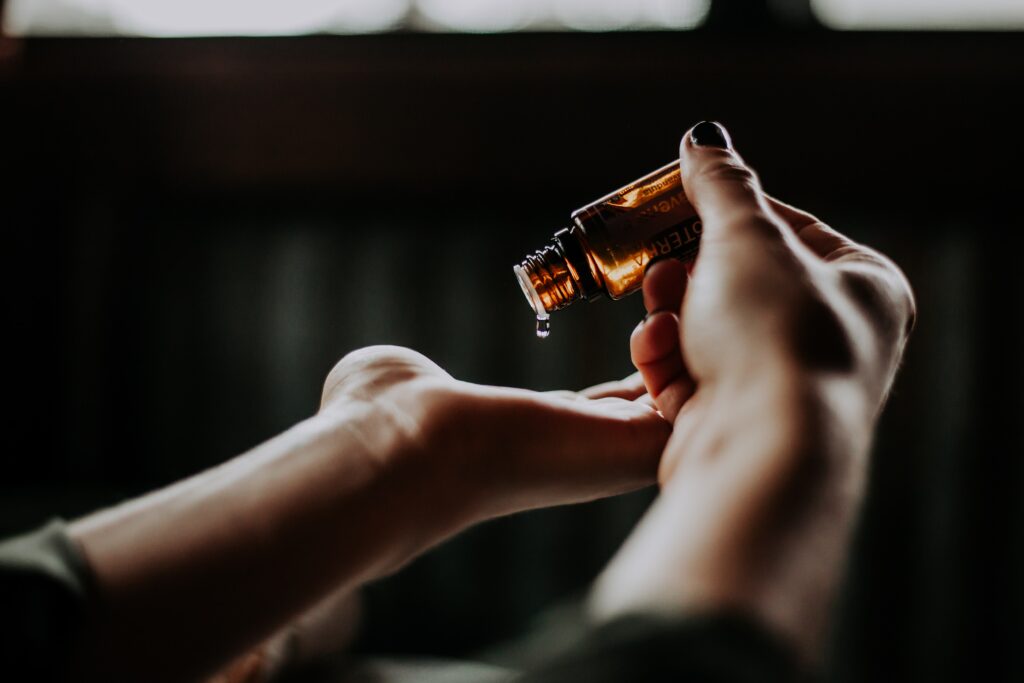 Their eyes were beginning to be healed of spiritual blindness. But like the blind man at Bethsaida who needed Jesus’ hands placed on him twice before fully seeing, the disciples would need further healing before they would see plainly. They may see that Jesus is the Messiah, but they would need to adjust their thinking to fit Jesus’ revelation of how he will fill out the role of Messiah. Easter preparation is underway. This is a painful reorientation for the disciples, and it may hold some painful revelations for us today as well. But as Jesus redefines what it means for him to be the Messiah, we will have to face the fact that this will redefine what it means for us to be his disciples. But once we make it through this section, as painful as it may be, we can take comfort in the fact that the next story Mark records in his Gospel is the Transfiguration, which we covered two weeks ago. The hard work of repentance during the season of Easter preparation leads us into transformation. So, let’s read the text.

Notice the passage begins with “He then began to teach them.” This was Mark’s way of signaling that Jesus was entering a new level of ministry with the disciples. He was about to give them a much fuller picture of what they were involved in, and it wouldn’t be easy for them to hear. The disciples had left everything to follow Jesus and they were excited to be part of what God was doing. Even with their ups and downs in following Jesus, they must have had some sense that they had signed up with the right rabbi. This journey was going somewhere good and they didn’t want to miss out on it. But Jesus knew his time with them was short and that his disciples were not prepared for what lay ahead. So, Jesus doesn’t speak a parable, he doesn’t tell a story and he doesn’t sugarcoat his teaching. As Mark records it, “He spoke plainly about this.”

Jesus’ plain speaking involves four things that Jesus “must” go through. In the NIV the word “must” appears twice in this proclamation. Jesus does not leave us with any other options or ways of viewing how he fulfills his calling. There is no plan B or loophole in being the Messiah, and as his disciples did, we often look in vain to find an alternate way of following him. Jesus knew that when the going gets tough, his disciples would be tempted to pack up and go. But there is no going around the word “must.”

After Jesus redefines what it will look like for him to be the Messiah, Peter quickly reacts as a disciple who wants nothing to do with it. The cultural expectations of disciples in the ancient Middle East would frown heavily on Peter’s rebuke of Jesus. Disciples were to listen to and learn from their masters and should never correct them. Peter rebuking his teacher not only paints Peter as a hot-headed and bold disciple, but also exposes how shocking was Jesus’ description of how he would fill out the role of Messiah.

The Jewish people’s understanding of what a Messiah would look like in the first century helps shed some light on Peter’s extreme reaction. The picture of a Messiah for the Jewish people would not be associated with any of the scriptures that speak of suffering or death. It was only after Jesus’ death and resurrection that the early Christians understood these scriptures to be speaking about the Messiah. So, when Jesus refers to the Messiah in these terms, it is a radical departure from the mindset of the Jewish people’s view of a Messiah.

Peter’s rebuke was meant to be in private, as we are told he “took him aside.” This private reprimand may show Peter’s attempt to protect the image he had of his master rather than publicly disgracing Jesus to the watching crowd. He is still trying to protect Jesus’ reputation, which of course would reflect on his own. Peter’s reaction is no small thing, as the word for rebuke here is the same word used when Jesus exorcised a demon. Peter is mightily struggling to repent of his way of thinking to align with what Jesus just told him. What Peter needs to repent of is his desire to follow himself instead of Jesus. As long as Jesus leads in a way that Peter wants, he was willing to follow. But now that Jesus has turned down a road he doesn’t want to go, he rebukes his master.

Surely Peter is not alone in his response here. How often do we rebuke and resist Jesus when he leads us down roads that require us to die to ourselves in one way or another? It’s a lot easier to follow Jesus when we think suffering is not involved. Are we willing to follow when Jesus leads us to a place where we have to swallow our pride and not hold so tightly to our reputation? In short, how willing are we to die to self in our daily living? Surely Peter is in good company!

Jesus has a response to Peter that cuts to the root of his problem: “Get behind me, Satan… You do not have in mind the concerns of God, but merely human concerns.” Peter, who just proclaimed that Jesus was the Messiah, is now speaking for Satan. Jesus doesn’t let Peter fool himself into thinking that he just misspoke out of a misunderstanding. Peter’s problem is deep, and it runs through all of us. We are often more concerned about our own interests than God’s will—just like Satan. When we resist following where Jesus leads, we are cooperating with the devil. It’s God’s grace and love that causes Jesus to resist our resistance and rebuke our rebukes. He doesn’t let us settle for our self-centered and not-of-God orientations.

Beginning in verse 34, Jesus addresses the disciples as well as the crowd and teaches them what it means to be his disciples. This message is not just for the church, but for the whole world—whether we want to hear it or not. Reality doesn’t move for dissenters. Jesus goes on to talk about a life of denying oneself for the sake of following Jesus. We are called to find our life only in Christ, which will mean we must die to everything else that competes with that allegiance. As Dietrich Bonhoeffer wrote in his book The Cost of Discipleship, “When Christ calls a man, he bids him come and die.”

Much of our culture invades our beliefs and attitudes that Jesus must rebuke and set right for us to follow him. We are so ingrained with the way the world works, that we can be convinced that we are in the right and God must be in the wrong when he leads us away from the cultural landmarks of success and comfort.