This week’s theme is Discerning God’s provision and salvation. Genesis recounts the story of Abraham’s servant trusting the Lord to reveal to him the provision of Isaac’s wife. Psalm 45 invites a daughter to pay careful attention to what the Lord is providing. Romans 7 sees Jesus as the perfect provision for the conflict of sin. In Matthew Jesus shares how God used John the Baptist to introduce God’s ultimate provision, Jesus himself.

When we think of conflict, we usually picture two people arguing or fighting. Or maybe we will picture a battle scene where many soldiers are battling one another. We know there can be no conflict unless there are at least two people or things opposing one another. In our passage today we have the apostle Paul writing about a conflict every believer is involved in.

Notice something odd about this passage on conflict. Paul uses the singular “I” 24 times. The conflict he is speaking of does not involve two or more people. It is something raging in the individual believer. This is a very difficult conflict to wrestle with. We can walk out on conflict with another person, but you can’t really leave yourself. This conflict is unavoidable. 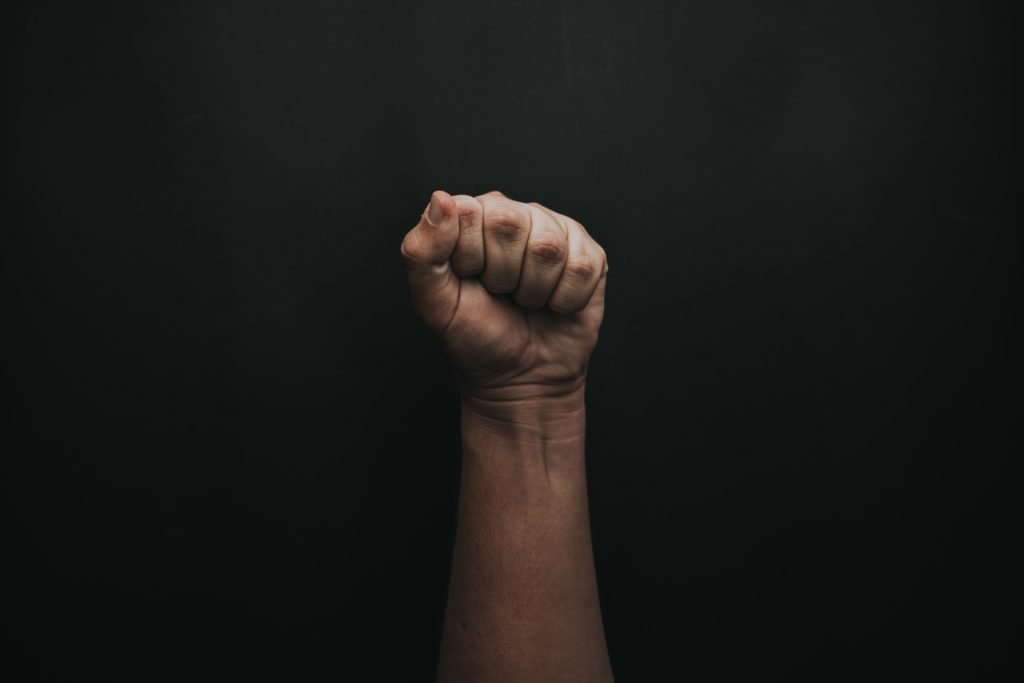 You may also notice that Paul is a bit repetitive in this passage. In fact, he basically repeats three points three times. First, he acknowledges his own sinfulness. Second, he confirms this knowledge by his actions. And third, he draws a conclusion from these two observations. We will look at each point in order.

But first let’s make sure we understand the context in which Paul is writing. This passage is part of a longer and more involved discussion about the law. Paul’s understanding of the law is complex and therefore people have different views of what he means. For our purposes we will not need to work through all that. But we can list five things that Paul is clear about in how he views the law:

That’s a lot to chew on regarding the law, but in today’s passage, Paul is making clear that we are not to look to the law to fight this inner battle he is speaking of.

To understand the conflict Paul sees raging in himself and in each believer, we need to take Romans 6 and Romans 7 together. In Romans 6 we come to see that the believer has been freed from sin by the death and resurrection of Jesus. This is the reality established in Christ. But it is a reality that comes to us from the future even as we live in the present. Another way of saying this is to say that the kingdom of God is breaking in. We see signs of this future reality, this kingdom, as the Spirit works in the life of believers. So, our present life is infused by the power of the future kingdom. That’s what Romans 6 tells us. But our present life is also pulled by the power of the past. That’s the content of Romans 7. Although defeated, sin still has a grip on us in this present evil age. And there lies the conflict. The fact that there is a conflict shows that the Spirit is working in us.

This is a battle of identity, of self-knowledge. Have you ever experienced the conflict of knowing yourself? Can you relate to Paul’s statement, “I do not understand my own actions?” As a believer there are many times when we shake our head and think, “Why did I do that?” “I know better than that; what was I thinking?” Statements like this reveal that there is a conflict in our identity as defined by our past over our future. Which identity do we believe in? Are we really who we are becoming in Christ? Or does the old man of sin have the final word? We are conflicted over our “want to do what is good” and our inability to do it.

From Paul’s observation, we can take some comfort even in our conflict of not understanding our own actions. The fact that we want to do the good that the law points to, means the kingdom is breaking in. If we were still dead in our sins, we would have no desire to live without sin. This is a sign in the believer that our future selves are taking form. We are becoming like Christ in our thoughts. It may be a struggle in the present, but it’s a struggle because the future is putting up a fight.

Here in this repetition of Paul’s second point is a conflict of power and ability. It’s not enough to just want to do something if we are in fact unable to do it. It seems that our present ability is not up to the task of our future identity. This power and ability must also come from the future. This does not mean we do not strive to live out of the identity we have in Christ. In fact, we take seriously that the kingdom is breaking into the present, a reality that we are called to participate in. As a believer, have you ever had a moment when you realized your actions have changed? Perhaps a pattern of complaining has been replaced with contentment. Or a short fuse of anger has lengthened into patient forbearance. It may be a small change or may be even a large one. But something has changed. And the change is in the direction of our future hope. There is evidence that God is working in us by the Spirit to make us more like his Son. This is not a work we have done of ourselves, but rather a work Christ has done in us, and that the Spirit is working out of us.

Here is something to keep in mind when we experience the conflict of not being able to do the good we are made for. God is not done with us. We can still turn—again and again if necessary—to him to receive the power he makes available to us by the Spirit. The Father will never throw up his hands in disgust and say, “This old sinner will never change. I’m done with him or her.” God is far more faithful than we are. He never turns his back on us when we fail. He knows his Son has already done all that is needed for our completion. Jesus has made us whole through his life, death and resurrection. It’s just a matter of time for the believer to see that reality to come to fullness. Our heavenly Father is overjoyed with each step we take in his direction. When we fall, he once again opens his arms to us in Jesus and calls us to himself.

In these verses Paul is essentially concluding from his first two points that the believer is identifying with who they are becoming in Christ. The sin we wrestle with in the present is going away. It does not have the final word on who we are and will be. Sin is not the final word—Jesus is. This conclusion frees Paul to make confession by declaring “Wretched man that I am!” This is not self-loathing by Paul. This is a freedom to let go of the past and embrace the future that comes to us in Christ. There is no fear to call sin what it is. It’s wretched and has no part in God’s coming kingdom. However, we have a Savior who has rescued us. We now live in thankfulness in the present as we live out of hope for the future. Jesus has rescued us, and he will rescue us. He will liberate us from the body of death and bring us into a world and life where sin no longer tempts us, no longer misleads us. Sing for joy, all you righteous! Your Savior lives; your Savior reigns, and we will reign with him!