The theme for this week is “we are never alone in our suffering.” In Genesis 21, we read the story of Abraham, Sarah, and Hagar, and our sermon outline titled “When You Suffer, I Suffer,” develops the idea of how our choices affect others and affirms God’s transforming presence in the middle of suffering. Psalm 86 illustrates our response to suffering. Jeremiah 20 and Psalm 69 remind us how we might blame God for our suffering even when we are believers. Romans 6 talks about how suffering is universal and how it can be transformative. Lastly, Matthew 10 asserts that we are never alone when we suffer, and that God is willing to suffer with us.

When You Suffer, I Suffer

Have you ever felt alone? Truly alone? One of the things that broke my heart these past several months was thinking about people suffering from Covid-19 in quarantine. Because of the pandemic policies, people were not allowed to visit their loved ones in hospital. A friend of mine told me the most difficult thing she ever did was take her husband to the hospital with chest pains and difficulty breathing and then be told she could not stay with him. She wasn’t even allowed to go in and fill out the paperwork for him. She said the drive home was one of the toughest trips she has ever been on. Many who died from Covid-19 died without their loved ones near them. I can only imagine the feelings of loneliness.

Loneliness hits all of us time to time. Sometimes that loneliness is inflicted on us by others. And sometimes the loneliness we feel is based on a lie. 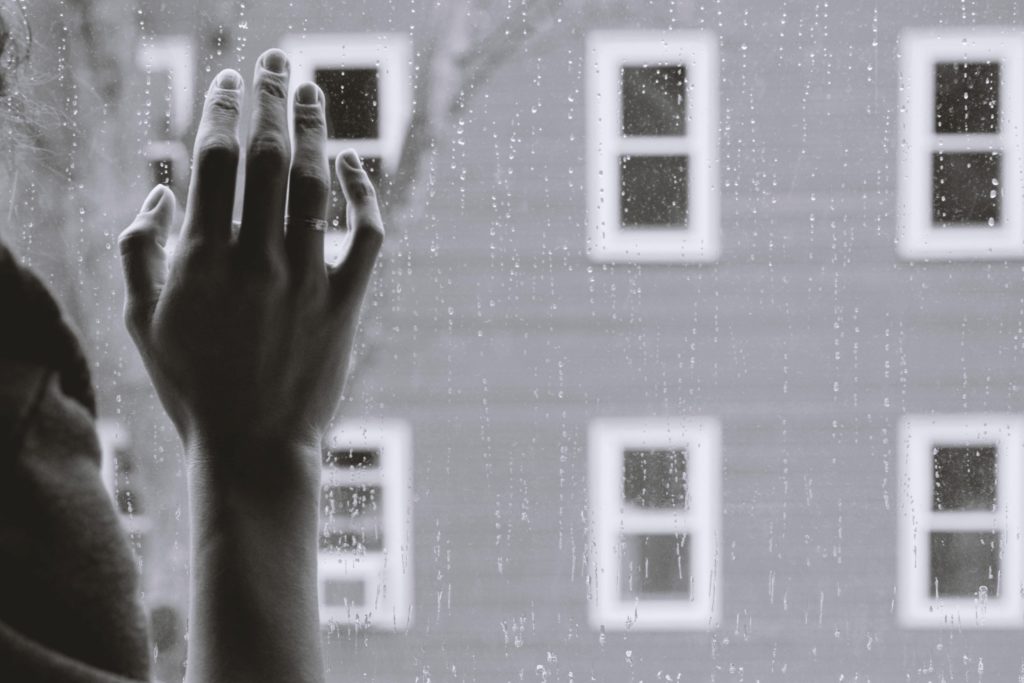 As you may recall, when Abraham was told he would be the father of many nations, and yet he was without a son, Abraham and Sarah believed they had to help God out. Sarah knew she was too old to have a child, so she told Abraham to conceive a child through a relationship with her servant, Hagar. As a result, Ishmael was born, and from their perspective, this helped fulfill the promise God made to them.

Of course, God did not need their help and he did not ask them to take matters into their own hands. God’s promise was fulfilled in the birth of Isaac, approximately 14 years later.

This brings us to today’s text:

The child grew and was weaned, and on the day Isaac was weaned Abraham held a great feast. But Sarah saw that the son whom Hagar the Egyptian had borne to Abraham was mocking, and she said to Abraham, “Get rid of that slave woman and her son, for that woman’s son will never share in the inheritance with my son Isaac.” (Genesis 21:8-10)

We take things into our own hands, we try to do things our way in a false notion that we are helping God or doing God a favor, then we get upset with the results. Earlier in Genesis we read about a rift between Sarah and Hagar while Hagar was still pregnant. Sarah became jealous and started mistreating Harar. Hagar ran away and God intervened and told her to go back. He also told Hagar her sons would be too numerous to count.

We don’t know what relationship Sarah had with Ishmael, but what we do know is that after Sarah had her own son, she saw Ishmael as a threat and wanted him out of the picture. Abraham was upset. After all, Ishmael was still his son.

The matter distressed Abraham greatly because it concerned his son. But God said to him, “Do not be so distressed about the boy and your slave woman. Listen to whatever Sarah tells you, because it is through Isaac that your offspring will be reckoned. I will make the son of the slave into a nation also, because he is your offspring.” (Genesis 21:11-13)

Here God repeats the promise about Ishmael. He will be a great nation. We know this to be true. The Arabic people are descendants of Ishmael, and Muslims call Abraham their father. We are connected through the same father Abraham.

Remember the song? “Father Abraham had many sons, many sons had Father Abraham. I am one of them, and so are you. So let’s all praise the Lord.”

Imagine if we all did that. One day we will.

Early the next morning Abraham took some food and a skin of water and gave them to Hagar. He set them on her shoulders and then sent her off with the boy. She went on her way and wandered in the Desert of Beersheba. When the water in the skin was gone, she put the boy under one of the bushes. Then she went off and sat down about a bowshot away, for she thought, “I cannot watch the boy die.” And as she sat there, she began to sob. (Genesis 21:14-16)

One can only imagine how alone Hagar felt. Outcast from what she knew as home, rejected by the father of her son, she believed she had been sent to die. She believed the lie that she was alone, and she failed to remember the promise God had given her about her son. She didn’t see a way out of her present circumstances. She left Ishmael under a bush. He was about 14, so either he was wilted and couldn’t go any further, or she told him to stay out of the sun while she went to get water. Either way, she went just far enough so he could not see or hear her, and she sat down to die. But God was not done with her, or with Ishmael.

God heard the boy crying, and the angel of God called to Hagar from heaven and said to her, “What is the matter, Hagar? Do not be afraid; God has heard the boy crying as he lies there. Lift the boy up and take him by the hand, for I will make him into a great nation.” Then God opened her eyes and she saw a well of water. So she went and filled the skin with water and gave the boy a drink. God was with the boy as he grew up. He lived in the desert and became an archer. While he was living in the Desert of Paran, his mother got a wife for him from Egypt. (Genesis 21:17-21)

Other translations say God heard the boy’s voice. As a son of Abraham, I wouldn’t be surprised to find out he was praying; and God heard his prayers and intervened. God provided water and a way out. Ishmael became an archer and he was given a wife from Egypt. The only other references to him are when Abraham died and Ishmael helped bury his father, Esau married a descendant of Ishmael, Joseph was sold to Ishmaelite traders, and Ishmaelites are mentioned a few times.

So what is the purpose of the story? Here are a few observations:

These are important observations, but I think the biggest lesson to this story is that we are never alone. Now, you might wonder how I got that. In one sense, no human is ever alone. God has made us for a purpose. But that does not mean that we can throw women and children into the desert, or abandon them in some other way, and expect God to do a miracle to help them out. God has not promised that no one will ever die of dehydration or malnutrition. Even believers can die in the desert.

But still, we are never alone. God has made promises to us—exceedingly great and precious promises, the New Testament says – and he will complete the work he has begun in us. He will not abandon us. Even though we walk into the valley of death, he promises to bring us out on the other side. He will be with us at every step, even if he does not intervene for us in the way we might want him to. He has already intervened for us in the person of Jesus Christ, and that’s what counts in the end. We will die, but we will also live with Christ.

Never will I leave you; never will I forsake you. So we say with confidence, “The Lord is my helper, I will not be afraid; What can mere mortals do to me?” (Hebrews 13:5-6)