A brief study of Jesus’ ascension

By James Henderson, Superintendent of Europe

Remember the song, “Up, Up and Away”? The lyrics said, “Would you like to ride in my beautiful balloon… For we can fly, we can fly.”

When the 5th Dimension released the song in 1967, it captured the dreams of many people. If only we could get away from it all; if only we could fly, we might float above life’s problems.

Let’s take off in our hot air balloon. Let’s sail above the clouds. The world would look less ugly from such heights. It would seem a nicer place compared to when viewed up close and personal. It sounds like a great escape. 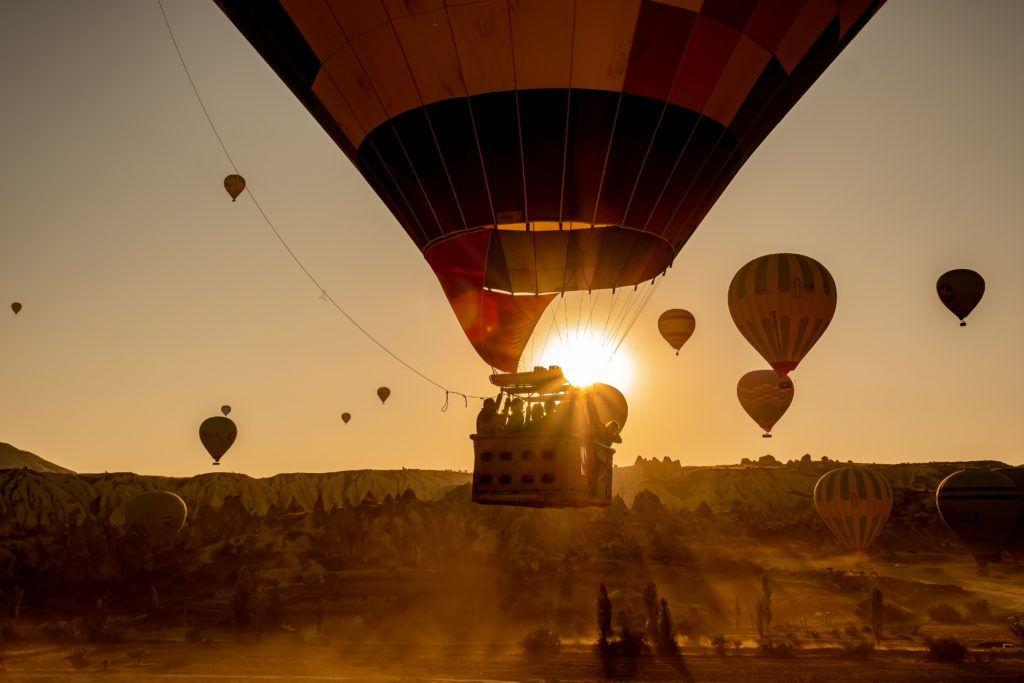 Jesus’ ascent to heaven, however, was not an escape to the heavens. It was not an attempt to get away from all his troubles; it was to bring us closer to God by sending the Holy Spirit. His plan is to be with us “always, to the very end of the age” (Matthew 28:20).

During the week before his crucifixion, we were constantly on Christ’s mind. He knew he would be killed, and he trusted that the Father would raise his body from the grave. He was less concerned about himself than he was about the disciples who would be left behind. And his thoughts were not just for the disciples alone: “I pray also for those who will believe in me through their message” (John 17:20). This is referring to us, we who would accept his grace in times to come.

“I will ask the Father,” Jesus explained, “and he will give you another Advocate to help you and be with you for ever… I will not leave you as orphans; I will come to you” (John 14:16, 18). Even though this was a time of anguish for him, his desire was to comfort his followers.

“Unless I go away, the Advocate will not come to you,” Jesus continued,” but if I go, I will send him to you” (John 16:7). After the resurrection, the disciples thought he would stay on earth “to restore the kingdom to Israel” (Acts 1:6). They still had not understood what Jesus had said to them, that he would send “another” Advocate—or Counselor, as we read in some translations.

Then the day came when “he was taken up before their very eyes, and a cloud hid him from their sight” (Acts 1:9). Luke notes that Jesus was speaking words of comfort as he rose into the skies, “While he was blessing them, he left them and was taken into heaven” (Luke 24:51).

What was happening? And what relevance does the Ascension have for us?

The answers are found in Paul’s letter to the Ephesians. The Father “raised Christ from the dead and seated him at his right hand in the heavenly realms” (Ephesians 1:20). Paul’s emphasis is that we participate in his resurrection and ascension: “God raised us up with Christ and seated us with him in the heavenly realms in Christ Jesus” (Ephesians 2:6). With him we can soar above our earthly problems. There is “an inheritance that can never perish, spoil or fade. This inheritance is kept in heaven for you” and me (1 Peter 1:4).

Jesus had voiced his thoughts to the Father for our sake. He did not need to speak aloud because he and the Father are one, but he wanted us to know his prayer: “I will remain in the world no longer, but they are still in the world, and I am coming to you. Holy Father, protect them by the power of your name, the name you gave me, so that they may be one as we are one” (John 17:11). We are “shielded by God’s power” through faith until the Second Coming (1 Peter 1:5).

This power was invested in the promise of the Holy Spirit. After his resurrection, Jesus told his followers, “I am going to send you what my Father has promised,” that they would be “clothed with power from on high” (Luke 24:49).

This same Spirit has been given to you and to me. The Spirit of Jesus dwells in us. Jesus has not left us. He has not abandoned us. Through the Spirit Jesus is here now, and we are with him eternally. That’s what the Ascension and Pentecost tell us.

Jesus went up, up and away into the heavens, but he did not leave us.

One thought on “Up, Up and Away with Jesus”