This week’s theme is A Higher Calling. Psalm 30 is a parallel between David praying, “I will extol you no matter what I face,” and Jesus in the Garden praying, “Not my will, but yours be done.” Jesus became the worthy lamb who was slain (Revelation 5), fulfilling that calling. John shares the story of Peter being redeemed by Jesus’ calling, “Feed my lambs.” The sermon focuses on Ananias’ response to his higher calling.

Introduction: Share a time when you (or perhaps your child) were chosen for something and how good it made you feel.

Who doesn’t love the enthusiasm of a child, who, when the teacher asks for a volunteer, shoots their hand up in the air and squirms with excitement saying, “Pick me. Pick me.” When it comes to something we enjoy doing, or something we know a lot about, and we are asked to participate, we are often more than willing to say, “Count me in!” Other times our response is a bit more reluctant. 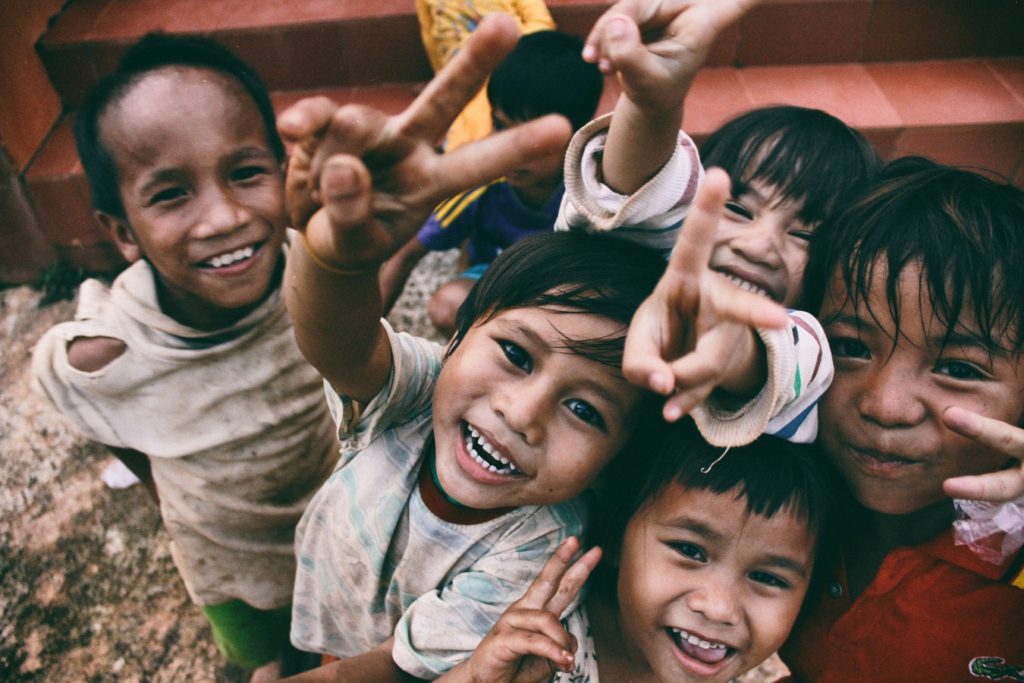 Ask the congregation for an example of a time when they excitedly said “Yes” to something they were asked to do. Or when they volunteered for something and it turned out to be an amazing experience.

Through God’s story in the Bible, we find times when God specifically calls someone by name. Some responded positively at the get-go; others were more reluctant. There are eight times when God called someone’s name twice. We may be familiar with the stories and the responses.

We can tell stories of Aaron, Joshua, Samson, David, the prophets, the apostles—all people whom God called and gave a mission. How do we respond to God’s call? Do we respond like Jonah, who ran and then spent three days in the belly of a fish, or do we respond as Isaiah responded when called? “Here I am Lord, send me.” No clue what he was in for, but he knew who he was in to—God.

Isaiah wasn’t the only one with that response—Ananias responded in the same way. Let’s look at the story in Acts 9.

A bit of background

Acts 9 starts off talking about Saul’s persecution of early converts:

Meanwhile, Saul was still breathing out murderous threats against the Lord’s disciples. He went to the high priest and asked him for letters to the synagogues in Damascus, so that if he found any there who belonged to the Way, whether men or women, he might take them as prisoners to Jerusalem (Acts 9:1-2).

This was a tough time for the disciples and the early church. Saul was a Pharisee and there is a good possibility that he was part of the Sanhedrin—the supreme council, or court of the Jews. And he wasn’t putting people into jail to spend a night or two, these prisons were horrific places to be. Many early Christians were horribly tortured—so Saul was not someone you wanted to mess with. You avoided him at all costs.

Here he is heading to Damascus to persecute more Christians. On the way, a bright light from heaven flashes and he falls to the ground. Let’s read the story:

“Saul, Saul, why do you persecute me?” “Who are you, Lord?” Saul asked. “I am Jesus, whom you are persecuting,” he replied, “Now get up and go into the city, and you will be told what you must do.” The men traveling with Saul stood there speechless; they heard the sound but did not see anyone. Saul got up from the ground, but when he opened his eyes he could see nothing. So they led him by the hand into Damascus. For three days he was blind, and did not eat or drink anything” (Acts 9:4-9).

Now the story really gets interesting for one man—Ananias.

In Damascus there was a disciple named Ananias. The Lord called to him in a vision, “Ananias!” “Yes, Lord,” he answered (Acts 9:10).

Here I am Lord, ready to do your bidding—the response each of us believes (hopes) we will give to God’s calling.

The Lord told him, “Go to the house of Judas on Straight Street and ask for a man from Tarsus named Saul, for he is praying. In a vision he has seen a man named Ananias come and place his hands on him to restore his sight” (Acts 9:11-12).

We don’t know if Ananias had a minor heart attack at that moment, but we can surmise this request scared him to death. Notice his response: “No way, Lord, this guy is trouble.”

“Lord,” Ananias answered, “I have heard many reports about this man and all the harm he has done to your holy people in Jerusalem” (Acts 9:13).

Have you ever prayed this way—as if you are talking God into something or acting like God isn’t already aware of the situation? But God, let me share the facts with you. You must have forgotten who this guy is and what he has done to you…

But the Lord said to Ananias, “Go! This man is my chosen instrument to proclaim my name to the Gentiles and their kings and to the people of Israel. I will show him how much he must suffer for my name” (Acts 9:15-16).

I can’t help but wonder if Ananias had a little smirk on his face when God said, “I will show him how much he must suffer…” But God also said, “This man is my chosen instrument…” I imagine Ananias had conflicting emotions. Still, God said Go, so Ananias went…

Then Ananias went to the house and entered it. Placing his hands on Saul, he said, “Brother Saul, the Lord – Jesus, who appeared to you on the road as you were coming here – has sent me so that you may see again and be filled with the Holy Spirit.” Immediately, something like scales fell from Saul’s eyes and he could see again. He got up and was baptized, and after taking some food, he regained his strength (Acts 9:17-19).

We know the rest of the story. Saul becomes Paul and after more training begins his ministry to the Gentiles. He wrote more letters—turned into books of the Bible—than the rest of the apostles combined. Because Ananias meant what he said when he said, “Here I am, Lord,” he was a big part of the gospel being spread throughout a large part of the Gentile world.

Most of us won’t see a vision from God giving us a specific place to go, but our calling to go is just as meaningful. Our calling is to go—make disciples—share God’s love and life with others—show others who their Father is.

When we say, “Here I am, Lord,” and are willing to follow him and go with him and minister with him, we are joining something that will change us. We are participating in what Jesus is doing—bringing many sons and daughters to glory. We are giving people hope by telling them their sins are forgiven, they are loved and God wants to live in them.

We are walking alongside them as Jesus helps them see why their way of life leads to such discontent. We help them see that God always has their best interests in mind. We help lift people when they are down, hold them up when they are falling, give them a shoulder to cry on, give them someone to lean on, and share life with them. We also share our hope, our joy, our faith and whelp them know the one we call Papa and the one we know as Jesus.

God has called us to go—to partner with him in sharing good news others need to hear. What are you doing with that call?

Ask God to place a name or names in your heart and mind—people he wants to draw you to and share life with. And when those names come to mind, my prayer is that your response to God is, “Here I am, send me.”