This week’s theme is We have a new beginning in Christ. Psalm 126 talks about how God restored Zion and gave Israel great hope. In his letter to the church in Philippi, Paul says everything he had is dung compared to what he has in Christ. In John we read about Mary anointing Jesus, which Jesus calls the greater thing. This week’s sermon focuses on the words of God in Isaiah, “See, I am doing a new thing.”

Our Do-Over with Jesus

Have you ever heard of a mulligan? I’m not referring to an English stew made of whatever was left in the kitchen. According to the Urban dictionary and Wikipedia, “A mulligan is a second chance to perform an action—usually after the first chance went wrong through bad luck or a blunder.” It’s a term some nonprofessional golfers use when a player hits a bad shot and tries again—often only offering one mulligan per nine holes. After an errant drive the golfer will say, “That’s my mulligan,” and set up for a new drive. In essence, it’s a do-over.

Suggestion: Share a time you wanted to call “Mulligan” and have a do-over. It could have been in a game, a project, how you dealt with an issue, your career, etc.

I’ve got a question. Have you ever wanted a do-over? Perhaps I should ask how many times you’ve wanted to call “Mulligan,” and start over. Perhaps you wish you’d chosen a different career. Maybe you can think of a time you overreacted to your spouse or child and wish you could take it back and start over. Perhaps you think your entire life needs a mulligan—you’ve made so many mistakes, the only hope is to start over.

Let’s go a bit deeper—have you ever wanted to cry “Mulligan” with God? Have you ever said, “Lord, just give me a second chance, or another chance”? “Lord, can I just start over?” Can I believe what the prophet Isaiah said and have God start a new thing? I’m guessing many of us have.

Let me ask one more question. Have you ever heard someone say they aren’t good enough for God? When you press, they share that their life is too full of sin for God to want them. They believe they have surpassed God’s willingness or ability to forgive—he has no more grace for them. Perhaps you’ve felt that way a time or two in your own life. I know I have. 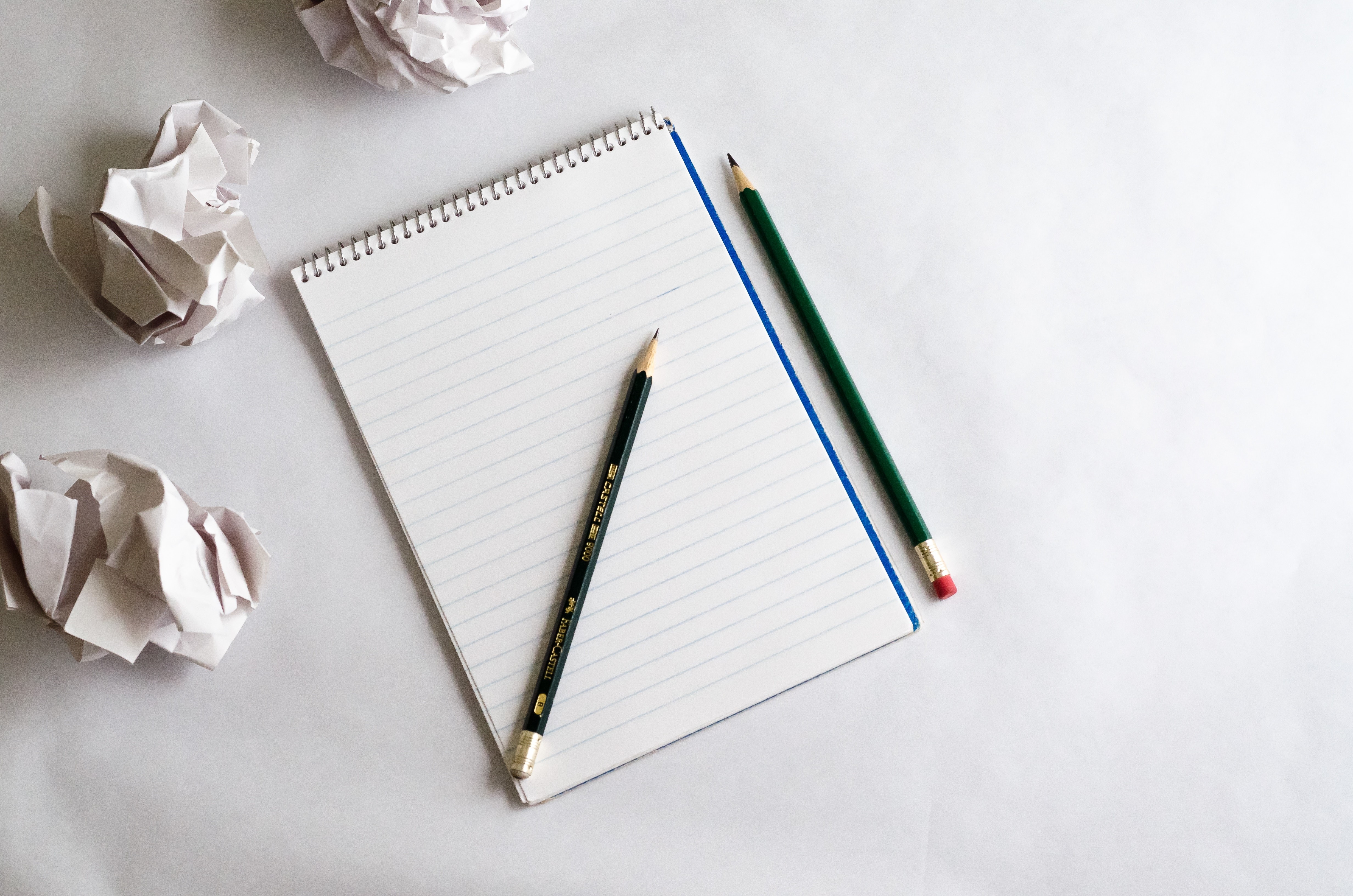 Who doesn’t think Moses wished he could have called a mulligan when he didn’t follow God’s instructions? God told Moses to speak to a rock and it would produce water—but Moses let his emotions get in the way, yelled at the Israelites and then struck the rock with his staff. This bad decision cost him dearly.

I would guess the Israelites had several occasions when they wanted a “do-over.”

Do you think Samson wished he could call a mulligan when Delilah cut off his hair and he lost his God-given strength?

I’d bet Jonah wished he could call a “do-over” and go direct to Nineveh and skip the whole fish-swallowing episode.

Do you think Peter wishes he could have called, “Mulligan” a few times—like when he told Jesus he could not die, and Jesus had to rebuke him? Or the time he cut off the ear of the servant in the Garden of Gethsemane, or when he denied Jesus three times?

And what about Paul—who doesn’t think he wishes he could have called a “do-over” and believed Jesus from the beginning—before he condemned so many early Christians to prison or death?

And what about you? I am confident we all have things in our lives we wish we could take back, or do over, and so many times we wish we could say, “Mulligan” and act as if it were a new beginning. And sometimes we let these thing—mistakes, sins, omissions—become so big in our mind that we start to believe they affect how God looks at us. We start to believe the lies that we aren’t good enough, that we committed that particular sin too many times, that we will never learn, that God can’t love someone like us.

But here’s the kicker—we don’t need mulligans or do-overs. That’s good, because the truth is, doing things over wouldn’t change much—we’d still be who we are and we’d likely make many of the same mistakes over again—or we’d just make different mistakes. That’s the practical side of the issue, but there is a much more important reason why we don’t need mulligans or do-overs—it’s because of who God is.

Illustration: I have a pastor friend who spent most of his life believing God had heavenly scales that weighed all our deeds. On one side God lists all your good deeds, and on the other side he lists all the bad things you did. The hope is your life has more good deeds than bad. Now, my friend knew there was no actual set of scales, but he still struggled with all the mistakes he’d made. And his real fear as a young person was that he would die in the middle of a sin and not have a chance to repent. For example, if he lost control of his car and was headed for a cliff or a tree—the last words out of his mouth would be bad language or a curse. He laughs now, but it was a real fear as he grew up.

Since I mentioned Israel as an example of desiring a do-over, let’s talk about them a bit.

Israel was a nation because of a promise God gave to one wandering Aramean—Abram. Abram wasn’t righteous, but he believed, and that was counted to him as righteousness. Abram—who God renamed Abraham – was given the promise of a son. Rather than wait for God, he had a son through his wife’s servant, Hagar. This son, Ishmael, is considered the forefather of the Prophet Mohammad. Around 13 years later, Abraham had another son, Isaac. Isaac had twin sons, Esau and Jacob. Esau was born first, but Jacob manipulated things so he received the birthright instead of Esau and then he deceived his father Isaac so he would receive the blessing reserved for the firstborn.

Jacob had 13 children. Leah gave him six boys and at least one daughter; Rachel gave him two sons. Two more sons were from Leah’s servant, Zilpah, and two were from Rachel’s servant, Bilhah.

The lives of our forefathers display clearly that God did not choose them because of their example—or their faith. The biblical story focuses on God and his faithfulness. His covenant promise wasn’t made because these men were great, but because God is great.

The story continues when 10 of the brothers sold their younger brother, Joseph, to some traders. Joseph ended up in Egypt where God used him in powerful ways. As you know, the entire family ended up in Egypt and there they remained for several centuries.

During that time Israel grew from a large family to nation of people—estimates of 4-6 million people. God led the family to Egypt in the time of severe drought, and he led the nation out of Egypt to a land flowing with milk and honey. Did they become righteous while in Egypt? No, far from it. They were a nation of sinners, whiners and complainers—and God remained faithful to them.

The prophet Isaiah speaks of this faithfulness:

This is what the Lord says—he who made a way through the sea, a path through the mighty waters, who drew out the chariots and horses, the army and reinforcements together, and they lay there, never to rise again, extinguished, snuffed out like a wick: “Forget the former things; do not dwell on the past. See, I am doing a new thing! Now it springs up; do you not perceive it?” (Isaiah 43:16-19).

Prior to going to Egypt, God gave the family of Abraham, Isaac and Jacob a new name—Israel—and a covenant. (The name Israel is a combination of the Hebrew words for “wrestle” and “God” and implies wrestling with or clinging firmly to God.)

When he led them out of Egypt, he gave them a new beginning. And this new beginning is what Isaiah talks about. “Forget the former things; do not dwell on the past. I am doing a new thing.” Isaiah is not telling them to forget the Exodus—he is reminding them of it! They are to remember that God makes new beginnings, and this is what they need in Isaiah’s day. Forget about how deeply you have sunk into sin—God will renew you now, just as he did before.

There are many scriptures in the Bible reminding us that God does not count our sins against us; that he has removed our sins as far as the east is from the west; that nothing can separate us from his love. But sometimes we think those passages apply to others, and not necessarily to us. After all, we know better and we still sin. (As if others don’t know better, so their sins are not as offensive.) It’s easy to think we aren’t good enough, we aren’t studying or praying enough, we aren’t giving enough, we can find all kinds of things that make us feel we aren’t right with God and we feel the need to ask for a mulligan or a do-over so we can get right with God. When we feel this way, however, we need to recognize that our feelings are lying to us. Yes, you heard that correctly. Our feelings can and do lie to us – especially when it comes to our relationship with God.

On our own, we will never be good enough for God—and he doesn’t expect us to be, because he is good enough for us. Our past, our sins, our rebellion is not, and never can be, more powerful than God’s grace.

We don’t need a do-over with God because he’s already given us the ultimate do-over in Christ. We don’t need to call a mulligan because he doesn’t hold our sins against us. God, through Jesus Christ, gave us the perfect mulligan, the perfect do-over. He gave us a new beginning, the old is not counted against us—we are a new creation.

It’s been said, yesterday is gone, tomorrow is not promised, you just have today. Right here and right now is what matters in your relationship with God.

Listen to the words of Isaiah: “Forget the former things; do not dwell on the past. See, I am doing a new thing! Now it springs up; do you not perceive it?”

See what God has done, is doing and promises he will do. He is doing a new thing in you—open your eyes to see it spring up. Jesus came for you, he died for you, he rose from the grave for you, he ascended for you, and he sent the Holy Spirit to dwell in you.

Give God this day, today.