This week’s theme is The Liturgy of the Passion. The prophet Isaiah talks about God giving strength in the midst of adversity as this prophecy refers to Jesus’ passion. The Psalmist also refers to Jesus’ passion as he reminds us of Jesus’ faithfulness in God’s deliverance. Paul reminds the church at Philippi to put on the mind of Christ, and this week’s sermon takes us through the details of Jesus’ last day.

Hand in Hand with Jesus

Today is called Palm Sunday and it pictures the day Jesus walked down from the Mount of Olives and many greeted him with palm leaves and shouts of praise. As he descended, Jesus stopped and looked over the city. Because of who he was, Jesus was able to see the entire history of the city as well as the current temple and the mixed group of people. He saw all the deception, all the sin, all the filth, all that had turned the people away from God and he wept. He saw so many people who didn’t know they had a Father who loved them, like sheep without a shepherd, he said. He longed to gather them together as a hen gathers her chicks under her wings offering them shelter and protection. It was one of the most emotional scenes we see with Jesus. He knew what he was facing, yet he raised his face, squared his shoulders and continued his journey into Jerusalem.

When the hour came, he took his place at the table, and the apostles with him. (Luke 22:14 NRSV)

Jesus and his apostles are reclining “at the table.” An interesting point here: Leonardo DaVinci’s painting is not an accurate portrayal of the last supper. The seating was more likely in the form of a Roman Triclinium, three lounge areas around a center table full of food and drink. There was often specific seating. Jesus would have been at the center table off to the left. On his right, taking the corner position would have been John, and on Jesus’ left would have been Judas. The disciples were reclining on their sides, leaving one free hand to eat and drink.

At this triclinium table, Jesus gives us the sacrament of Communion, pointing to his finished work on the cross. It is at this table where we find rest. Like the disciples, we are called to recline at this table—to rest in him, to find our complete rest in his death for us. We do not turn dying to self as another work we must perform, but rather a reality in Christ that we receive. Otherwise dying to self just becomes another form of legalism where self-denial and self-abasement are attempts to control. This attempt of dying to self is really a form of suicide. Instead of receiving Jesus’ forgiveness and gift of life paid for by his death, we try to create a contract where our death pays for our shameful choices in life. This is not the restful life Jesus’ death brings us into. He wants us to face the reality that we cannot do for ourselves what Christ does for us. We realize the sufficiency of Christ’s death. 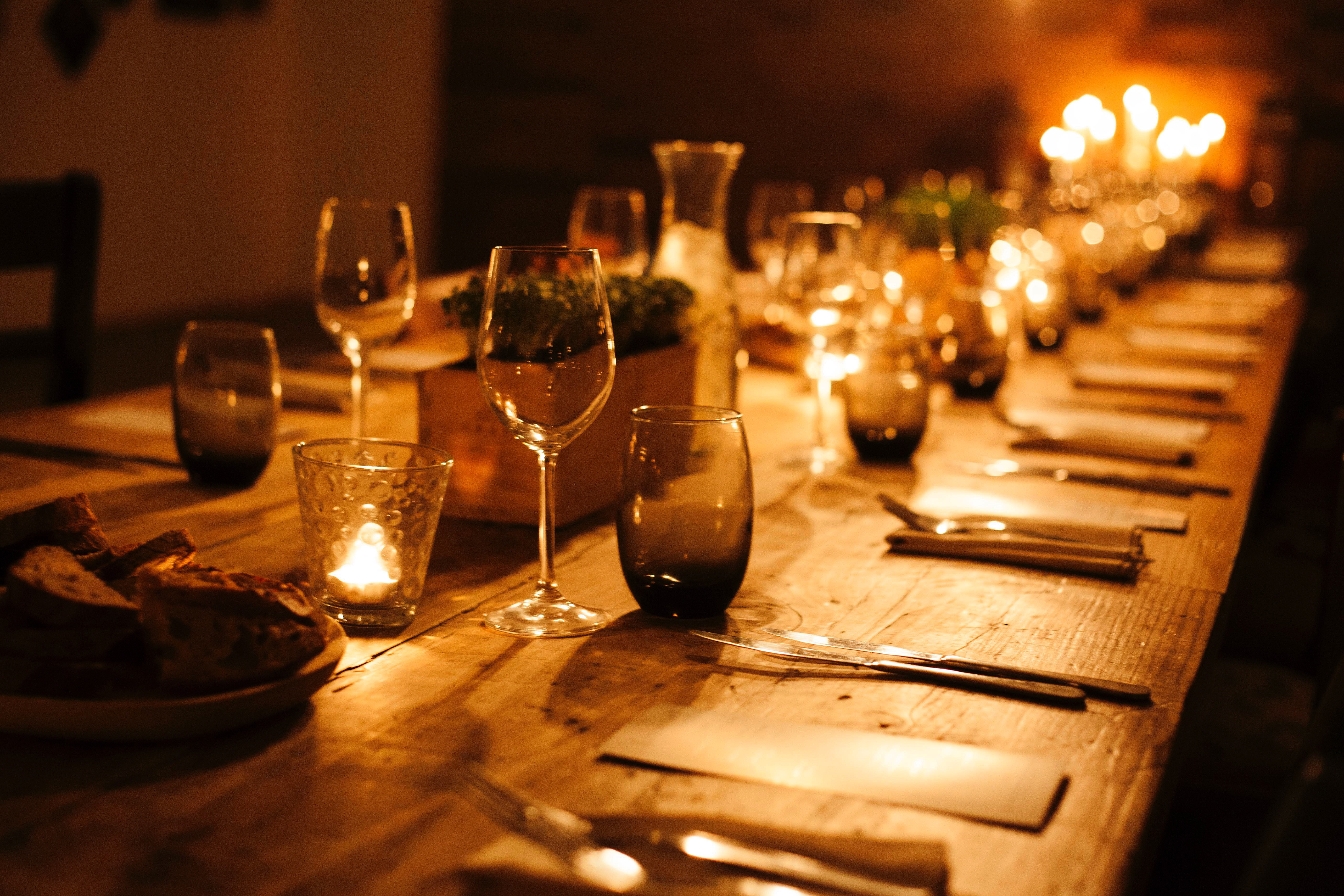 He said to them, “I have eagerly desired to eat this Passover with you before I suffer; for I tell you, I will not eat it until it is fulfilled in the kingdom of God” (Luke 22:15-16 NRSV).

Note that Jesus tells his apostles that he has “eagerly desired” to eat this Passover. He is not saying he eagerly desired to face what he was facing or to go to the cross—he eagerly desired to be in communion with his disciples. This is the heart of God. Jesus, as fully God and fully human, knows that the Father’s desire is to share fellowship with us—to be in a communal relationship with us. He also knows it is humanity’s deep desire to share fellowship, relationship and communion with God. Jesus desires a covenant relationship, not a contract negotiation. This is the life he is inviting us into at this supper.

Jesus vows not to eat or drink the Passover again until the Passover was fulfilled, which would happen the next day—on the cross. It was on the cross where Jesus  fulfilled the restoration of communion between God and humanity. After he makes this vow Jesus puts into the hands of all the apostles the cup of wine that will become the cup of the new covenant in his blood. He institutes the Lord’s Supper as a way of pointing to him.

Then he took a cup, and after giving thanks he said, “Take this and divide it among yourselves; for I tell you that from now on I will not drink of the fruit of the vine until the kingdom of God comes.” Then he took a loaf of bread, and when he had given thanks, he broke it and gave it to them, saying, “This is my body, which is given for you. Do this in remembrance of me.” And he did the same with the cup after supper, saying, “This cup that is poured out for you is the new covenant in my blood” (Luke 22:17-21 NRSV).

In Luke’s Gospel , we have Jesus giving us the sacrament of Communion before he reveals the betrayer. As we look at Judas, we see that his belonging preceded his betrayal. We do not betray that to which we do not belong. Jesus reveals his betrayer as the one whose hand “is with mine on the table.”

But see, the one who betrays me is with me, and his hand is on the table. For the Son of Man is going as it has been determined, but woe to that one by whom he is betrayed (Luke 22:21 NRSV).

As I shared earlier, according to tradition Judas would have been at Jesus’ left hand.

Judas is standing in for all humanity. He is not the worst sinner of the bunch that Christ’s sacrifice doesn’t reach but rather he is a picture of our betrayal of the Father to whom we belong. Judas acts out for us our life of control instead of trust. Like all humanity since the Garden, Judas chose to take matters into his own hands rather than trusting God.

Later, when Judas sees Jesus being condemned to die, he is remorseful that his controlling ways got out of control. He then tries to regain control by making amends for his actions in returning the 30 shekels of silver. The religious rulers of the day reject his attempt of repentance. From here Judas becomes his own judge and in one final act of control takes his own life by hanging himself from a tree. From start to finish, Judas has lived and died in the self-destructive choice of control.

Hand in hand with this event, Jesus is hanging on another tree—the cross. From start to finish, Jesus has lived and died in the redemptive choice of trust. He puts his trust in the Father from birth to death and gains for us the forgiveness religion has denied. He becomes for us our true judge who pronounces us righteous and not guilty. Jesus stands over and against the tree of death Judas and all humanity hangs on and becomes for us the tree of life from which we can now eat.

At the cross, Jesus takes all our betrayal, sin and death into his own death for the purpose of redeeming it and healing it. We see that the wrath of God on the cross is the love of the Father, Son and Spirit burning away all that stands against our communion with him. When Jesus died, we died. Our death is hand in hand with Jesus’ death.

As we anticipate Easter, we can begin to see that our life is also hand in hand with his. There is a resurrection that follows the cross. There is no betrayal that God’s grace doesn’t restore to belonging.