The theme for this week is emptying ourselves as Jesus did. In Isaiah 50, we hear the song of the suffering servant who trusted in God’s plan even though he was being mistreated by humanity. In Psalm 31, the poet talks about trusting in God even though he appeared to all his neighbors to be losing and defeated. In Philippians 2, Paul tells us to take the same humble mindset of Jesus, who, even though he was God in the flesh, emptied himself of his rights and power. Our sermon, Jesus, Friend of Losers, is based on Matthew 26. These passages tell the story of the King who embraced life by dying and whose crown was made of thorns.

For we do not have a high priest who is unable to sympathize with our weaknesses, but one who in every respect has been tempted as we are, yet without sin. (Hebrews 4:12 ESV)

Is it strange to start our discussion of the Passion narrative, the story of Jesus’ suffering and death, with a verse from Hebrews? Maybe. But this verse sets up for us one of the deepest realities about Jesus, and one that comes to full fruition in this passage. 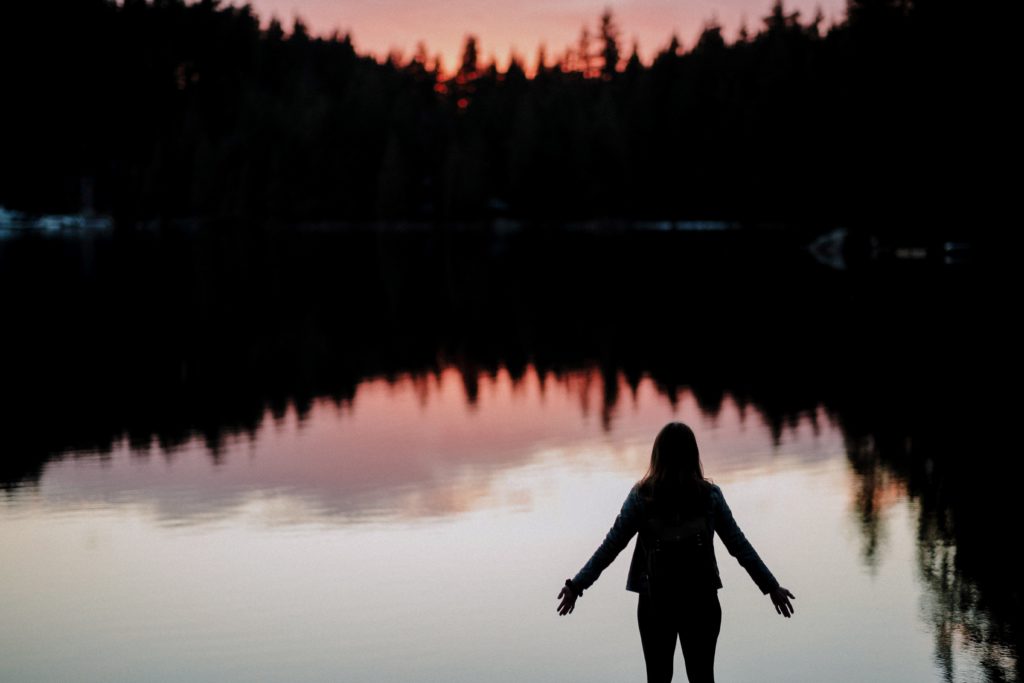 Jesus is no textbook junkie. He’s one who was tempted in every way as we are and experienced some of the worst of the human condition. Think about it:

Jesus is no textbook junkie. He understands what it means not only to be tempted like we are, but to live a life that most of us haven’t had to live. Then he died a death that none of us will ever have to endure.

Our passage for this week, from Matthew 26 and 27, tells the complete story of Jesus’ last meal, betrayal, arrest and crucifixion. Throughout the story, until it’s turned to a deafening pitch, we see someone who experiences the most painful and universal feeling of being a human: to lose. To lose—to be betrayed by your closest inner circle, to yell prayers into the empty night, to look like a complete failure.

We have a romanticized view, understandably, of these events in the life of Christ. We think of him as the misunderstood hero who kept to his vision despite all odds. But in the moment, at the time, Jesus looked like someone we’ve all been in life: the loser. The loser with his world crashing around his ears. The loser pleading with his friends just to stay awake with him for a little while. The loser whose life’s work is mocked and derided by the crowd. The loser crying out on the cross.

Let’s look through this night, the last night of Jesus’ life, to see how he embraces this loser status. He becomes the high priest who knows not only what temptation feels like, but also what loss, betrayal and perceived failure feel like—no textbook junkie here. This is the climax of Jesus’ ministry—what he’s been talking about through his whole ministry.

Until these very last moments, even after his resurrection, his inner circle is looking for his show of military power as he kicks Rome out of Israel at last. But in his passion, Jesus embraces the ultimate fruit of humanity’s failure: death that came by sin. He experiences our pain, our alienation, and weakness—his throne is an instrument of torture and his crown is made of thorns. His highest moment is his lowest moment.

Let’s walk through the passage and see what God will show us.

Then one of the twelve, whose name was Judas Iscariot, went to the chief priests and said, “What will you give me if I deliver him over to you?” And they paid him thirty pieces of silver. And from that moment he sought an opportunity to betray him. (Matt. 26:14-16 ESV).

The betrayal of a friend. Think of that part of the movie where we know something the main character doesn’t know—we see their enemy sneaking up or the main character’s spouse leaving to cheat. There’s a reason that device shows up so often in movies and books—we can all identify with it. Jesus knew what has coming, but his disciples did not.

The thirty pieces of silver they counted out for Judas wasn’t as much as people thought. Historians differ about the value of a piece of silver, but most estimates say the silver would be worth between $200 and $3500 today. Not a lot of money to betray someone over to death.

Knowing the amount in today’s terms reframes this a bit and makes it even more pathetic. The established powers want this irritating character Jesus taken care of. Maybe this isn’t the first time they’ve “gotten rid” of a political problem like him. They pay a weakling a so-so sum of money to get the ball rolling.

This isn’t a dramatic moment involving epic battles and famous kings—this is a seedy, back-alley exchange that brings out the worst of the people involved.

And taking with him Peter and the two sons of Zebedee, he began to be sorrowful and troubled. Then he said to them, “My soul is very sorrowful, even to death; remain here, and watch with me.” (Matt. 26:37-38)

Have you ever been in this scenario? When you’re scared and feeling exposed and you ask a friend just to sit there with you. When you just want someone to hold your hand or put an arm around you—no words needed, just someone else’s presence.

Asking for this kind of presence is pretty humbling. You have to admit that you’re fearful, that you don’t want to be alone. We see Jesus going through this—something we can all identify with at the end of the day. Don’t leave me; just stay here with me, I don’t want to be by myself.

And they fell asleep on him. He didn’t ask for much—not military defense, not money, not some great words of wisdom. He just asked for someone to be there in the night with him. And they failed him.

Jesus knows what this utterly human feeling is like. When a spouse left you in an empty house. When you got laid off and carried the cardboard box to your car in front of everyone. When a trusted friend didn’t answer that late-night call. He understands this, he’s been there.

And behold, one of those who were with Jesus stretched out his hand and drew his sword and struck the servant of the high priest and cut off his ear. Then Jesus said to him, “Put your sword back into its place. For all who take the sword will perish by the sword. Do you think that I cannot appeal to my Father, and he will at once send me more than twelve legions of angels? But how then should the Scriptures be fulfilled, that it must be so?” (Matt. 26:51-53)

Peter does his thing here. Peter is known for shooting first and asking questions later (if at all). John says that a “band” of soldiers came for them. Peter, out of sheer emotion, makes his move.

It’s already absurd to have a band of soldiers come down on four guys in a garden. Then one of the guys tries to defend himself.

But then Jesus does what, by the world’s standards, makes him a loser. He says, stop! No more! No more violence—no more eye-for-an-eye! It ends tonight! Peter, put down your sword.

In our world, the winner is the most powerful, the most fearless, the one who demolishes his enemies. Here Jesus stops this cycle, just as he’s about to stop the whole thing with his life. He will not take up revenge—he will lay himself down.

Look back through Jesus’ life for a moment and you’ll find he does most of his best work with losers. His friends are all fringe people who have been left behind by society: prostitutes, smarmy sell-out tax collectors, terrorists and petty thieves.

He touches the lepers and defends adulterers caught in the act. Why is Jesus not only the friend of sinners but the friend of losers? He comes first to those whose only qualification is their need. As he shared earlier, he was willing to leave the 99 to find that one who wandered off. At other times perhaps he is willing to leave the one to find the 99—ignoring the one percent of society to seek the rest.

The longest one-on-one conversation we have recorded by Jesus was with the woman at the well—a discarded person with a checkered past trying her best to hide from the world. No one was watching; she had no political connections he could leverage.

And here he is, more than any other time, joining their number. Here he is at his most powerless, giving up control, letting himself be crushed by the merciless gears of society.

The saddest moment is not his death, but just a little before.

Now from the sixth hour there was darkness over all the land until the ninth hour. And about the ninth hour Jesus cried out with a loud voice, saying, “Eli, Eli, lema sabachthani?” that is, “My God, my God, why have you forsaken me?” Matthew 27:45-46

And that is the final breaking. That’s when Jesus fully expresses the human experience—the feeling of being abandoned by God. There’s nothing worse, and nothing more universal.

When we see another mass shooting on TV, when a young person in perfect health dies in an accident, when a baby is born sick, when the categories of good and evil and cause and effect have exploded and there’s no logic to be found, we ask: Why have you forsaken us?

Jesus has now been to the depths of the human condition. He’s looking at it all from down here with us. Did Jesus fully explain how the trinity works at that moment? How God could seemingly abandon God?

No, he didn’t hold a theological lecture in that moment—he cried out what was on his heart. He was a Jewish man who knew these scriptures up and down. He had grown up reciting, reading and singing them throughout the year. He’d expressed joy and pain through these scriptures.

Now he expresses the deepest pain through those words: abandonment, forsaken. Where are you?! Jesus is no textbook junkie. He knows it, he’s been there. He knows the kind of pain that causes people to think, just as the Psalmist did long before, that God was ignoring them.

The resurrection is coming, don’t worry. The temptation this week is to start talking about that right away. But let’s pause right here.

The last line of our reading for this week says:

So they went and made the tomb secure by sealing the stone and setting a guard. Matthew 27:66 ESV

Maybe it’s Good Friday in your life right now. Maybe you feel like they’ve sealed the stone and secured the tomb. Part of the message of Christ’s life is that you’re not alone in that darkness. You’re not the first one to go through it.

Jesus came all the way down into our darkness. He never left the project, he never pulled out and scrapped the whole thing. In Christ, God told us the human experiment is worth it. Jesus, friend of losers, experienced humanity all the way through. From the minor annoyances of friends who don’t get it, to the darkness of feeling like God had abandoned him.

From Speaking of Life: Peter, Put Down Your Sword

From the Sermon Jesus, Friend of Losers

Quote to ponder: “Only after a guilty verdict can there be a pardon.” ~M. Scott Peck