The theme this week is witnessing resurrection. In Acts 2, Peter witnesses to the resurrection, telling the people that their story has been re-written and the interpretation is here at last. In Psalm 16, the poet speaks about always having hope in God’s vindication (resurrection) before him no matter what’s going on. In 1 Peter 1, the apostle encourages the community that their resurrection reality can’t be touched or tarnished by human hands but is secure in God’s hands. Finally, our sermon, “Blessed Are Those Who Doubt,” is based on John 20. Thomas the great doubter becomes the great witness and theologian as he declares Jesus to be “My Lord and my God.”

Blessed Are Those Who Doubt

The phrase “doubting Thomas” has been used for centuries. Every time someone doesn’t see the big picture or believe the ends can come together, we might sneer and call them a “doubting Thomas.”

Except by name, Thomas shows up only in the Gospel of John. He has a couple of one-liners, and then one famous scene that gave him his nickname. Let’s look today at who he might have been, what he may have been like as a person, at his later ministry and finally his death for the cause of Christ.

All of the disciples’ lives were transformed. Matthew went from a user and a perceived traitor to a great champion and a servant. Peter went from a loose-cannon hothead to a dependable and strong leader of the church. Jude went from the paranoid worrywart to the fierce guardian of the gospel. 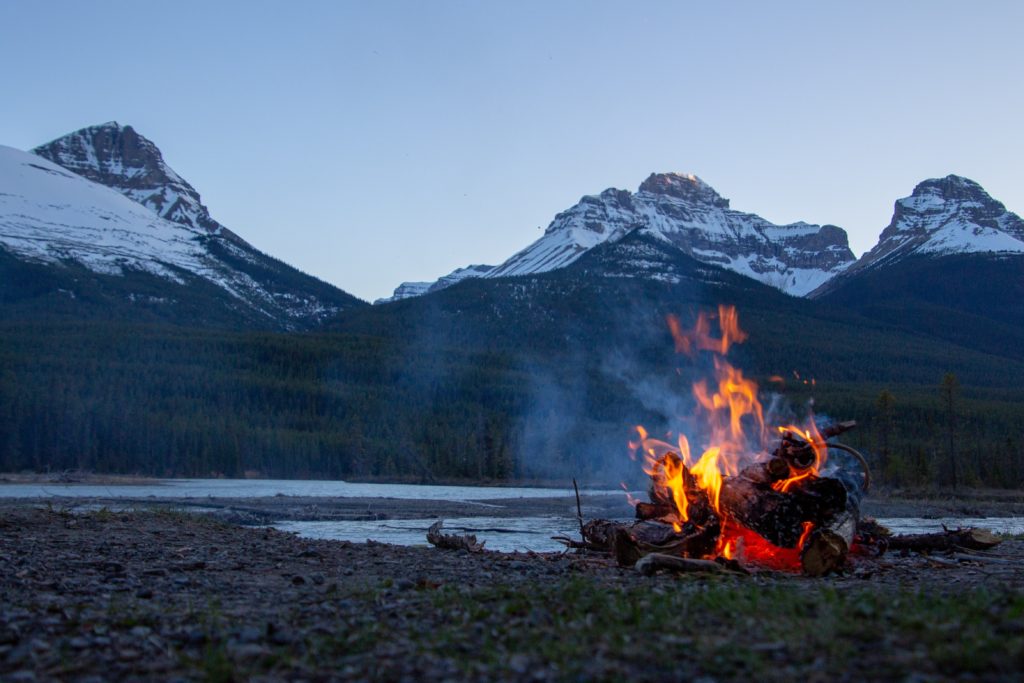 One famous example is the British theologian and thinker C.S. Lewis – a very fitting person for today’s sermon. He lived in England in the first half of the 20th century as part of the well-educated upper class. In his part of society, it was a time of intellectually arrogant atheism in which philosophers thought they had discovered the truth about the human situation and were finally freeing all of us from the shackles of religion and faith. Lewis was part of this until, through his independent research (and, as he knew later, the leading of the Holy Spirit), he thought his way into becoming a Christian. He came to a crisis of faith in his atheism and realized he couldn’t deny the claims of Christ.

But God never called him away from the halls of academia; Lewis remained a professor at Oxford until he died. God used his rigorous mind and academic training, which had written off Christianity altogether, to instead defend the faith. Lewis wrote some of the most important books of theology that have been published in the last hundred years and brought untold numbers to Christ.

God doesn’t want to demolish us; he wants to redeem us. There are other faiths in the world that believe that everything you are is evil and that God wants to wipe it all out before he can come into your life. Some people meditate their personalities into oblivion or set up so many rules that they can’t even move without making God mad somehow. But Jesus isn’t about that. We don’t see him destroy the men and women he chose to be his inner circle. We see him correct them and reform them, but we also see him cherish and celebrate them.

So, Thomas is one of Jesus’ apostles. Later tradition says that he was an architect, and that may be true. He seems to have a systematic mind, putting some things together and complaining when things don’t quite fit together. But what he’s known for most famously is doubt.

Doubt has a strange reputation in the Christian world. It’s a bit like bad breath. Everyone’s had it, it’s not an uncommon occurrence. But nobody wants to talk about it, and nobody wants to be around it. And when one does encounter it—from the co-worker who corners you in your cubicle or that guy who’s been eating all the garlic bread at the party—it seems like you’ve never encountered it before! Surely MY breath has never been that bad. Surely if that person would just brush their teeth or use a breath mint or have some consideration for others, it would be taken care of!

Doubt is similar. If we have a question about certain parts of our faith, we hide it. We’re embarrassed by it. We wonder: is doubt sinful? We’ve been told over and over by preachers that if we just had enough faith, our doubt would all disappear. Everyone else seems to be on board, so let’s put those party-pooper questions away for the moment, get with the program! Surely no one will notice my bad breath, I’ll just put my hand over my mouth when I talk!

Doubt is NOT sin. Doubt is as much sin as sneezing or blinking in the sunlight. It’s a reaction, it’s part of the way God made you. Doubt is a protective, it’s a cleansing agent for your mind.

Part of the reason Hitler was successful was because he taught people not to doubt. He didn’t give them answers—he gave them slogans and fervor. People turned their brains off and put these slogans in where the questions should have been. And we all know the result. Doubt is made to protect us from such things, to call our brains to wake up to what’s coming our way.

It can go too far, though. Doubt seems to be the mantra of our age. It is a time of dogmatic cynicism. A time of not believing in anything. Our automatic reflex is to doubt. Just look at the movies. Many times, if there is a pastor or other spiritual leader in a movie, you just have to wait a little to find out that he/she is secretly stealing money or sleeping with their secretary. The “good” character is often a farce, often a fake.

We live in a world in which a handshake doesn’t mean anything anymore—you need an army of lawyers to make and enforce any kind of agreement. Instead of any sort of community of belief, everyone picks out their own worldview because they don’t trust anyone anymore. Doubt is the default setting in our culture.

This cynical place is where Thomas seems to be by the end of Gospel of John. He’s followed the wild ride of Jesus’ career and seen him die. Jesus looks like all the other “messiahs” that came through town, upset the wrong apple cart, and ended up dead or skipped town. Thomas is over it, and not about to let himself get fooled again.

Now Thomas, one of the twelve, called the Twin, was not with them when Jesus came. So the other disciples told him, “We have seen the Lord.” But he said to them, “Unless I see in his hands the mark of the nails, and place my finger into the mark of the nails, and place my hand into his side, I will never believe.” Eight days later, his disciples were inside again, and Thomas was with them. Although the doors were locked, Jesus came and stood among them and said, “Peace be with you.” Then he said to Thomas, “Put your finger here, and see my hands; and put out your hand, and place it in my side. Do not disbelieve, but believe.” Thomas answered him, “My Lord and my God!” Jesus said to him, “Have you believed because you have seen me? Blessed are those who have not seen and yet have believed.” (John 20:24-29 ESV)

Thomas is there on the beach when Jesus reinstates Peter in the next chapter, and that’s the last we see him in Scripture. Historical records tell us Thomas moved to India and shared the gospel there.

The story that picks up from there is a little strange but seems to fit the Thomas we know in Scripture. Keep in mind that early church history outside the Bible is fuzzy, to say the least. These stories aren’t nearly as reliable as the Bible, and no doubt we won’t know the whole truth until we talk it over with Thomas in person someday. The following is something you can use, or just move to the three points at the end of the sermon.

The story is that Thomas stayed in Jerusalem for a while after Jesus ascended. People speculate that he was still thinking through his beliefs at the time, still uncertain what he believed. As the story goes, Jesus came to him in a dream one night. Jesus told Thomas that Thomas was going to India, to which Thomas replied, “Anywhere but there, please!” India was the edge of the known world at the time—it was a mysterious world that no one ever seemed to return from. Jesus told him that he was going and that he would pose as an architect while preaching the gospel.

One story is that Thomas was invited by a king to design a palace for him. The king gathered the money to build it and put Thomas in charge, then left the country on a long journey. Thomas promptly gave all the money to the poor. When the king returned, Thomas told him that he had built him a palace—in heaven! The king threw him in the dungeon and was going to execute him. Then the king’s brother had a near-death experience in which he went to heaven and saw the palace built in heaven for the king with these gifts to the poor.

He told the king, who then freed Thomas and became a Christian. Thomas continued to preach the gospel further into the mysterious territory. At one point, he led another king’s wife to the Lord. That king was unhappy with his queen’s new life and influence, so he imprisoned Thomas.

He eventually had Thomas executed. He tried a few times, but every time the Holy Spirit did miracles to stop the execution. The time came for Thomas, though, and he was stabbed through with spears many times. The story goes that he lived through that somehow and dragged himself to a cave where he finally entered glory.

So, what can we learn from our brother Thomas?

The complex and thoroughly human disciples like Thomas were the raw materials Jesus shaped into foundation of the church we all stand on today. What will he shape us into?

From Speaking of Life: The Patron Saint of Doubters

From the Sermon: Blessed Are Those Who Doubt

Quote to ponder: “A man may be haunted with doubts and only grow thereby in faith. Doubts are the messengers of the Living One to the honest. They are the first knock at our door of things that are not yet, but have to be, understood.” ~George Macdonald, Scottish theologian