This week’s theme is Focus not on what we’ve done or gone through; focus on who has gone through it with us. The prophet Joel reminds us to rejoice in who God is. He’s the one who blesses us even in the midst of trials. He is the one who pours his Spirit on all flesh. The Psalmist talks of the God of salvation who waters the earth, silences the seas and blesses us abundantly. In Luke we read about the difference between the Pharisee who focuses on himself, and the tax collector who focuses on God and his mercy. The sermon focuses on Paul saying goodbye to Timothy and putting the focus where it belongs. To God be the glory forever and ever.

Introduction: Read, or have someone read, 2 Timothy 4:6-8, 16-18. Share a meaningful time you’ve had to say goodbye—sending the kids off to college, leaving home for the first time, etc. The more colorful, detailed, and humorous the better, of course.

Saying goodbye is one of few universal experiences in life—from the kid going to school to the soldier going to war to the father walking his daughter down the aisle. The oldest rituals discovered involve saying farewell, and with all our communication technology today, parting ways still hurts.

If you’ve ever had the honor of being at someone’s bedside when they’ve gone to be with the Lord, you know every word is important. Any chaplain or doctor worth their salt will tell you that “saying goodbye” is a vital part of the process. Often someone who is about to die will, in some sense, wait for permission from those who love them. Even if it seems like they can’t hear you or see you anymore, even if they haven’t responded for days, that person will often wait until you say goodbye. Those moments are intimate, there’s nothing flashy or dramatic about those moments, but they are drenched with meaning. 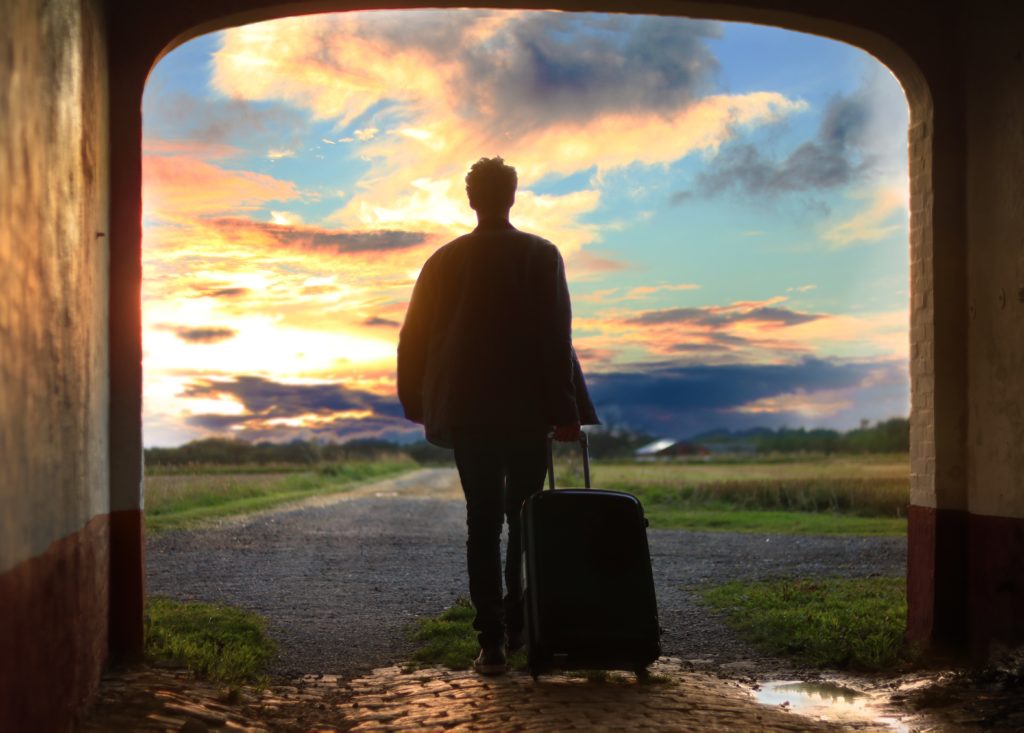 Today we will look at Paul’s goodbye to Timothy.

This is the last writing we have from Paul, and it shows up in a mysterious way. It has all the poignancy of a final scene in a movie, one where the main character we’ve grown to love appears one last time and we can’t quite tell what’s going on. But it’s meaningful, even if we don’t know exactly what’s going on around the frame of the picture.

Different from most of Paul’s writing, the circumstances are a little unclear. We know that Paul is imprisoned, again, but we don’t know where. Is he under house arrest? Is he in the depths of a Roman prison somewhere? Or is he still under the same arrest he was when he wrote other letters? We don’t know exactly, and in a sense, we don’t need to know.

Paul has said all he needed to say. He’s run the race, kept the course, finished the battle. He’s delivered his message, and he’s living now in the peace and freedom of a faithful servant at rest. This passage is a reflection on the art of finishing well, of crossing the finish line tired, but with the work complete.

Paul’s last words to his “son in the faith” are intimate words between two friends: bring my coat, bring my books, send my love to our friends.

I want to share three points from this passage that Paul’s goodbye gives us:

First, we can see Paul’s identity at work. Let’s look at the passage and some of its context. First, verse 6:

As for me, I am already being poured out as a libation, and the time of my departure has come. (2 Timothy 4:6 NRSV)

This is a strong image. In the Jewish community, when the sacrifices were finished, the last act was to pour a drink offering of wine over the carcasses of the animals. This is the “drink offering”—a dramatic picture of wine poured out and dripping down into the earth.

No doubt Paul’s own execution isn’t far from his mind. As a Roman citizen, he wouldn’t have been thrown to the animals or crucified—he would have been beheaded. It was a “privilege” of citizenship—to have a quick and honorable death. The pouring blood was probably on Paul’s mind—the last of him will be poured out, the work, at least his part of the work is done, and the last thing he has to give is himself.

But the Lord stood by me and gave me strength, so that through me the message might be fully proclaimed and all the Gentiles might hear it. So I was delivered from the lion’s mouth. The Lord will rescue me from every evil attack and save me for his heavenly kingdom. (2 Timothy 4:17-18 NRSV)

I love that Paul writes this just toward the end of the letter: “The Lord delivered me from the lion’s mouth. The Lord will rescue me from every evil attack.” It doesn’t seem like it! It looks to me like Paul is right there between the lion’s teeth!

Paul is speaking here out of his identity in Christ. His identity, which transcends his circumstances, is in the royal courts of Christ and not in a dingy prison cell that reeks of death. He can talk in the same breath about his departure from this life (at the edge of a Roman sword) and of his deliverance.

His identity in Christ also transcends his loneliness, which is another strong theme here. Prisoners in that day had to depend heavily on the kindness of friends and family – there was no food provided for prisoners and no other supplies. We can assume Paul has enough food through some source to survive, just barely, but we see a profound moment of weakness where he asks Timothy for his coat (verse 13). He survived shipwrecks, snake bites, riots, stoning, kidnapping and other near misses, but now he is quite simply chilly.

We see his loneliness in verse 16:

At my first defense no one came to my support, but all deserted me.

There was also no legal system for criminals in that day, especially someone of the lower middle class, like Paul most likely was. He’s on trial, awaiting execution, he doesn’t have a team of defense attorneys at hand. There are no court-appointed lawyers.

He was utterly, completely alone. Prison can be one of the loneliest places in the world. Even if you are surrounded by other people, everybody’s just trying to survive. In the kind of desperate situation Paul was in, there’s no one looking out for you. Except…

But the Lord stood by me and gave me strength, so that through me the message might be fully proclaimed and all the Gentiles might hear it. So I was rescued from the lion’s mouth.

The Lord stood by me and gave me strength. Paul was not alone, because he’s never alone. His identity transcends space and time, and the company of Christ transcends his dim surroundings. There’s nowhere he can go that Christ isn’t there first, and where Christ won’t keep him company.

Isn’t that a promise? Isn’t that an amazing thing we see here in Paul’s goodbye? There’s nowhere you can go outside the companionship of Christ. Even to prison, where you can hear your executioners laughing drunkenly outside your window—even there the Lord stands by you and gives you strength. How do we live our lives differently if we know Jesus is standing there with us always?

Second, Paul’s goodbye tells us about his purpose. One of the Paul’s characteristic flourishes appears in the beginning of our reading for today:

I have fought the good fight, I have finished the race, I have kept the faith. From now on there is reserved for me the crown of righteousness, which the Lord, the righteous judge, will give me on that day, and not only to me but also to all who have longed for his appearing. (2 Timothy 4:7-8 NRSV)

Typical of Paul, this is a metaphor salad: four metaphors in just a handful of words. He hearkens back to some of the metaphors he developed earlier in the letter. He talked about his work, not Timothy’s work, being like an athlete in training, a farmer at his work, and a soldier following orders. He collapses these metaphors in this statement: I’ve finished what was set out for me to do. I’ve run the race, I’ve carried out my orders.

Completion is essential for Paul, and one of Paul’s themes: “He who begun a good work in you will bring it to completion.” The picture, at least Paul’s part of it, is complete.

There’s a touching scene in the movie “Meet Joe Black” where Anthony Hopkins’ character is giving his birthday speech. The character knows his death is coming very soon. In his parting birthday toast he says, “I’m going to break precedent and tell you my one candle wish: that you would have a life as lucky as mine, where you can wake up one morning and say, ‘I don’t want anything more.’”

It’s like Paul is saying, don’t worry about me. Don’t focus on my circumstances, focus on the One I focus on. To God be the glory forever and ever.

There are no greater last words to leave to a disciple, a child, a spouse, a student, a friend. I’ve done what God has called me to do. I am ready for my reward. Let’s not focus on my demise; let’s focus on his goodness. To him belongs all the glory. Amen and amen.

From ”Speaking of Life:”