This week’s theme is Praying for others, that they may see and know the truth. Jeremiah shares how his heart is faint at the sin of the people. He weeps for those who have rejected God and gone the way of sinners. The Psalmist continues this theme by asking God to not hold the sins of past generations against us. He prays for forgiveness and deliverance. Paul reminds Timothy to pray for all leaders because God’s desire is for all to know him and live in the knowledge of the truth. Luke shares a practical application in his parable of the shrewd manager. Jesus tells us to use what we have to gain friends, so that we are welcomed into eternal dwellings. What do we have? We have the truth others need. We pray that God opens their eyes and gives us opportunity to share that truth.

You may want to share some experiences you had with substitute teachers that will lead to the introduction below.

Have you ever served as a substitute teacher? Most of us can remember substitute teachers coming to class. It’s not an easy assignment—especially if there’s conflict that you need to step in to resolve. If the class doesn’t think the sub has any authority, there’s little chance the sub will get much resolved. When the teacher’s authority is passed on to the sub, then the class will usually respond to the sub as if he or she were the actual teacher. You have probably witnessed this at some point.

The situation that produced Paul’s letter to Timothy is a little like a teacher calling in a sub. After meeting Timothy’s faithful mother and grandmother, Paul found in Timothy a man who had a passion for Jesus. Paul knew Timothy would be a future leader worth mentoring. So, he mentored Timothy for many years and sent him on missions to different churches.

When Paul received news that there was trouble in the Ephesus church, and he couldn’t go there personally, he sent Timothy! But this was not an easy assignment for Paul’s protégé. A group of leaders found a foothold in Ephesus and were teaching some damaging ideas about Jesus and what it looked like to follow him. Timothy was sent to confront these leaders and set things straight. He was walking into a hornet’s nest. After Timothy arrived in Ephesus, Paul sent him this letter to give him instructions to complete his mission.

The first chapter of 1 Timothy is where we find Paul commissioning Timothy to confront the unfaithful teachers. Even though this is a letter to Timothy, it is also for the sake of the church. What a church believes will be evident in how they live. The teaching the Ephesus church had been receiving was leading some away from a genuine faith in Christ to an obsession in “meaningless” talk about things they knew nothing about. Timothy, who wasn’t the pastor in Ephesus, was sent to correct this dangerous trend. Paul’s letter not only laid out some clear instructions for Timothy to follow, but it gave him what every substitute teacher (or pastor) needs—authority! There was no question that Timothy was acting on Paul’s behalf.

What Paul did for Timothy with this letter is what Jesus has done for us in his written word and in sending his Spirit. Jesus is still in charge, but he sends us out in his name on a mission to share the good news of who Jesus is and what it means to follow him. We can go in confidence and boldness, even when we must stand up to troublesome leaders, because we go in the authority of the Son and in the power of the Spirit. It’s a comforting thought to know that whatever hornet’s nest we may be sent into, we can be faithful to his mission because we know he will be faithful to us.

I urge, then, first of all, that petitions, prayers, intercession and thanksgiving be made for all people—for kings and all those in authority, that we may live peaceful and quiet lives in all godliness and holiness. (1 Timothy 2:1-2)

The first thing we are called to do is pray! Pray for those we are trying to reach. Pray for direction, inspiration, and wisdom. Pray for opportunity to speak truth into people’s lives, and pray that truth is received. When you go into a stressful situation, don’t go in defense, looking at people as problems. Paul reminds Timothy to pray for all people—everyone. Prayer gives us confidence—the confidence that comes from not only knowing Jesus, but from knowing that Jesus has us and leads us.

Most of us may never be called to settle a crisis in another church, but as believers, all of us are called to bear witness to who Jesus is. Sometimes this occurs in the teeth of some “leaders” who have a different message. Every day we walk out our front doors, we are called to be witnesses of Jesus, the true King of all creation. And we often do this in someone else’s “territory.” But even antagonists belong to God and are loved by him. 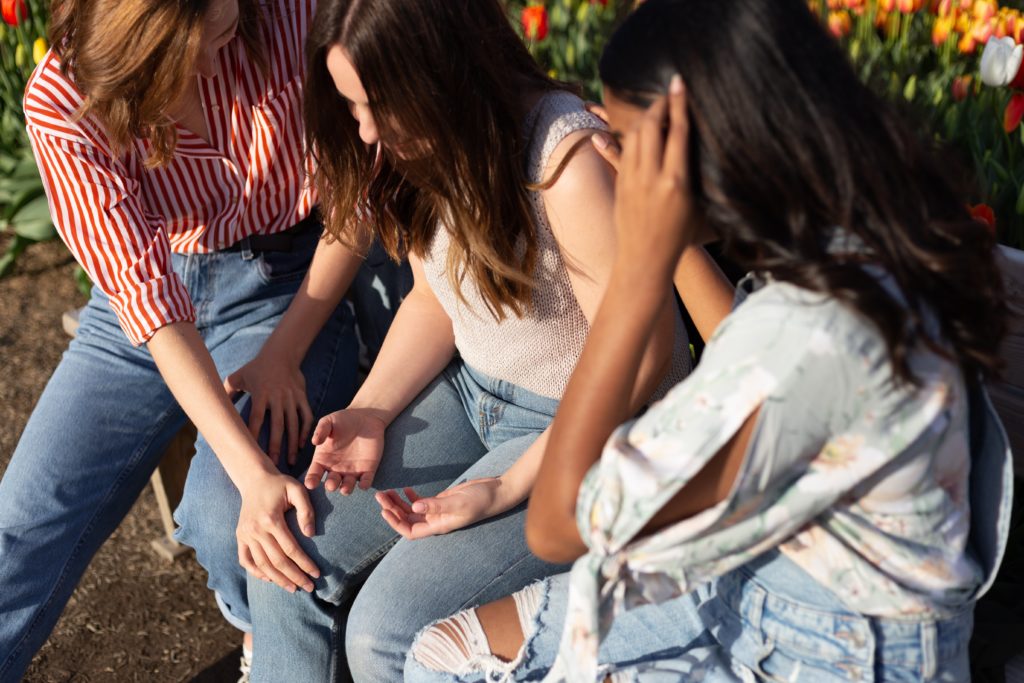 Paul’s “first of all” instruction urges believers to be in prayer for “everyone.” Although four types of prayer are mentioned, “supplications, prayers, intercessions, and thanksgivings,” Paul is not instructing a necessity for different forms of prayer. He is simply laying emphasis that all these different prayers are to “be made for everyone.” Paul is stressing the importance for prayer in community. Just as the Father, Son, Spirit, do everything in relationship, we are to carry out the church’s mission in communion with God and one another. Prayer is never an individual act even when we are praying alone. As God’s children forming the body of Christ, we are all connected. What happens to one affects us all. When we pray for others, we are being mindful of this truth, that God has called us to live in relationship with one another as we live out God’s call for the church.

Notice who is specifically included in the “everyone”: Paul says we are to pray “for kings and those in authority.” Now, don’t miss the super-charged political statement Paul has just used here. When Paul calls for prayer “for kings” he does so under the nose of the Roman emperor, some of whom were known for their persecution of Christians. Living under Roman rule, it was understood that if you wanted things to go well with you, if you wanted peace, you would do well to pray to the emperor’s gods. When Paul urges Timothy and the church to pray “for” the kings and not “to” their gods, he is sending a subtle message of who is in charge. And it’s not the emperor.

Is it possible the church has forgotten Paul’s instructions for its witness to the world? How might the church’s witness look if we were to pray for our leaders rather than get caught up in the present polarization? Instead of organizing a march or protest to let the leaders know how we feel, what about organizing a church prayer meeting to talk with God instead. Perhaps our political Facebook posts and our social activist attempts give more weight to the rulers of our age than the King of all ages. The Father can be trusted with our concerns far more than the leaders of our time.

It’s a question of who we believe is really in charge. If you ever feel like someone has too much control over your life, pray for them. It’s the first thing Paul says we should do, and it’s a good reminder to yourself of who is actually in control.

Our prayers are that we will be able to “live peaceful and quiet lives in all godliness and holiness.” Paul doesn’t mean by this that we pray so we can live on easy street, oblivious to what’s going on around us. No, Paul is concerned about the church’s witness to the world.

This is good, and pleases God our Savior, who wants all people to be saved and to come to a knowledge of the truth. (1 Timothy 2:3-4)

We pray for an environment where Jesus is seen as the true Savior who brings peace. Notice the words “all people.” We pray to align ourselves with God’s will—his desire, which is to bring peace to everyone, including the “kings and those in authority.” Wrapped up in this salvation that God wants to bring everyone into is the “knowledge of the truth.” This can be seen in contradiction with what the false teachers were doing in the Ephesus church. The knowledge of the truth Paul is concerned with is not “meaningless talk” but rather a knowing of the Father revealed through the Son. We see Paul wanting the church to bear witness to the God who cares and loves everyone. Paul will list three affirmations of why this is true.

For there is one God and one mediator between God and mankind, the man Christ Jesus, who gave himself as a ransom for all people. This has now been witnessed to at the proper time. (1 Timothy 2:5-6)

And for this purpose I was appointed a herald and an apostle—I am telling the truth, I am not lying—and a true and faithful teacher of the Gentiles. (1 Timothy 2:7)

Paul wraps up this first instruction for Timothy by reminding him that Paul also was “appointed a herald and an apostle.” Paul understands that his authority was given by God to be a witness to the one who appointed him. Unlike the false teachers Timothy will have to deal with, Paul is “telling the truth.” He is “a true and faithful teacher of the Gentiles.” His authority is grounded in faith and truth. As our belief and actions align with the reality of who God is for all people, we too will find we have been given the authority to be witnesses to our world.