This week’s theme is God’s desire is to seek and save. Jeremiah talks about the foolishness of those who run from God, believing he is not for them. The Psalmist says while “fools say there is no God,” he is in the company of the righteous. Paul reminds Timothy how God’s grace saved him from his past, and that Jesus came to save sinners, “of whom I am the worst.” The sermon focuses on Luke 15 where Jesus shares three parables showing God’s desire to seek and find those who have become lost and don’t know his goodness. The sermon looks at two of those parables.

Lost. We all know what it means to be lost, especially as a kid; it’s a universal part of childhood. You look around. The surroundings are suddenly foreign, every face is suddenly a stranger. You end up with nothing to offer but your own helplessness, defenseless against the world.

As you get older and have kids, or take care of kids, you learn what it’s like to lose someone. Kids wander off like it’s a competitive sport! They’re always chasing some shiny thing or drifting toward the toy aisle. Suddenly you look around for one face—you might be surrounded by them—and it is not to be seen. You squint and strain and imagine the worst.

When the child finally does appear, you’re flooded with a dizzying cocktail of relief, anger, joy, and exasperation. Where have you been?! I’m so glad you’re okay! Where were you?!

Share a time when you lost, or thought you lost one of your kids or grandchildren, or when they thought they were lost. Share the emotion of panic and anxiousness that was replaced with amazing joy when your child was found or found you.

Our sermon title for today is “God the Loser.” Before you jump to judgment, hear what I have to say. We will break the sermon into three parts – let’s look first at the loser, then discuss the characteristics of the lost, and then talk about the loving response. 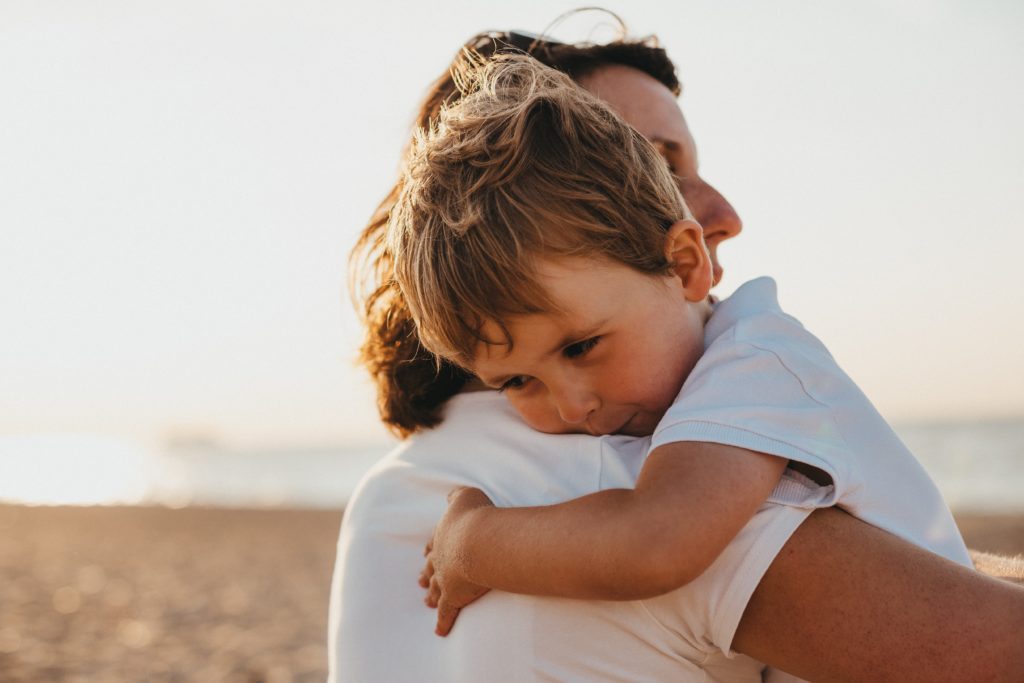 Ask yourself who is the loser in the Luke 15 parables, and what do we learn from looking at them? The first two parables are next to a parable you often hear about, called the Prodigal Son.

To draw these parables together requires us to first look at the context. The Gospels were compiled by the Holy Spirit through the early Christian community in a specific way for a specific reason. The meaning of a passage is always enhanced by its context.

Verse 1 sets us up the context:

Now the tax collectors and sinners were all drawing near to hear Jesus. But the Pharisees and the teachers of the law muttered, “This man welcomes sinners and eats with them.” (Luke 15:1)

This is the key to these parables; this is what ties them all together. Jesus is hanging out with the undesirables. He isn’t approving of their lifestyles nor participating in their activities; he is simply hanging out with them. The Pharisees did not even want to be seen with such people; they didn’t want to be anywhere near them. There was a strong separation between “us” and “them” in that culture.

Jesus, instead of just blasting them directly, tells some stories. He slips a few truth bombs in there that have been exploding ever since.

There’s plenty we can learn about how to apply ourselves to the reality of God here. The focus of these stories is on the response of God, not the worthiness or appropriate response of the found person or object.

If you’ve ever worked in a helping profession, such as a nurse, emergency services worker, teacher, social worker, pastor or many others, you learn quickly that you can’t rely on someone’s response to motivate you. People’s responses will range from gratitude and life transformation to indifference and outright hostility. Our responses to God’s love will range back and forth all through our lives; sometimes we will be unspeakably grateful, sometimes we will be spoiled brats.

Isn’t it a fantastic blessing then that God’s love is dependent on who he is and not who we are? Isn’t it amazing that these stories focus on a love that searches the whole house, that leaves the 99 sheep, that sees the rebellious son “coming from a long way off”?

Do we in turn take this love to the world? Do we serve because of how people respond to our help, or how much attention it gets us? If we serve people only when we get the response we want, we will burn out quickly, and many of those in need (of our financial support, attention, and most of all love) will fall through the cracks. No, Jesus wanted the Pharisees to respond to his stories by copying the finder, not the one who was found. We serve because of who Jesus is, not who they are and not how they respond.

The beautiful touch that Jesus adds to these stories is to portray the loser—God—the way he does. First as a shepherd. In that culture, a shepherd would have been an undesirable. They were considered uncouth rednecks and untrustworthy by the rest of the culture. Then he portrays God as a woman. Women were forgotten in the culture as well; they had almost no rights, their legal testimony was no good, and they were considered possessions of the men in their lives. Finally, he portrays God as the father of a rebellious son (in the end two rebellious sons). Any parent of a rebellious child will tell you how deeply and often they blame themselves for their child’s choices, and how often society blames them for the way their kids turned out. Jesus puts himself—as God the loser—in these stories as people who were marginalized and heavily judged in that society. He is the one who loses the sheep, the coin, the child—and then finds them again with joy.

Suppose one of you has a hundred sheep and loses one of them. Doesn’t he leave the ninety-nine in the open country and go after the lost sheep until he finds it? And when he finds it, he joyfully puts it on his shoulders and goes home. Luke 15:4-6)

Or suppose a woman has ten silver coins and loses one. Doesn’t she light a lamp, sweep the house and search carefully until she finds it?” (Luke 15:8)

Leaving the 99 in the wilderness? Most of us can do the math here. Leaving 99 of something to find one is not a good idea. “In the open country” means that the shepherd left them unattended and open to theft so he could find just the one.

There is no indication that this sheep is worth any more than the others—it’s just the missing one.

The coin story is much the same. One of the ten coins, which means it’s worth the same as the others, was worth about a day’s wages. Right now, in the American economy, the average of a day’s wages—from the rich people to the guy who works at McDonalds—is about $150. Now, you and I might go searching for $150 if we lost it, but we probably wouldn’t “call our friends and neighbors” together for a party to say, “I found three fifty-dollar bills—let’s party!”

One sheep. One silver coin. Roughly a day’s wages, and here the loser is having a party. In these two stories, there’s no discussion of how these things got lost; there’s no blame and no shame involved.

The story where it seems there should be blame and shame involved, the prodigal son story, ends in a feast. That story also ends with love and joy, and with the guilty one being elevated to a princely level.

The shepherd “calls his friends together and says, ‘Rejoice with me, I have found my lost sheep’” (Luke 15:6b).

The widow “calls her friends and neighbors together and says, ‘Rejoice with me, I have found my lost coin’” (Luke 15:9).

The father said, “‘For this son of mine was dead and is alive again; he was lost and is found.’ So they began to celebrate” (Luke 9:24).

All these stories have this out-sized response from the finder. Instead of begrudgingly bringing the lost back into the fold, the loser rejoices exuberantly that they are home. Grace is always generous. Grace always gives back extra.

Both parables end by saying, “There is rejoicing in the presence of the angels of God over one sinner who repents.” The lost are found, the loser gets back what was lost. God wins again!

“Rejoice with me.” Grace always restores to the community. The lost sheep, the lost coin, and the lost son are brought out of isolation and back into the group, back into the community. Where the results of sin brought the prodigal son down into the pig sty, grace brought him to a party where everyone was celebrated and recognized. God the loser finds the lost and restores each to communion.

Here are a few things to chew on today…

Know the Father’s heart toward us. The shepherd with the lost sheep, the widow with her lost coin, the father watching the horizon. God’s pursuit of us is relentless, and it is against everything in our nature that leads us to walk away from him. Jesus represents God as a shepherd and a woman—both people groups that at the time weren’t thought of as desirable or important in that society. He will take on whatever disguise he needs and will search the corners, search the fields, search the horizons for you.

Jesus ate with tax-collectors and sinners. We have many examples that he didn’t approve of their lifestyles—he delivered these people from their vices all the time. But he ate with them, which was a strong symbol of friendship in those days. He spent time with them and shared life with them. Do we do that? Do you have authentic relationships with non-Christians or people who would be considered “tax-collectors and sinners”? When you first become a Christian, sometimes you need some space from your old lifestyle, but when you are no longer a spiritual infant, God calls us back out to share his love and hospitality with the world.

God the Loser. The one who looked for us, the lost, because of his love and not because we earned it. May we be found again today.

From Speaking of Life and the sermon: