This week’s theme is Pentecost: The Spirit gives life. Prior to his ascension, Jesus told the disciples to wait for the “promise of the Father.” The Holy Spirit is that promise. In Psalm 104 we are reminded that life depends on the Spirit; without God we have nothing. In Romans we read that those led by the Spirit are children of God—adopted—and can say “Abba, Father.” In the Gospel of John, Jesus tells us the Holy Spirit is our Advocate—he will teach us all things.

Introduction: You may want to share a story about a time you could not communicate with someone because of the language barrier—how frustrating it was for both of you. It could be with a child who could not make him or herself clear, or it could be dealing with a foreign language.

We’ve all faced challenges in communication. Infants struggle so hard to communicate, but they don’t have the skill set to make themselves understood. Toddlers have a limited vocabulary. Teenagers seem to choose what to hear and what not to hear—as do some spouses. Sometimes we are using the same language in a conversation, but there is still a disconnect—we may be speaking from a different context; we may not be listening carefully to what is being said, or the other person may not have the language or capacity to understand what we are trying to make clear. 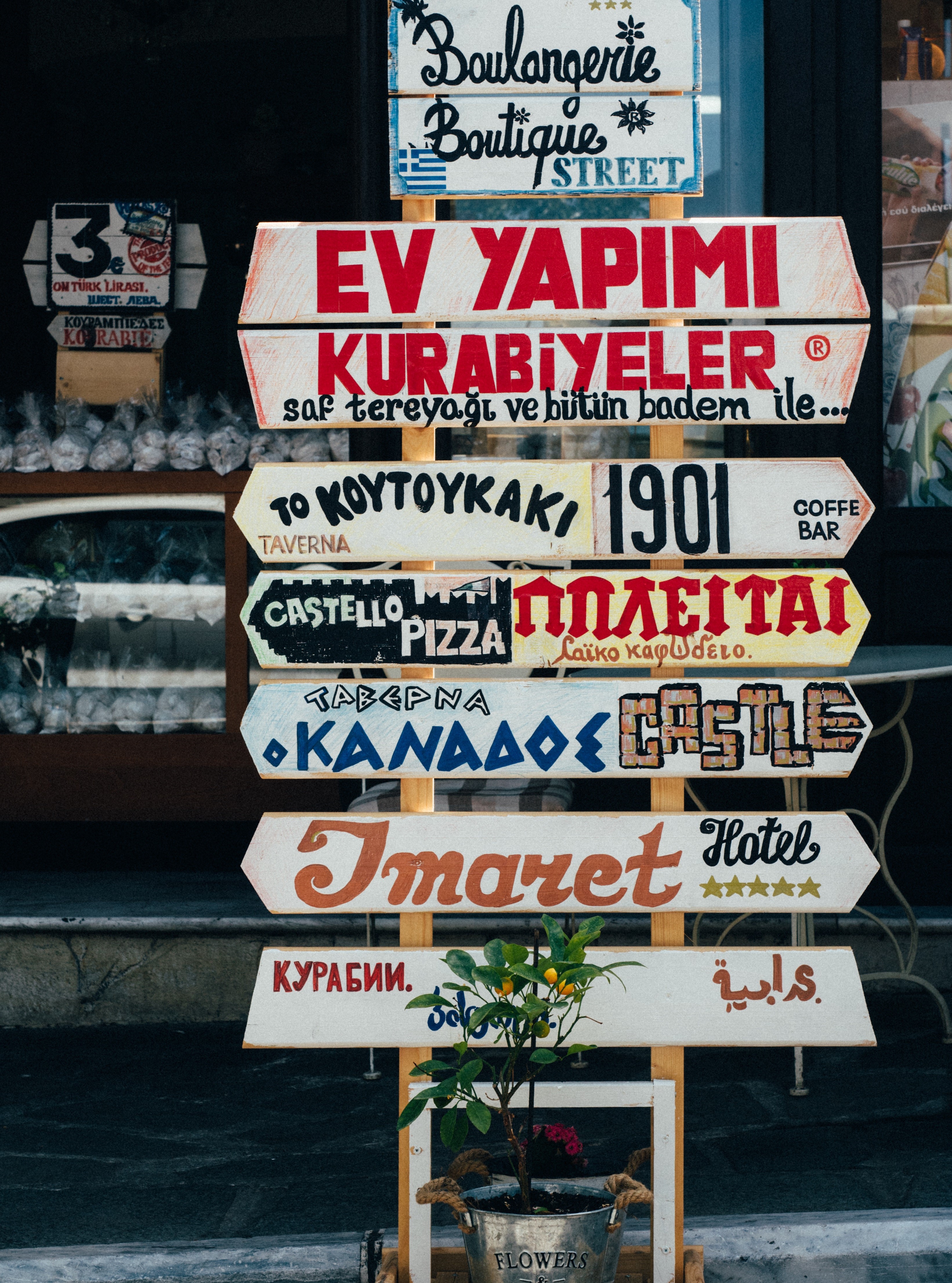 There are times when it seemed the disciples did not or could not comprehend what Jesus was saying. “You will not die,” Peter said to him. “Show us the Father,” Philip said. Peter asked, “Where are you going that we cannot go?”

Jesus knew they would understand once they received the Spirit. So just before he ascended, he told them to wait in Jerusalem and receive the promise from the Father.

We pick up the story in the book of Acts.

When the day of Pentecost came, they were all together in one place (Acts 2:1).

Let’s give a bit of background.

Jerusalem was bulging with people due to the celebration of the Feast of Weeks, one of the pilgrimage festivals. On the day after the Sabbath after Passover, the ancient Israelites selected a sheaf of the first grain that had been harvested in the spring. This grain became an offering, and the priest waved it “before the Lord” (Leviticus 23:11-12). Pentecost was observed in ancient Israel on the 50th day after this time. So, seven weeks was to be counted between the day of the first grain offering and the beginning of Pentecost, when an offering of new grain was to be given. Thus, this holy day was called the Feast of Weeks. We refer to it today as Pentecost, which means fiftieth.

This festival has a double significance. Not only did it mark the all-important wheat harvest in Israel, it had also come to commemorate the anniversary of the day when God gave the Torah to the nation of Israel assembled at Mount Sinai (Exodus 20-24). It makes sense, then, that Pentecost would have a symbolic meaning for the church. It was the day when God manifested himself in a unique way, signifying a new relationship between God and his people.

Many Jews traveled to Jerusalem for this important festival; so there were Jews from all over the world.

When the day of Pentecost came, they were all together in one place. Suddenly a sound like the blowing of a violent wind came from heaven and filled the whole house where they were sitting. They saw what seemed to be tongues of fire that separated and came to rest on each of them. All of them were filled with the Holy Spirit and began to speak in other tongues as the Spirit enabled them (Acts 2:1-4).

The promise had arrived—but I would suggest it was not as the disciples expected. From what we read, the Holy Spirit enabled several of them to speak in different languages. This is one of the most recognized manifestations of the Holy Spirit in the Bible. This is God communicating with his beloved in a powerful way.

Now there were staying in Jerusalem God-fearing Jews from every nation under heaven. When they heard this sound, a crowd came together in bewilderment, because each one heard their own language being spoken. Utterly amazed, they asked: “Aren’t all these who are speaking Galileans? Then how is it that each of us hears them in our native language? Parthians, Medes and Elamites; residents of Mesopotamia, Judea and Cappadocia, Pontus and Asia, Phrygia and Pamphylia, Egypt and the parts of Libya near Cyrene; visitors from Rome (both Jews and converts to Judaism); Cretans and Arabs—we hear them declaring the wonders of God in our own tongues!” Amazed and perplexed, they asked one another, “What does this mean?” (Acts 2:5-12).

Some will say the miracle was in the hearing rather than in the speaking, but the Bible says the gift was in the tongues—the spoken word. In spite of the many different languages, all were able to hear and understand the words spoken.

Pentecost reminds us that God wants to connect with us and communicate to us. He speaks to us by the Holy Spirit—telling us all truth—reminding us that we are his children and joint heirs with Jesus Christ.

On this day of Pentecost, God uses the gift of language to grab the attention of all those present and share amazing good news. Peter stood up and shared the gospel. We don’t know if the miracle continued through his sermon, but we do know the response, as 3,000 were baptized. But we are getting ahead of the story.

Some thought those speaking in different languages were drunk—you would have to conclude there was some type of disconnect that prevented them from understanding. One can only speculate what that disconnect was, but it seems clear something must have prevented them from hearing their own language. Earlier Jesus had used the term, “He who has ears to hear, let him hear.” Perhaps these didn’t have the ears to hear—thus the communication link was broken.

Peter stood and addressed the crowd:

“Fellow Jews and all of you who live in Jerusalem, let me explain this to you; listen carefully to what I say. These people are not drunk, as you suppose. It’s only nine in the morning! No, this is what was spoken by the prophet Joel:

“‘In the last days, God says, I will pour out my Spirit on all people. Your sons and daughters will prophesy, your young men will see visions, your old men will dream dreams’” (Acts 2:14-17).

Peter then preached about Christ, telling them Jesus was the Messiah they had been looking for.

“Jesus of Nazareth was a man accredited by God to you by miracles, wonders and signs, which God did among you through him, as you yourselves know. This man was handed over to you by God’s deliberate plan and foreknowledge; and you, with the help of wicked men, put him to death by nailing him to the cross. But God raised him from the dead, freeing him from the agony of death, because it was impossible for death to keep its hold on him” (Acts 2:22-24).

Peter talked to them about David, who spoke about the Messiah.

“Seeing what was to come, [David] spoke of the resurrection of the Messiah, that he was not abandoned to the realm of the dead, nor did his body see decay. God has raised this Jesus to life, and we are all witnesses of it. Exalted to the right hand of God, he has received from the Father the promised Holy Spirit and has poured out what you now see and hear” (Acts 2:31-33).

The people were so moved by the power of the Spirit and Peter’s words, they were cut to the heart and asked what should they do.

“Repent and be baptized, every one of you, in the name of Jesus Christ for the forgiveness of your sins. And you will receive the gift of the Holy Spirit. The promise is for you and your children and for all who are far off—for all whom the Lord our God will call” (Acts 2:38-39).

Many look at this verse as a formula—A (repent) + B (be baptized) + C (be forgiven) = D (receive the Holy Spirit). But this is taking this out of context and implies receiving the Spirit is the result of our actions—our works.

Let me suggest another way to read this passage in context with Peter’s message:

Participate in his baptism, putting to death all the former things you thought about him and receive the gift of his baptism, which gives you new life.

This is what you should do.

Another way to say this: When people receive the Spirit, receive what the Spirit is teaching them, they repent.

And 3,000 people made that choice and were baptized. The gift was received, and it is still being received.

When people receive the Spirit, receive what the Spirit is teaching them, they repent.

Pentecost reminds us that when God makes a promise, he fulfills it. God’s desire is to speak to us and for us to hear him in our own language, in our own way of understanding. Pentecost also reminds us that God sent the Holy Spirit to us to communicate his love for us and our belonging to him.

He tells us to repent—change the way we think and live—and receive the gifts he gives us. In other Scriptures we read that the Holy Spirit reminds us we are God’s children—adopted as his own—joint heirs with Christ. The Holy Spirit comforts us, strengthens us and reminds us of who God is. God communicates his language of love through the Spirit. May every day be a day of “Pentecost” a day of experiencing and listening to the Spirit.