This week’s theme is Letting the Spirit Lead. The passages in 1 King and 2 King remind us of Elisha’s calling. He asked for a double portion of the Spirit to guide him. The Psalmist reminds us how the Spirit led Israel out of Egypt and that everything we have is because of God. Paul reminded the church in Galatia they were free—Christ had set them free. The sermon, from the Gospel of Luke, talks about Jesus, who followed the lead of the Spirit throughout his life.

We recommend you have the two passages from 1 Kings and 2 Kings read as part of the worship music and readings, and then begin this sermon by reading—or having someone read—Luke 9:51-62.

Introduction: The story in Luke 9:51-62 is often used as a warning for believers: Have you counted the cost of discipleship? Have you taken up your plow and then desired to look back? If so, you are unfit (disqualified) for service in the kingdom. If you are concerned about where you are going to sleep at night, you aren’t dedicated enough and in danger of being disqualified. If you are overly concerned about taking care of your family, you aren’t focused enough on Jesus. Your job is to keep plowing ahead—keep moving forward if you ever want to be fit for the kingdom of God.

It’s almost as if the passage is more of a warning on how to lose out on the kingdom than how to enter.

In other words, if we believe this passage’s sole purpose is to talk about the cost of our discipleship and what it takes to follow Jesus, we can get easily discouraged. The passage will leave us with such a radical calling that no reasonable person could expect to qualify. So, let’s start by asking a couple questions:

The answer to the first question leads to the answer to the second question. Luke’s goal was to write a summary of Jesus’ life. His purpose was so that Theophilus would know the certainty of what he had been taught—that he would have an accurate account of the Jesus’ earthly ministry. Theophilus may have been a converted Gentile, but many biblical scholars believe the name Theophilus—which means one who loves God—was used because it refers to the Christian community in general.

So, we know Luke’s purpose was to give an accurate account of Jesus’ ministry, and this passage is also about him.

Note the beginning of today’s passage:

As the time approached for him to be taken up to heaven, Jesus resolutely set out for Jerusalem (Luke 9:51). 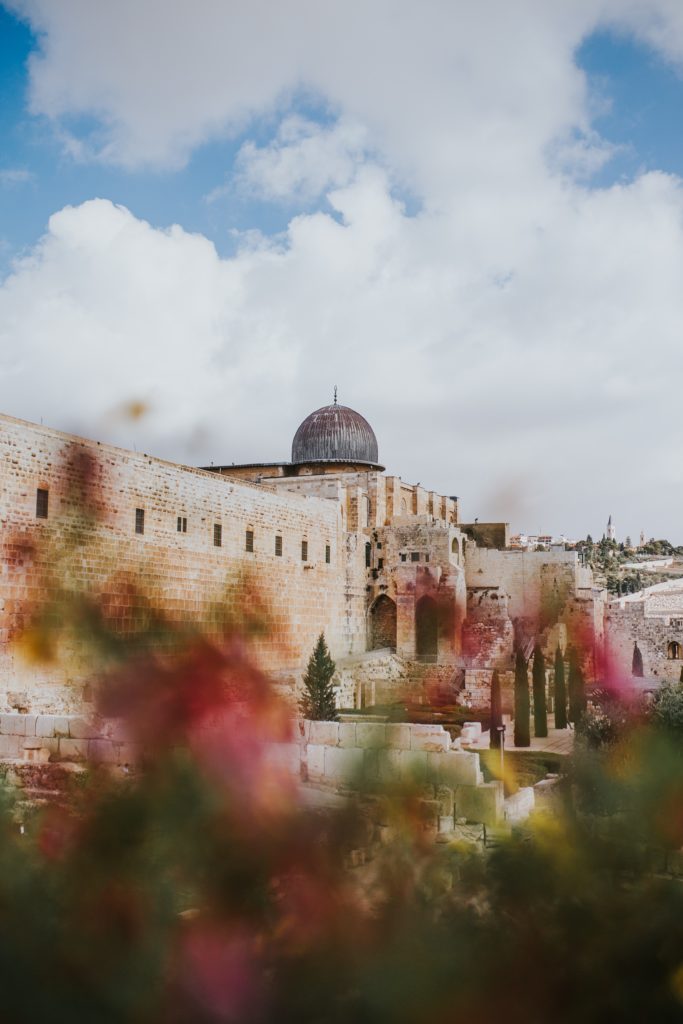 This passage in Luke’s Gospel is the beginning of what is often referred to as the “Travel Narrative,” which runs from Luke 9:51 to Luke 19:47. This narrative is the journey of Jesus to Jerusalem. Luke lets us know that Jesus has set out “resolutely” to accomplish his mission of salvation through his death, resurrection and ascension.

And he sent messengers on ahead, who went into a Samaritan village to get things ready for him; but the people there did not welcome him, because he was heading for Jerusalem. When the disciples James and John saw this, they asked, “Lord, do you want us to call fire down from heaven to destroy them?” But Jesus turned and rebuked them (Luke 9:52-55).

Luke also uses this picture of setting out for Jerusalem to connect Jesus with Ezekiel 21:7-8, establishing him in the role of a prophet. This theme of Jesus as the prophet gets carried out in several references going back to Elijah and Moses. One such reference is found when the Samaritans reject Jesus, and the disciples, James and John, ask if they can call down fire to destroy them like Elijah did with his enemies. We find that Jesus’ resolution is firmly grounded in grace and not in retaliation. He rebukes them for their suggestion. Jesus is establishing that he will redefine the role of prophet.

Notice Jesus chose to deploy messengers to go ahead “to get things ready for him.” This is an example of God’s grace—including others in what he is doing. The overzealous disciples on the other hand wanted to “call fire down from heaven to destroy” those that were not welcoming to Jesus.

Notice this amazing contrast between Jesus and his followers. Jesus wants to deploy where his followers want to destroy. James and John were not set on the same goal as Jesus.

Then he and his disciples went to another village (Luke 9:56).

Jesus, in his grace, uses their continuing journey “to another village” to give them some observable teaching on what it means to be a disciple.

Let’s stop a moment and think of the lesson here. Jesus was and is a prophet of grace. However, many followers don’t practice a lot of grace.

Too often we are tempted to call down fire on anyone who is unwelcoming to what we think is progress. We want to call down fire on those who don’t believe like we do, who aren’t as good a follower as we believe we are. We start to believe all followers need to be traveling in the same direction as we do, in the way we follow Jesus.

But Jesus is not looking to “burn” anyone on the way to his goal. His aim is to save everyone at the end of his journey. As we follow him, we must be careful not to step on others in our journey with the Lord. If we do, it’s a clear sign we are not following in his footsteps. Secular notions of success will tell us to win at all cost. The end justifies the means. If you need to burn a person to reach a crowd… go for it!

Not so, says Jesus. He gives a strong rebuke for succumbing to this mindset, regardless of any precedent that may have been set. Jesus is the redefined prophet who redefines his followers.

The church can stand as a witness to this gracious prophet who has set out “resolutely” to the cross of grace. As believers, we do not have to play by the rules of this world. We belong to another kingdom, a kingdom of grace whose prophet is returning to establish his rule in all the world. This is the good news we can proclaim every time we choose to deploy rather than destroy.

As they were walking along the road, a man said to him, “I will follow you wherever you go.” Jesus replied, “Foxes have dens and birds have nests, but the Son of Man has no place to lay his head.” He said to another man, “Follow me.” But he replied, “Lord, first let me go and bury my father.” Jesus said to him, “Let the dead bury their own dead, but you go and proclaim the kingdom of God.” Still another said, “I will follow you, Lord; but first let me go back and say goodbye to my family.” Jesus replied, “No one who puts a hand to the plow and looks back is fit for service in the kingdom of God” (Luke 19:57-62).

After his rebuke of James and John, we see the story take a form similar to the calling of Elisha when he was called to follow Elijah. There is a three-fold vow in both stories of following their master. Jesus’ response to each vow illustrates the radical calling required to follow Jesus. The two requests to “go and bury my father” and “say goodbye to my family” would have been reasonable and expected requests to make before signing on to a life of following a prophet. But both requests come up short for radically following Jesus.

The last request has the added punch of reminding Luke’s reader of the calling of Elisha. When Elijah called Elisha to follow him, Elisha was plowing a field. Elisha asked if he could first go and say goodbye to his family. Elijah permits him to do so. But Jesus in this role does not permit it and responds by using the image of plowing as a picture of discipleship when he says, “No one who puts his hand to the plow and looks back is fit for service in the kingdom of God.”

Sounds ominous if we believe this is directed just toward us, but this passage is not about us. This passage is about Jesus—who resolutely set out for Jerusalem. Nothing was going to stop him from going where the Father was leading him. He would not allow anything to turn him aside from his goal—regardless of what it was. When we see that Jesus is the central focus of this passage, we can see this is good news for us. He is fully committed—he is the one who puts his hand to the plow as he goes “resolutely” to Jerusalem. Jesus is the radical prophet who does not turn back. He is the one who is “fit for service in the kingdom of God.” And he proved it.

Jesus goes all the way to the cross, walking in grace to a place where he saves us by that same grace. The radically redefined role of prophet and follower has been accomplished in the resolute will of God to save us.

We will never be fit for service in the kingdom on our own works or merits. But we’ve been invited to participate with the one who is fit—Jesus Christ. He encourages us to keep our eyes on him—put your hand on his as he plows the fields that are ripe for harvest. Jesus is the plow; he is the kingdom; he is the way forward. Your salvation is his will.