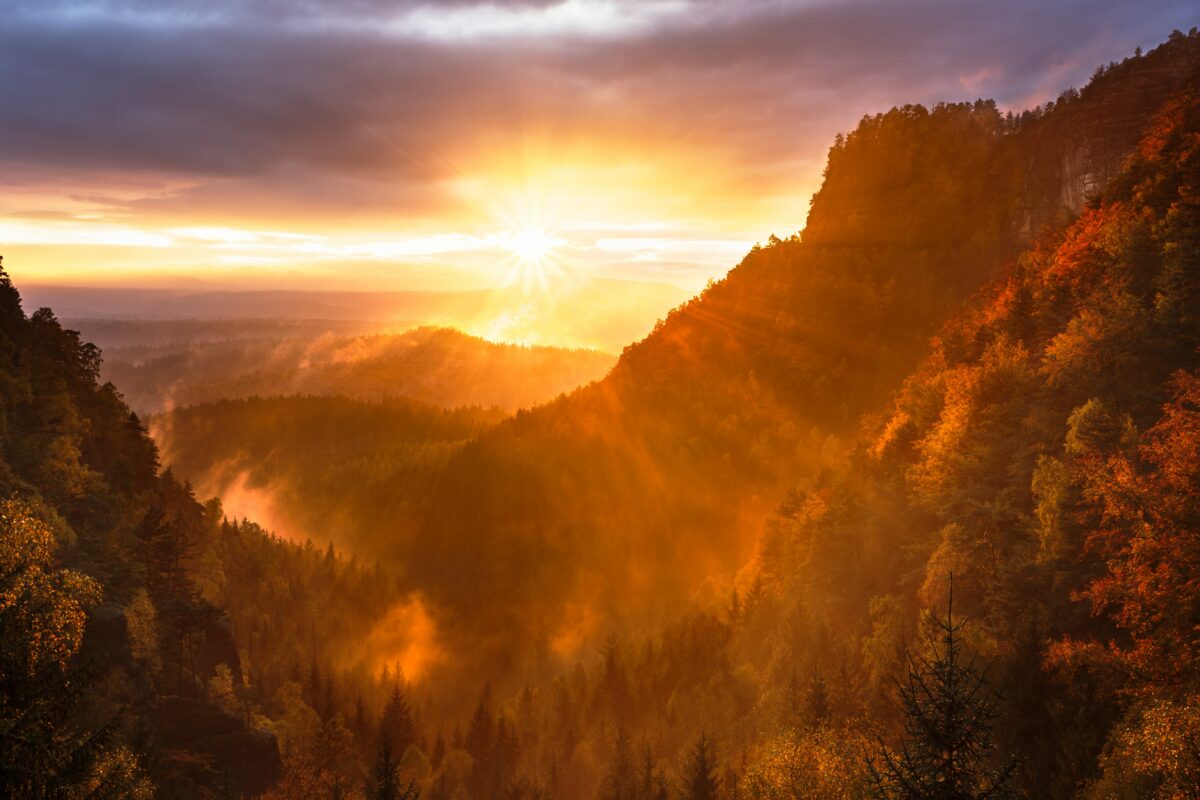 Christmas is referred to as the season of joy, hope, peace, and love, and it is all that, but it’s also more. The incarnation is the fulfillment of God’s covenant promise.

In most Bible translations, the apostle John starts his Gospel with the words, “In the beginning…” This is where we must start when we talk about the incarnation. God becoming flesh was always part of God’s plan of redemption, reconciliation, and revelation. John has more to say:

There is a lot more to this section of Scripture than we might first believe. John is reminding us that the Word is the Creator by whom all things are made. The Creator – the Word – is God. He is the eternal Word who has always existed. And this Word brought life to humanity. He gave us our original life, and he gives us eternal life. He is the light of all people – the one we look to who brings us out of our darkness, out of the fallen nature we live in.

And the Word became flesh and lived among us, and we have seen his glory, the glory as of a father’s only son, full of grace and truth. (John 1:14 NRSVUE)

The eternal Word, who was with God and who was God, becomes part of his creation without ever ceasing to be part of his own eternity. He takes his dwelling as man among humanity. He became flesh and met us as man. T.F. Torrance expounds this point in his book, Incarnation:

The Word fully participates in human nature and existence, for he became man in becoming flesh, true and real man. He was so truly man in the midst of mankind that it was not easy to recognize him as other than man or to distinguish him from other men. He came to his own and his own received him not. He became a particular man, Jesus, who stands among other men unsurpassed, but unrecognized. That is the way he became flesh, by becoming one particular man. And yet this is the creator of all mankind, now himself become a man. (Incarnation, p. 61)

It’s amazing to think of the Word of God becoming a particular man, as Torrance says, “unsurpassed, but unrecognized.” This is the Son of God who loves you; this is the Word who created you to be loved. This is the One who planned from the beginning of creation to redeem you, restore you, reconcile you, and reveal to you who he is and who you are in him.

The painters throughout history didn’t get it. Jesus really became human and rubbed shoulders with flesh and blood brothers and sisters. He wasn’t this other-worldly being – isolated in a crowd – with a halo over his head. Somehow with us, but not. Unapproachable, untouchable, and mystic. We celebrate the incarnation because Jesus did become one of us. He moved into our neighborhood.

John was intentional in his use of “Word” to describe God. Torrance says John is referring to the Old Testament tabernacle – the tent of meeting which moved whenever Israel moved. This was the place where God and man met and where God revealed himself to man. The Word tabernacled with humanity as they roamed through the desert.

The word that was hidden in the bosom of God, the word through which all things were made has become flesh, has tabernacled among men and women, and we see its grace and truth. It has become a man in Jesus Christ… Jesus Christ himself is the tabernacle of God among men and women, himself the Word of God enshrined in the flesh, and in him that the glory of God is to be seen. (p. 60)

When John emphasized that the Word was with God and was God and this Word became flesh, he is emphasizing what is extraordinary about the incarnation. God became flesh to redeem the very flesh that he created. One author likened it to God taking off his robe of light and putting on pigmented human skin. But he did more than that. He became the zygote, the embryo, the fetus, the child in the womb. He assumed all of humanity – from our very beginning. He entered the Fall, he came among estranged humanity, he took our lost condition upon himself so that he could redeem it, restore it, and reconcile it. He did this through judgment, mercy, and grace. Torrance describes it this way:

It is a movement of revelation through the Word of God, in which the Son of God came as Word of God, humbling himself to man’s lowly estate, donning the beggar’s garment, and assuming the beggar’s existence as his own, in order to persuade the beggar that God the Father was in earnest about forgiving him, and in order at the same time to enact that word of revealed forgiveness in actual pardon and reconciliation. (p. 77)

In the incarnation, God forgave, redeemed, and reconciled with the beggar by fulfilling his promise to live in covenant with us for eternity. He took our rebellious nature upon himself to give us reconciliation by his perfect obedience. Here is how Torrance describes this:

He comes as God the Word to enter into our darkness and blindness in order to effect revelation – revealing to us the love of God. This is not two acts, but one. Reconciliation is part of revelation and revelation is part of reconciliation. In these two acts, God fulfills his covenant with us: “I will be your God, your Father,” and he fulfills our covenant with him, “I will be your obedient child.” This is the mighty act of the incarnation. (p, 57)

This act of grace was the humbling of God (Philippians 2), and the exaltation of humanity; it is what elevated humanity into union and communion in the life of the Father, Son, and Spirit. I don’t believe we can ever fully grasp the significance of the incarnation and what it means to us.

In fact, we need to think of the incarnation as part of Jesus’ atonement, and the atonement as part of the incarnation. We cannot separate what Jesus did from who he is. Even as we celebrate his birth in Bethlehem, we look forward to the atonement. The birth is the beginning of his incarnate person – it is at one end of his work as a human, and the resurrection and ascension are at the other end. He was resurrected still in his incarnate state, and he ascended in his incarnate state.

This is what takes place in the incarnation. God not only fulfils his promise to live in covenant with us by giving himself to humanity in complete and utter grace, but he also fulfills our side of the covenant by being perfectly obedient. He is the gift of himself to us, so that we could be reconciled to the Father.

As we reflect on the incarnation and begin the Christmas season, let’s remind ourselves of the greatest gift God could give us, himself, and let’s confess that Jesus is Lord.

Let the same mind be in you that was in Christ Jesus, who, though he existed in the form of God, did not regard equality with God as something to be grasped, but emptied himself, taking the form of a slave, assuming human likeness.
And being found in appearance as a human, he humbled himself and became obedient to the point of death—even death on a cross.

Therefore God exalted him even more highly and gave him the name that is above every other name, so that at the name given to Jesus every knee should bend, in heaven and on earth and under the earth, and every tongue should confess that Jesus Christ is Lord. (Philippians 2:5-11 NRSVUE)

May God help you rejoice as you see the incarnation was and is for you.

2 thoughts on “The Incarnation and Me … and You”