Speaking Of Life 3025 | Eyewitness Testimony Jeff Broadnax Many movies and TV shows feature dramatic courtroom scenes where a surprise witness gives testimony that shocks the courtroom. The witness is so compelling that there is no doubt that his or her testimony is true. In real life, however, eyewitness testimony is frequently unreliable. According to the Innocence Project, since the 1990s, around 350 people have been exonerated due to DNA evidence. In 75% of those cases, innocent people were convicted primarily due to mistaken eyewitness testimony.* The possibility of false testimony can make it hard to take people at their word. It would be wonderful to live in a world where we can believe everything people say, however, even eyewitnesses can get things wrong. This does not mean that all firsthand sources are untrustworthy. For example, the accounts of Jesus in the Bible are based on eyewitness testimony. But if we are not careful, we can transfer our distrust of people’s words onto God and question the truth of the things he tells us. In 1 John 5:9-13, the apostle John addresses this problem: We accept human testimony, but God's testimony is greater because it is the testimony of God, which he has given about his Son. Whoever believes in the Son of God accepts this testimony. Whoever does not believe God has made him out to be a liar, because they have not believed the testimony God has given about his Son. And this is the testimony: God has given us eternal life, and this life is in his Son. Whoever has the Son has life; whoever does not have the Son of God does not have life. I write these things to you who believe in the name of the Son of God so that you may know that you have eternal life. 1 John 5:9-13 God is not a liar and he does not give false testimony. What he says is true, and the truth he wants to share with us is that by grace we have life in Jesus Christ. We have evidence of the veracity of God’s testimony in the life, death, resurrection, and ascension of Christ.  There is never a need to doubt God’s word. The presence of the Holy Spirit in us: leads us into all truth, is the guarantee of our eternal future, and it also serves as proof of a new life in Jesus today.  Jesus is alive with us, and he guides us as we join him in bringing his light to our families, churches, neighborhoods, workplaces, and world. He helps us offer a reliable and true personal testimony about Jesus.  We can confidently trust what God says and how he leads us because we know his testimony is, was, and always will be faithful and true. I am Jeff Broadnax, Speaking of Life.

The theme for this week is the Lord who guides us from the right hand of the Father. The call to worship Psalm discusses the blessings on those who follow the Lord’s ways—to love God and to love each other. In Acts 1, shortly after Jesus’ ascension, we find the apostles moving forward and seeking God’s guidance regarding a new apostle to “become a witness” of the resurrection. In 1 John 5, we learn that whoever has the Son has eternal life. Finally, in John 17 we read a poignant prayer of Jesus speaking about his ascension and our relationship with him and the Father.

What led up to you following Jesus? Some of us had parents who were Christians and taught us about Christ from infancy. Some of us may have had miraculous experiences that suddenly revealed the reality of God. Others went on a journey for truth and Jesus found them at the end of the road. Whatever the story, we often tend to think about how we started following Christ by looking at things that happened in our lives that guided us toward Jesus.

What if we could ask Jesus that question? What if we could each ask Jesus, “What did you do to get me to follow you?” Do you think his answer would be different from our answer? I believe the answer is “yes.” I would focus on things that happened in my life, and there is nothing necessarily wrong with that. However, Jesus would talk about things that he personally did to draw me nearer to himself. Jesus’ answer would be far more intimate and personal. His answer would reveal his deep love and commitment to me long before I knew him.

His answer would include his birth, life, death, resurrection and ascension. His answer would be to remind us that if he hadn’t ascended and taken us to the Father, we would still be wandering around in our own helplessness. We would not be participating in the relationship and communion of the Father, Son and Spirit. 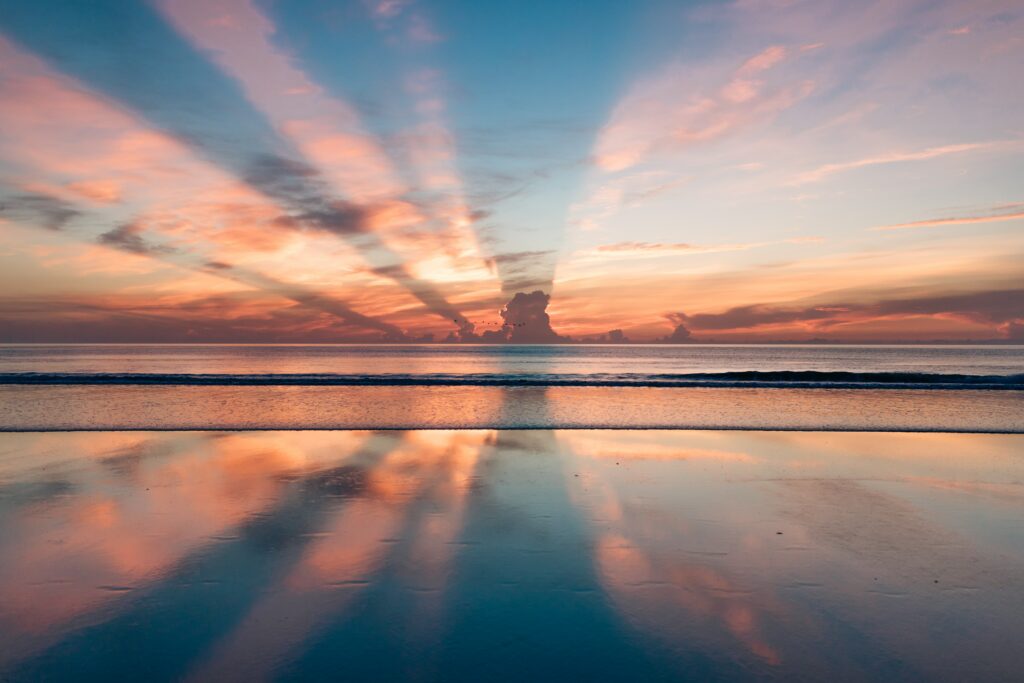 In John 17 Jesus prayed about and for the 12 disciples, and this exquisite prayer reveals the immensity of the promise of bringing us into the presence of the Father. Let’s keep in mind that Jesus prays this prayer in the shadow of the cross, on the evening of his betrayal. With his death so close at hand, he made sure this prayer gave us hope, sure promises, and a view into the things most important to him.

An exercise you may want to try at home is to read this passage and think in terms of what the disciples initially heard and what thoughts might have come to mind. Then read it and ask how they came to understand even more after the resurrection. Finally, I suggest you read it a third time and ask how this prayer has meaning to us as we think of Jesus’ ascension.

After Jesus had spoken these words, he looked up to heaven and said, “Father, the hour has come; glorify your Son so that the Son may glorify you, since you have given him authority over all people, to give eternal life to all whom you have given him. And this is eternal life, that they may know you, the only true God, and Jesus Christ whom you have sent. I glorified you on earth by finishing the work that you gave me to do. So now, Father, glorify me in your own presence with the glory that I had in your presence before the world existed. (John 17:1-5 NRSV)

While it might be fun to guess what the disciples were thinking, it’s more important for us to read this passage through the lens of the ascension and see what Jesus was praying for them and for us.

I have made your name known to those whom you gave me from the world. They were yours, and you gave them to me, and they have kept your word. Now they know that everything you have given me is from you; for the words that you gave to me I have given to them, and they have received them and know in truth that I came from you; and they have believed that you sent me. I am asking on their behalf; I am not asking on behalf of the world, but on behalf of those whom you gave me, because they are yours. All mine are yours, and yours are mine; and I have been glorified in them. (John 17:6-10 NRSV)

Righteous Father, the world does not know you, but I know you; and these know that you have sent me.  I made your name known to them, and I will make it known, so that the love with which you have loved me may be in them, and I in them. (John 17:20-25 ESV)

And this leads us to the importance of the Ascension.

Jesus’ prayer makes clear that the goal of Christ’s work was to unite us to the triune God and each other, but that is not all. In John 17:13, Jesus says that he spoke his prayer out loud so that the hearers may have “the full measure of joy within them.” John later stated in 1 John 1:4 that he detailed his witness of Jesus to make his readers’ “joy complete.” These two passages help us to understand that knowing the details of our reconciliation and redemption brings us joy. When we see the extent of God’s love and care for us, joy bubbles up.

The ascension completed the work God gave his Son. When Jesus returned to the Father his work of rescuing and redeeming us was complete. Salvation is a done deal for all those who believe that Jesus is who he says he is, and we are in him. Forgiveness is past tense. The ransom has been paid. Hope is restored. God’s plan to bring us back into relationship with himself was enacted. Because Jesus ascended, we have access to the throne of God, to the very presence of the Father, who loves us and desires to be in intimate relationship with us.