It is time to stand up and declare that all people are made in God’s image, all people are redeemed and reconciled to the Father through Jesus, and Jesus is the cure for the evil of racism.

Have you ever come to a place of decision? A place where the consequences of remaining silent in the face of evil are far greater than standing up and speaking out? There are times in our lives when something happens in our world, or situations occur that are so bad that you cannot and must not remain silent. Such a time is occurring in our nation regarding the issue of race, and the answer is the gospel. 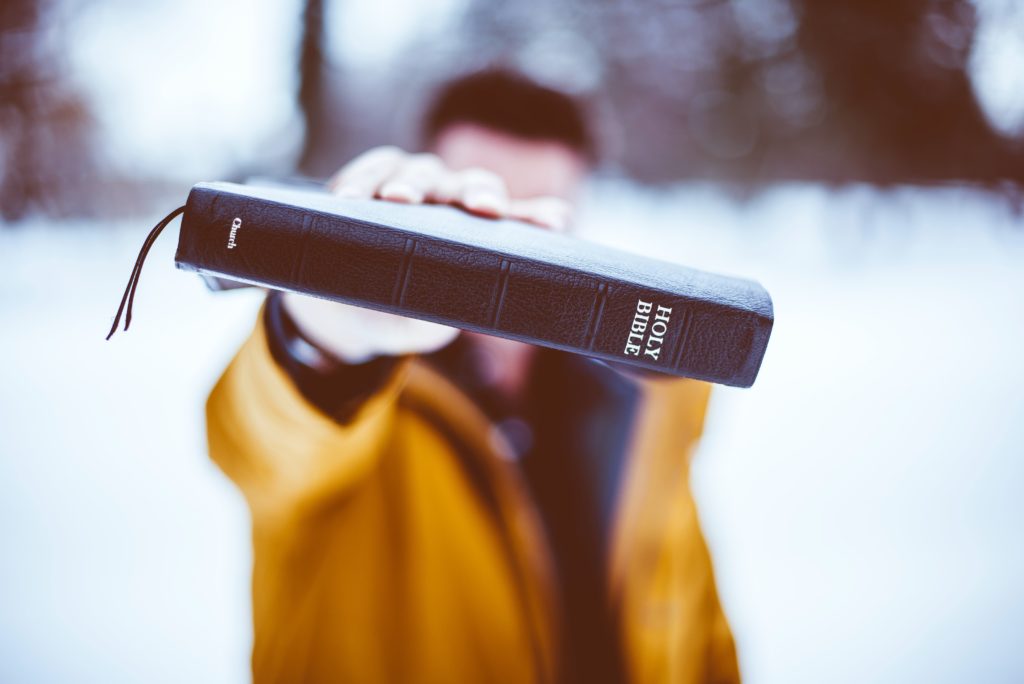 The apostle Paul found himself in that place of decision in Galatians, chapter 2. He either had to remain silent in the face of a very serious concern in the church, or he needed to stand up and get everyone focused on Christ and the gospel. In this letter we are told that Paul confronted Peter, his brother in Christ, over an issue that Paul perceived as being detrimental to the witness and unity of the church. Something that was so bad that Paul could not remain silent. This event occurred in the city of Antioch.

At that time Antioch was the center or base of the new Gentile or non-Jewish Christian church. Some of the churches in Antioch had made such an impact by their witness for Jesus that the Bible tells us in the book of Acts that “in Antioch the disciples were for the first time called Christians.”

Politically and socially, Antioch was the perfect city for Jews and Gentiles to enjoy fellowship together in Jesus Christ. When Peter first arrived in Antioch, he discovered Jewish and Gentile Christians fellowshipping together and eating meals together (presumably without regard to Jewish dietary laws). So, Peter joined in and shared meals with the Gentile Christians. However, when some Jewish friends of James came to Antioch from Jerusalem, Peter stopped hanging out with the Gentiles and stopped breaking bread with them.

Why? Peter didn’t want to face criticism. Many Jewish Christians held to the idea that Gentile Christians had to keep the Jewish traditions (Acts 15:1, 5). They believed that circumcision (from the Law of Moses) was still a requirement to be a Christian, so therefore Jewish Christians who had been circumcised could not fellowship (sit down, eat, drink and be merry) with the Gentiles who were not circumcised.

That may not seem like a big deal to us today.

Table fellowship was very important in that society. You didn’t just sit down and eat with people who were racially and religiously different from you. A common meal in the church became “God’s table.” Eating together made people brothers and sisters, and the Jewish Christians were not willing to risk being spiritually contaminated by eating with people whom they believed shouldn’t even be at the table.

There are two important issues to consider here. Two dynamics were at work; two very big issues have divided folks for centuries: religious tradition and ethnicity. These two things are still at the root of many of humanity’s problems today. Religious tradition and ethnic superiority were at work trying to disrupt the unity that the Spirit was forging in the early church.

God never intended for any group of people to think that they were in any way superior to another group of people, or that one group was inferior to another group. When people think that they are superior to, or better than, another human being—when a person refuses to acknowledge that another human being is created in the image of God and should be shown honor, dignity, and love—they allow the sin of racism to reign in their hearts. The result of that thinking is broken relationships, which leads to a broken society or culture. Paul saw how damaging Peter’s actions could be for the wellbeing of the new, thriving church. He felt compelled to confront his brother.

Our country is presently reeling from the effects of systemic racism. Protests in the streets of many of our cities against racial injustice have been taking place for weeks. I hold to the opinion that what we need in this moment in our current place and time in history is a bigger focus on Jesus and more Pauls in the pulpit.

What happens when we don’t confront racism in the church—and yes, unfortunately it does exist within the body of Christ—and in the culture? If racism is not snuffed out it will spread like leaven. Peter’s actions led other Jewish Christians—even Barnabas—to follow his lead and separate themselves from the Gentile Christians. When church leaders are silent, this influences other Christians, and the good news of Jesus Christ is not proclaimed as it should be.

The truth of the good news is that all people, black, white, brown, and yellow are accepted by God not because of anything they have done or can do, but solely on the basis of God’s grace shown in the life, death, resurrection and ascension of Jesus Christ. All are made in his image and all are equal in him. There are no superior people and there are no inferior people. No one is excluded from the fellowship of the Father, Son and Spirit.

Peter’s conduct compromised this principle, for it implied that there could be a superiority in some Christians based on religious tradition or race. The situation had affected the whole church at Antioch and had to be addressed publicly and decisively in order to resolve the church’s disunity.

We are at a similar crossroad today. If Christ followers don’t stand up and speak out about issues that need to be addressed, our silence only adds to the problem.

On a personal note: When I was a child, my family lived in Birmingham, AL, in the early 1960s. It was at the height of the civil rights movement, a time of severe racial strife in our country. Back in the 60’s, Birmingham was known as “Bombing-ham” because of all the black businesses, black churches and black homes that were being bombed by white racists. I often ran home from school with my sisters and classmates in fear, because of early dismissal because the school received another bomb threat.

When I was a little boy, my family spent many nights sleeping on our living room floor huddled together, instead of sleeping in our bedrooms and in our beds, because my dad wanted all of us to be in the same space, the same room, in case we had to run out of the house if our house or our neighbor’s house was bombed.

We didn’t live far from the 16th Street Baptist Church, where four little black girls, Carole Robertson, Addie Mae Collins, Carol McNair, and Cynthia Wesley, were killed when the church was bombed. Every now and then I say their names out loud, to keep their memories alive for me.

It took that horrific church bombing and the death of those four precious little black girls for some people to finally break their silence regarding systemic racism in America.

As I think about the protests that we have seen the past few weeks, my heart hurts. There is a lot of pain in my community. We hope against hope that this will be the turning point in our nation. That we will finally have some serious conversations around race in this country followed by taking serious action to make the necessary changes that are desperately needed. But if we don’t focus on Jesus and the good news he brought, we have no hope.

I can’t help but be disappointed by the silence from the voices of so many people of influence. I am disappointed that many spiritual leaders in the body of Christ have chosen to remain silent. Systemic racism and racial injustice is rampant in our country, partly because of a failure in our churches to preach the message of Jesus—that all are created equal, that all are loved, that all are forgiven, that all are included and race should never be a factor in that.

It is past time for all of us—black, white, brown, red and yellow—to be united in standing up and sharing the good news of Jesus, and by doing so, speaking out strongly in the face of systemic racism and racial injustice in our country! It is especially important that the message be heard from our white pastors and church leaders.

It is time to stand up and speak out against racial injustice.

It is time to stand up and declare that all people are made in God’s image.

It is time to stand up and proclaim that in Jesus Christ all people are redeemed and reconciled to the Father.

And it’s time for all of us to stop being silent and stand up, show up, and speak out proclaiming that Jesus Christ is the cure for the evil of racism.

It’s time to break the silence!

7 thoughts on “Time to Break the Silence”