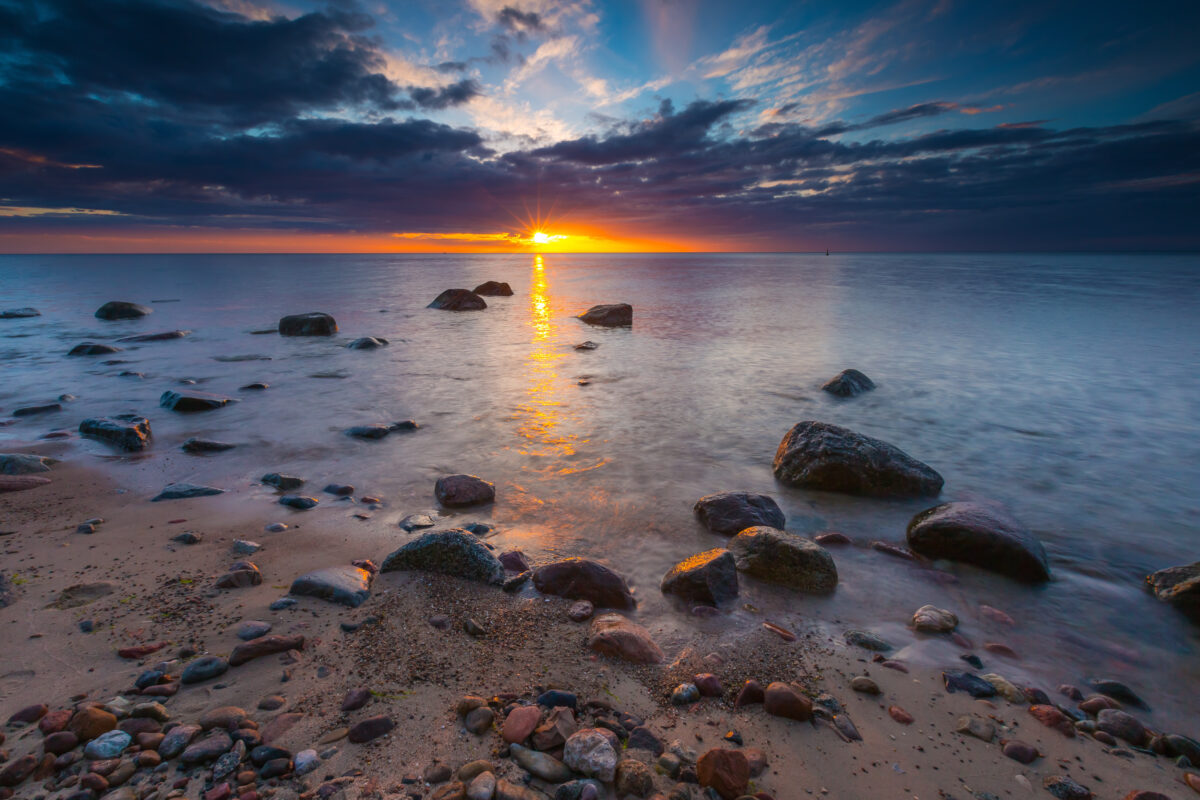 It’s easy to gloss over the Ascension as we move through the 50 days of Easter toward our celebration of Pentecost, but we should not do so. The Ascension represents a fulfillment of prophecy and explains visions seen by the prophets. It is the fulfillment of Christ’s incarnate work on earth. It is the end of Jesus’ limitations of time and space as he reentered the spiritual realm. It results in the sending of the Holy Spirit and the imparting of spiritual gifts, which we will celebrate at Pentecost. It has so much meaning, yet it is often overlooked as part of the celebration of the life of Jesus.

In GCI we acknowledge Jesus is the center of the center, and we strive to keep him the center of everything we teach, write, preach, and celebrate. Our Christian Worship Calendar focuses on the birth, life, death, resurrection, ascension, and return of Jesus. Let’s learn a bit more about the Ascension.

For forty days after the resurrection, Luke shares in Acts 1, Jesus had presented himself alive “by many convincing proofs.” He told the disciples to not leave Jerusalem, but to wait for the Father’s promise. “You will be baptized with the Holy Spirit not many days from now.” The gospel writers don’t share a lot of specifics about what Jesus taught them through those 40 days that led up to this mysterious event, but we do read that Jesus taught them many things pertaining to himself and the kingdom of God. I use the term “mysterious event” intentionally. Note what Bobby Gross, author of Living the Christian Year, says about the ascension:

All our language for this event is analogical since the source of the ascension entails as much mystery as the incarnation, the atonement, and the resurrection. In truth, these mysteries belong together as one grand movement of God for the salvation of humanity and creation. (p 193)

Try to explain the incarnation to someone; it is impossible to explain exactly how the light of the world became a man – we have biblical evidence that he was indeed both human and divine. Likewise, without faith, it is impossible to explain how Jesus atoned for all of humanity and how our sins were forgiven before the foundation of the earth. It is just as impossible for us to “explain” the resurrection. (Even Lazarus, who experienced a resurrection, could not explain it except to say, I once was dead, but now I’m alive.) We put the ascension in the same category of mystery. These are mysteries we believe because of our faith in the One the mysteries are about.

Luke writes about the ascension in the book of Acts:

So when they had come together, they asked him, “Lord, is this the time when you will restore the kingdom to Israel?” He replied, “It is not for you to know the times or periods that the Father has set by his own authority. But you will receive power when the Holy Spirit has come upon you; and you will be my witnesses in Jerusalem, in all Judea and Samaria, and to the ends of the earth.” When he had said this, as they were watching, he was lifted up, and a cloud took him out of their sight. While he was going and they were gazing up toward heaven, suddenly two men in white robes stood by them. They said, “Men of Galilee, why do you stand looking up toward heaven? This Jesus, who has been taken up from you into heaven, will come in the same way as you saw him go into heaven.” (Acts 1:6-11 NRSV)

You notice they didn’t seem surprised by Jesus’ departure, or the method. I’m guessing after seeing him appear in a locked room a few times, they were no longer surprised by what he could do. And Jesus had taught them many things about himself. But there might just be a bit more to it. Jesus may have reminded them of the words of Isaiah, or David.

See, my servant will act wisely; he will be raised and lifted up and highly exalted. (Isaiah 52:13)

In the year that King Uzziah died, I saw the Lord, high and exalted, seated on a throne; and the train of his robe filled the temple. (Isaiah 6:1)

When you ascended on high, you took many captives; you received gifts from people, even from the rebellious—that you, Lord God, might dwell there. (Psalm 68:18)

The fulfillment of Jesus’ incarnate work on earth

When I first read Bobby Gross’ statement that the ascension represents the completion of God’s work in Christ incarnate, I objected. After all, the incarnation has not ended. Christ is still with us through the Holy Spirit. But then I realized that was the author’s point. Jesus said, “It is finished.” The law and the prophets are completed – fulfilled. The fall is redeemed. The enemy is crushed. Death is destroyed. Salvation has occurred. The kingdom of God is here now in his body, the church. Jesus did what he came to do. His incarnate work – the work of God as a man in flesh and blood – was completed.

There was and is a progression of events:

Paul talked about this progression:

Who, though he was in the form of God, did not regard equality with God as something to be exploited, but emptied himself, taking the form of a slave, being born in human likeness. And being found in human form, he humbled himself and became obedient to the point of death—even death on a cross. Therefore God also highly exalted him and gave him the name that is above every name,  so that at the name of Jesus every knee should bend, in heaven and on earth and under the earth,  and every tongue should confess  that Jesus Christ is Lord, to the glory of God the Father. (Philippians 2:6-11 NRSV)

The end of physical limitations of time and space

This is a mystery many fantasize about participating in. Being present and not being seen. Popping into a room that is locked. Defeating the laws of gravity, space, and time. It’s easy to limit Jesus by assuming he is sitting on a throne somewhere, waiting for the Father to let him return. But that is to assume Jesus is still limited by a physical body. While we cannot adequately explain a glorified body, we know Jesus is no longer bound by geography, science, or natural laws. He is free from earthly limitations; he is always near.

Jesus is one with the Father and the Spirit. He now lives in us by and through the Holy Spirit.

The beginning of our work in participation with him

If Jesus did not ascend, we would not have the ministry of the Holy Spirit, whom he promised to the disciples and to us. In John 14 – 16, Jesus told the disciples that both he and the Father would send the “Comforter” (KJV) or “Advocate” (NIV and NRSV). He told them he had to go away for this to occur.

Nevertheless I tell you the truth: it is to your advantage that I go away, for if I do not go away, the Advocate will not come to you; but if I go, I will send him to you. (John 16:7 NRSV)

This happened 10 days after the Ascension, at Pentecost, and it continues today. We will celebrate this event next month. It is because Jesus ascended that we received the Holy Spirit and spiritual gifts that enable us to participate in Jesus’ works of ministry.

One final point. I titled this article, “Jesus’ Ascension – An End, A Beginning and An End” intentionally. The Ascension was the end of Jesus’ incarnate work on earth; it was the beginning of the work of the church through and by the Holy Spirit; and it symbolizes the completion of Christ’s work in us.

But God, who is rich in mercy, out of the great love with which he loved us even when we were dead through our trespasses, made us alive together with Christ—by grace you have been saved—and raised us up with him and seated us with him in the heavenly places in Christ Jesus, so that in the ages to come he might show the immeasurable riches of his grace in kindness toward us in Christ Jesus. (Ephesians 2:4-7 NRSV)

The Ascension reminds us that Christ, who began a good work in us, will see it through till the day of completion. This includes our sanctification, the process of becoming more like Christlike. Jesus said this is evident in how we treat others (Matthew 25). He even identified the foundational core of this process in John 13 when he told us to love others as he loves us.

In one sense we are already completed in him – the already but not yet – but in another sense we are growing in grace and knowledge. Paul is telling us to live in the truth of our identity in Christ, which includes our resurrection and our being raised with him. In him, we are already raised up and seated in heavenly places, and this motivates us today to move toward that final act of glorification. Because of him, we see and show others the immeasurable riches of his grace. His love for us compels us to share his grace with others. The Ascension reminds us of our future.

7 thoughts on “Jesus’ Ascension – An End, A Beginning, and An End”