Speaking Of Life 2050 | Pinky Promise Cara Garrity When I was a kid, my friends and I would often make promises to each other. If we really wanted to emphasize our commitment, we’d say things like “Cross my heart and hope to die” or we might extend our little finger and hook our friend’s little finger in a “pinky promise.” While we might change our minds about keeping regular promises, a pinky promise was not to be broken. This gesture showed we meant to keep our word. The Bible is filled with promises, though sometimes in the Old Testament, they’re called covenants. There are several examples of God’s faithfulness in keeping the covenants made with ancient Israel. There are also several examples of people who broke their covenant with God. What is fascinating is to note that the unfaithfulness of the Israelites did not affect God’s faithfulness to them. The Old Testament prophets express God’s grief over the broken promises made, but they always reassure God’s people that God will never break his promises to them. Jesus is the fulfillment of God’s promises. His resurrection, for example, gives us the promise that we will also be resurrected. Many wondered about this promise. The Apostle Paul wrote to the church at Thessalonica when they were wondering if God meant to keep his promise of resurrection: But we do not want you to be uninformed, brothers and sisters, about those who have died, so that you may not grieve as others do who have no hope.  For since we believe that Jesus died and rose again, even so, through Jesus, God will bring with him those who have died. 1 Thessalonians 4:13-14 (NRSV) The Thessalonians were grieving and asking big questions: What happens to our loved ones after death? What happens to us? These big questions were a way of asking God, “Are you going to keep your promise of resurrection?” And as we see in this passage, Paul affirms God’s willingness to raise us by giving us evidence: the very resurrection of Jesus. Jesus spoke about his certainty in God’s promise of resurrection before he died in John chapter 11: “I am the resurrection and the life. The one who believes in me will live, even though they die.” John 11:25 Jesus believed in God’s ability to raise him from the dead, and Paul reminds us that the God who kept his promise of resurrection to Jesus will also keep that same promise to us. Pinky promise. May you live today in the security of God’s pinky promises, knowing that he is faithful, and Jesus is proof. I’m Cara Garrity, Speaking of Life.

The theme for this week is hope and promises, which encourages us to consider God’s promises and allow them to fuel our hope. The “call to worship” Psalm reminds us to tell the generations of the “praiseworthy deeds of the Lord.” Joshua reminds the Israelites of the many times God delivered them and he encouraged them to base their commitment on this evidence of God’s faithfulness. This week’s sermon outline is based on 1 Thessalonians 4:13-18, where Paul addresses the big question about God’s promise of resurrection to us. Lastly, Matthew tells the parable of the foolish bridesmaids who weren’t ready, thus encouraging us to wait with hope, knowing God keeps his promises and is always perfect in his timing.

When Amanda Messer was a little girl, her parents split up. She was “a daddy’s girl,” and on the days he was scheduled to come for visitation, she dressed up in her prettiest dress and waited by the front picture window to see him pull into her driveway. At first, he was always on time, and she so looked forward to spending time with him. Later, she waited…and she waited…and she waited, until her mother said, “He’s not coming. Go change your clothes.” Amanda didn’t understand it at the time, but her father struggled with addiction to alcohol and drugs. What she did understand is that her daddy did not keep his promises to her.

As an adult, Amanda was deeply moved by a coworker’s Facebook post where he talked about his father who had just passed away. Her coworker said that his dad was just an average guy, but his word was golden. He always kept his promises, and this prompted the son to encourage others to keep their promises by mailing out “promise cards.” These were cards people could fill out and give to others or use as a reminder of what they had promised to do. Amanda became a co-founder of this project in 2012, and over the past eight years, it has become an international nonprofit social movement called “Because I Said I Would.” As of 2019, Because I Said I Would has sent out 10.3 million Promise Cards to more than 153 countries, provided free online resources you can download, and offered character development programs to more than 150,000 students.

Amanda Messer’s story highlights the importance of keeping promises. We live in a world where promises are constantly being broken. Parents break promises, marriages fail over broken promises, businesses suffer due to broken promises. And let’s not get into how many promises are broken by elected officials. This has made it difficult for many to learn to trust. And that lack of trust is often carried over to people’s relationship with God. Many wonder, some ask, does God keep his promises? 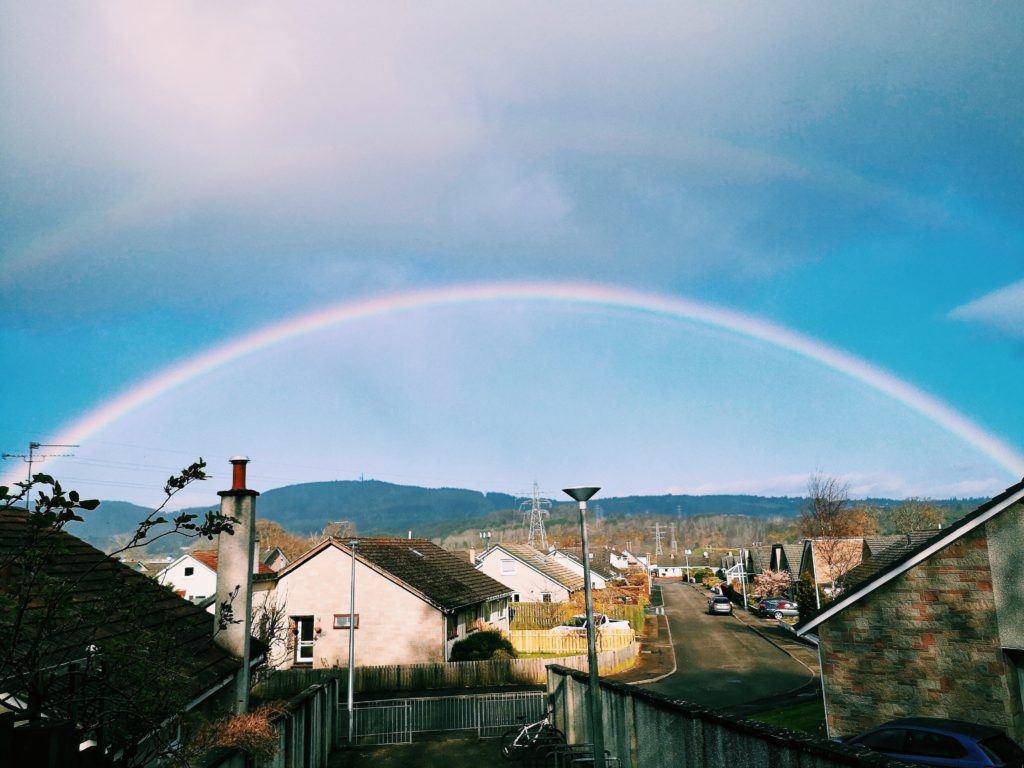 Believers in Thessalonica were asking about God’s promises—in particular about the resurrection. Believing Jesus was going to return in their lifetime, there was concern about those who died in the faith. Would only those alive be changed? What exactly is God’s promise? And how do we know he will keep it? Paul answers both questions by reminding us how God keeps his promises through Jesus.

But we do not want you to be uninformed, brothers and sisters, about those who have died, so that you may not grieve as others do who have no hope. For since we believe that Jesus died and rose again, even so, through Jesus, God will bring with him those who have died. For this we declare to you by the word of the Lord, that we who are alive, who are left until the coming of the Lord, will by no means precede those who have died. For the Lord himself, with a cry of command, with the archangel’s call and with the sound of God’s trumpet, will descend from heaven, and the dead in Christ will rise first. Then we who are alive, who are left, will be caught up in the clouds together with them to meet the Lord in the air; and so we will be with the Lord forever. Therefore encourage one another with these words. (1 Thessalonians 4:13-18 NRSV)

What do we see in this passage?

The first thing Paul points out is that we need hope when faced with grief, loss, and suffering, all of which are part of our human experience. While normal, Paul reminds us we can move through and process them better if we have hope.

But we do not want you to be uninformed, brothers and sisters, about those who have died, so that you may not grieve as others do who have no hope. (1 Thessalonians 4:13 NRSV)

Paul follows this up by sharing details of this resurrection that clearly indicate it won’t be done in secret. It will be a big event with lots of reunions and rejoicing. Further, he emphasizes the promise that we will be with Christ for all eternity.

For the Lord himself, with a cry of command, with the archangel’s call and with the sound of God’s trumpet, will descend from heaven, and the dead in Christ will rise first. Then we who are alive, who are left, will be caught up in the clouds together with them to meet the Lord in the air; and so we will be with the Lord forever. (1 Thessalonians 3:16-17 NRSV)

Finally, Paul reminds us to share this promise with others—to give the encouragement of the hope they have in the resurrection.

Therefore encourage one another with these words. (1 Thessalonians 3:18 NRSV)

Amanda Messer’s story shows how one man’s broken promises affected his little girl, and we also saw how another man’s life of promises kept, though unremarkable in other ways, left a legacy of hope. God has given us hope by providing proof of our resurrection through our elder Brother Jesus.

The Importance of a Promise (Amanda Messer): runs 11 minutes