Speaking of Life 3004 | Favored by God Heber Ticas I remember teaching my son how to ride a bike without training wheels. He was scared, and he wasn’t sure he wanted to do it. I mean, there was some risk of falling, right? And if he didn’t use the brakes, he could run into something. But I knew he was ready, and I ran alongside that bike until he was steady. He knew I wouldn’t let go, and I knew that he could handle it. This memory makes me think of how Mary, the mother of Jesus, must have felt when the angel Gabriel told her that she was going to become pregnant with God’s Son. Let’s take a look: In the sixth month of Elizabeth’s pregnancy, God sent the angel Gabriel to Nazareth, a town in Galilee, to a virgin pledged to be married to a man named Joseph, a descendant of David. The virgin’s name was Mary. The angel went to her and said, “Greetings, you who are highly favored! The Lord is with you.” Mary was greatly troubled at his words and wondered what kind of greeting this might be. But the angel said to her, “Do not be afraid, Mary; you have found favor with God. You will conceive and give birth to a son, and you are to call him Jesus. Luke 1:26-31 Mary was just a teenager. She probably didn’t feel ready for this, especially when being pregnant before marriage meant being shamed or even worse, killed. But God was moving Mary from what she thought she was, a poor unmarried girl, to what she was capable of. This is what he does for each one of us. Like us, Mary needed some reassurance. She asked how a pregnancy would be possible, but ultimately, she said, “Here am I, the servant of the Lord; let it be with me according to your word” (Luke 1:38, NRSV). Even though she wasn’t sure she could handle it, God, through Gabriel, said she could. She believed the angel’s word that “no word from God will ever fail” (Luke 1:37, NIV), and she knew God would be with her. In the same way my son trusted my judgment when I said he was ready to ride a bike without training wheels, Mary trusted that God knew her—all of the good and all of the bad—and believed in her. Because God believed she could handle it, Mary believed, too. When God asks us to participate in sharing his love through our unique gifting, he already knows we’re capable of handling it, and his presence is promised because “no word from God will ever fail.” As you move through the world and share God’s love, may you know that the infinite Divine presence believes you can handle it and will enable you to do it. I’m Heber Ticas, Speaking of Life.

The theme this week is God with us, which reminds us that we are never alone. The Psalm 89 call to worship confirms God’s abiding presence with us, as it was with David. In 2 Samuel we read the story of David’s desire to build God a house, and God’s correction to him through the prophet Nathan that “I [God] have been with you wherever you went.” Romans 16 speaks of God’s strengthening and the revelation of the mystery—we are not alone! Last, our sermon text from Luke tells the story of the angel Gabriel breaking the news to Mary that she would bear Jesus, if she were willing, with the affirmation that God would “overshadow” her and be with her every step of the way.

God With Us: Dangerous Participation

As we move through the season of Advent, one of the most loved scripture passages is where the angel Gabriel tells Mary that she has been chosen to bear God’s Son, Jesus. Many of us might wonder how we would have responded. Most of us have seen Christmas pageants with reenactments: Mary with the blue scarf draped over her head and shoulders, eyes downcast; the angel Gabriel in a white sheet with the gold tinsel halo. These images may make us feel good; they are familiar, but they lack the background that shows how disruptive God is in his quest to show love to all humanity. Let’s review the passage first, and then we’ll discuss the dangerous participation Mary was asked to play a part in.

What can we observe about the text?

In the sixth month the angel Gabriel was sent by God to a town in Galilee called Nazareth, to a virgin engaged to a man whose name was Joseph, of the house of David. The virgin’s name was Mary.  And he came to her and said, “Greetings, favored one! The Lord is with you.” But she was much perplexed by his words and pondered what sort of greeting this might be. The angel said to her, “Do not be afraid, Mary, for you have found favor with God. (Luke 1:26-30 NRSV)

The angel tells Mary she has “found favor with God,” then he follows that up with “Don’t be afraid,” and then again emphasizes that she is a “favored one.” Normally when we think of finding favor, we usually don’t equate that with also being fearful. Perhaps there are two reasons the angel told Mary not to be afraid. One is evident, the other is cultural.

The evident reason is because she is being addressed by an angel who is bringing her a message from God. That’s enough to make anyone a bit fearful. Whenever a supernatural being shows up, people are naturally apprehensive. What is going on here? Is this a real angel? Why is he addressing me? What does he mean, I’m favored? 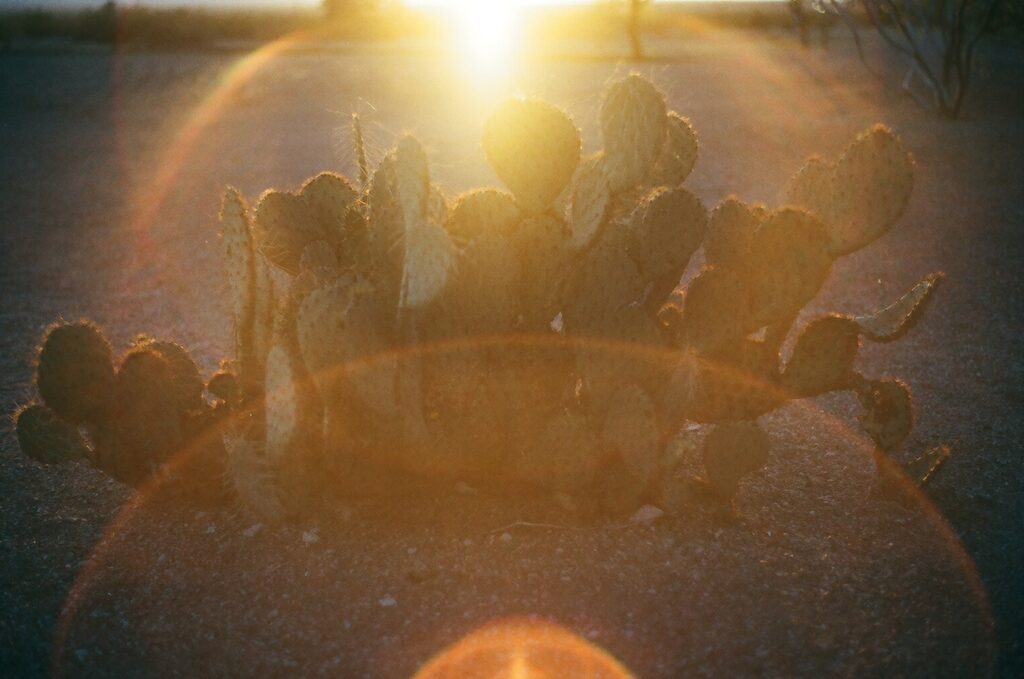 Let’s also consider the cultural context of the times: a) Mary was not yet married but betrothed, and we’ve heard before that in the ancient Jewish culture, an unwed, pregnant woman could be divorced (and therefore shunned) or worse, stoned. Mary doesn’t know yet that she will become pregnant, but the command “Don’t be afraid” may point toward what the angel will soon say.

There are differences of opinion about betrothal. Some scholars claim that betrothed couples were allowed to have sexual relations prior to the marriage ceremony and therefore Mary’s pregnancy was not as scandalous as some portray. However, the traditional view is that during the time of Christ, betrothal was a time of preparation and sexual intimacy was not allowed during this time. Therefore, Gabriel knew his next words would give Mary much cause to be fearful—of Joseph’s reaction, her parent’s reaction, and public reaction.

At this point, Mary didn’t know that she would become pregnant right away. Nor did she know that God would communicate with Joseph through a dream. She didn’t even know whether Joseph would continue to be in the picture. Mary had to trust that God would see her through. And God did.

And now, you will conceive in your womb and bear a son, and you will name him Jesus. He will be great, and will be called the Son of the Most High, and the Lord God will give to him the throne of his ancestor David. He will reign over the house of Jacob forever, and of his kingdom there will be no end.” Mary said to the angel, “How can this be, since I am a virgin?” The angel said to her, “The Holy Spirit will come upon you, and the power of the Most High will overshadow you; therefore the child to be born will be holy; he will be called Son of God.” (Luke 1:31-35 NRSV)

Mary was unsure about the logistics of how this pregnancy would happen. It’s interesting to note that the same wording for “overshadow” was used in the account of the Transfiguration when it talks about the cloud from which the voice came saying, “This is my Son, my Chosen; listen to him!” (Luke 9:35, NRSV). This affirms the presence of God with Mary. She wasn’t going to do this by herself.

And now, your relative Elizabeth in her old age has also conceived a son; and this is the sixth month for her who was said to be barren. For nothing will be impossible with God.” (Luke 1:36-37 NRSV)

Two observations here: First, Mary, you are not alone in this divine intervention. God also intervened with Elizabeth—hear her story, rejoice together. And second, know that when you are participating in what God is doing on this earth, nothing is impossible. This doesn’t mean that it’s not difficult, but God with us enables us to do that which we thought we could not do. Any woman who has ever given birth can attest to that.

Then Mary said, “Here am I, the servant of the Lord; let it be with me according to your word.” Then the angel departed from her. (Luke 1:38 NRSV)

In many Christmas pageants, this response from Mary is often spoken in a passive voice, as if Mary was being forced to do something she did not want to do—as if she had no choice in the matter. We always have a choice whether or not we participate with God, and Mary was no different. I like to think of her saying this verse with empowerment and an attitude of “Bring it on.” “If this is going to save our people, then let’s get started!” Mary recognized that being chosen to bear God’s Son was disruptive to the normal power structures of her culture—it went against what human beings would typically do.

Human beings would likely choose a wealthy family to bear God’s Son; God chose a poor, unwed peasant girl. This is evidence of God’s kingdom disrupting or opposing typical human systems, and if we look closely, the Bible is filled with proof of God’s great love for those who are marginalized and often thought of as “less than” by other people. Mary’s belief in God’s abiding presence with her gave her the courage she needed to tell Joseph and to go ahead with bearing God’s Son even though she didn’t know how God was going to work out the details. Mary was not a doormat; she chose to participate with God in this adventure, despite the uncertainty she had, because she knew God was with her.

As we move through this Advent season, let’s remember that we love and serve a God who is always with us and will always “overshadow” us, helping us to do things that we may think are impossible, or at least beyond our skills. At the same time, let’s rethink how we interact with those who might feel marginalized, like Mary. Our God is actively disrupting human systems of oppression that keep people from seeing their value as beloved children of God. May we offer ourselves and others this gift of knowing who we are in Christ, and helping them see that through Jesus, God came to dwell with us all.