In my many travels with Delta Air Lines I often read Delta’s Sky magazine (typically doing the crossword puzzle first in an attempt to exercise my mind!). On a recent flight, a particular article caught my attention. It highlighted the movie Born to Be Blue, in which actor Ethan Hawke portrays fabled blues trumpeter Chet Baker. Hawke is quoted as saying that Baker’s biggest struggle after a drug dealer knocked out his teeth was “to play and to play great again.” Noting the movie’s primary goal in telling Baker’s story, Hawke made this comment (emphasis added):

Some biographies paint [Baker] as the angelic-type figure, some have these deep-in-a-drain drug themes, and some paint him as a criminal. Everything about the guy, even his death, was mysterious. We’re just trying to humanize him.

In many ways, Baker’s story is the story of all humanity. We all were born into a fallen world, and yet, as noted by the apostle Paul, we all have hope:

You were dead through the trespasses and sins in which you once lived, following the course of this world, following the ruler of the power of the air, the spirit that is now at work among those who are disobedient. All of us once lived among them in the passions of our flesh, following the desires of flesh and senses, and we were by nature children of wrath, like everyone else.

But God, who is rich in mercy, out of the great love with which he loved us even when we were dead through our trespasses, made us alive together with Christ—by grace you have been saved—and raised us up with him and seated us with him in the heavenly places in Christ Jesus, so that in the ages to come he might show the immeasurable riches of his grace in kindness toward us in Christ Jesus.

For by grace you have been saved through faith, and this is not your own doing; it is the gift of God—not the result of works, so that no one may boast. For we are what he has made us, created in Christ Jesus for good works, which God prepared beforehand to be our way of life. (Ephesians 2:1-10)

Though the Born to Be Blue writers and actors were unable to fully humanize Chet Baker (or anyone else, for that matter), we need not be discouraged, for “humanizing humanity” is what Jesus has done because it is who Jesus is. Out of his deep love and rich mercy, Father God sent his Son to us when we were “dead” due to our “trespasses and sin”—walking around like living corpses (zombie fans will relate!). All of humanity was in this “living dead” state when the Son of God moved into our neighborhood by becoming one of us (John 1:14).

We refer to this astounding miracle and amazing gift of grace as the Incarnation. It’s the focus of our Advent-Christmas celebrations when we give thanks for Jesus’ birth, which heralds the coming of the Son of God into our state of death (alienation) to grant us true, everlasting life. Amazing grace!

The grace “package” addressed by Paul in Ephesians 2:5 reminds us that we have been made alive by Christ. No longer are we lumbering corpses because Christ has redeemed us—Christ has re-created humanity by becoming one of us to unite us to his humanity. And Christ, in his now glorified humanity, is seated on the throne of heaven (and thus Paul can say that we are seated there with him—his union with our humanity is permanent). This grace “package” thus speaks to the humanization of humanity accomplished by the one who created us and saved us by sweeping us up into his very life. Jesus, the one truly “human” human, by grace, has humanized us all! 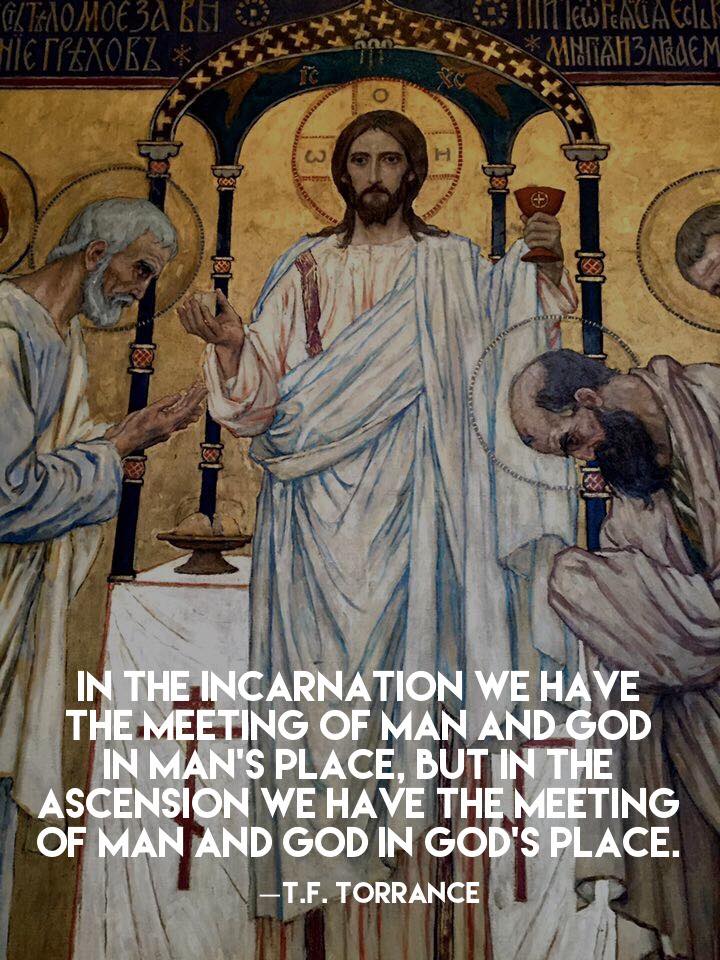 When the second member of the Godhead willingly emptied himself to take on the form of a human being, a plan was set in motion established by the Triune God before the creatoin of the world. That plan was for the Son of God to become the Son of Man to enable us all, God’s created sons and daughters, to become the humanized, fully adopted children of God that now, in Christ, we truly are.

During the Thanksgiving-Advent-Christmas season, I hope you’ll join me in reflecting on the beauty and mystery of the Incarnation, including Christ’s birth in Bethlehem. As we do, let’s thank God for sending Jesus who, in redeeming us as one of us, made us truly human!

With love from my family to yours,

PS: As we publish this issue of Equipper, Susan and I are preparing to travel to North Carolina (on Delta!) for one final journey of 2016. While there, we’ll be participating in the graduation ceremony of our son Garrett. He has completed his studies and he will earn his Masters of Business Administration. As stated in the old poster that some of you will recall, “MBA=BMW.” For Garrett, a BMW looks more like a Ford F150 4X4. We are proud of you, Garrett!