Though disassociation is a rare occurrence, there are times difficult decisions must be made for the health of the congregation and/or an individual. 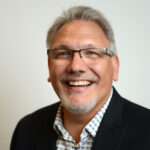 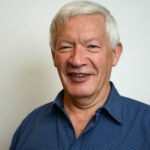 By God’s grace, we have moved away from being sheriffs to caring shepherds who point people to Jesus. With that said, there are times when a situation needs special attention and decisions need to be made for the physical, emotional, or spiritual health of a congregation or an individual. In these cases, we look to Paul’s example for guidance. It is clear Paul had compassion for the congregations under his care. He wrote in 2 Corinthians 11:28 of “the daily pressure” on him of his “anxiety for all the churches” (ESV). The New Testament is littered with examples related to church oversight and discipline that inform the church throughout all ages.

Paul’s desire for all Christians was that their faith would grow abundantly, their love for one another would increase, and that from their congregations the word of the gospel would spread forth as far as possible (see 2 Thessalonians 1:3; 1 Thessalonians 1:8). He was also concerned lest bad influences infiltrate the church and turn some believers away from the truth of Christ. He warned converts not to desert his supervision and not to listen to troublemakers, which appeared to be the danger in Galatia (see Galatians 1:6-7). 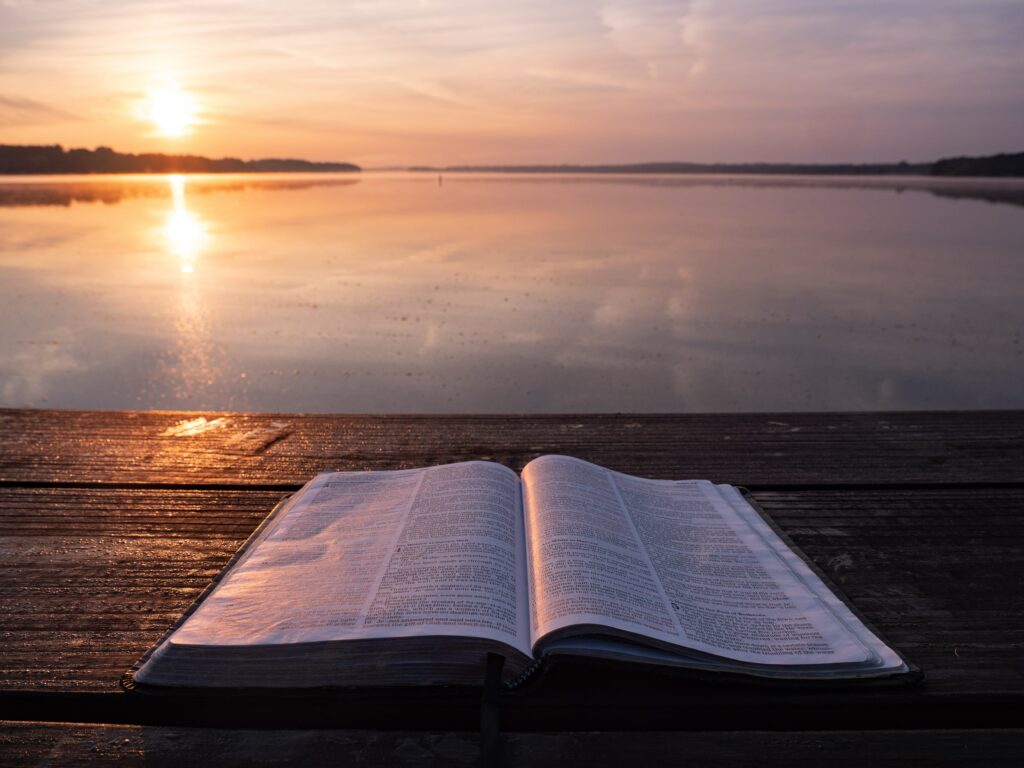 In order to protect the church, Paul allowed a system of church discipline, and, in so doing, he set precedents for church practice that remain relevant for us today. In extreme cases this would involve removal from fellowship, sometimes called disassociation. As we discuss this subject, it’s important to remember that the context was always concern for the churches and a hope that that troublemaker(s) would repent and be restored to fellowship. Redemption and salvation were the keynote thoughts behind the practice of disassociation.

Let’s consider some of the instances of disassociation in both Paul’s writings and in the General Epistles.

Both the apostle Paul and the apostle John strove to maintain the purity of Jesus’ teachings within the churches. Their desire was to keep Christians focused on the life and work of Jesus Christ and to protect them from heretical views. Note what John wrote to one of the house groups in his circuit:

Everyone who goes on ahead and does not abide in the teaching of Christ, does not have God. Whoever abides in the teaching has both the Father and the Son. If anyone comes to you and does not bring this teaching, do not receive him into your house or give him any greeting, for whoever greets him takes part in his wicked works. (2 John 9-11)

The instruction was to not admit and welcome someone intent on spreading heretical views about Christ into their fellowship. This was a common theme in Paul’s letters, most notably in Galatians. He was concerned about shielding the church from spurious versions of the gospel of Jesus.

Paul told Timothy to “charge certain persons not to teach any different doctrine” (1 Timothy 1:3) and instructed Titus, “As for a person who stirs up division, after warning him once and then twice, have nothing more to do with him” (Titus 3:10). Other translations of the Titus verse include the word “heretic” or refer to doctrinal division. For example, “If a man is a heretic, after the first and second admonition reject him” (KJ21); “[As for] a man who is factious [a heretical sectarian and cause of divisions], after admonishing him a first and second time, reject [him from your fellowship and have nothing more to do with him]” (AMPC); “Have nothing to do with people who continue to teach false doctrine after you have warned them once or twice” (GW).

The church in Corinth was a confused and divided church in many ways, and Paul points to the word of the cross of Christ as being the starting point for healing restorative love among them. In his first letter, Paul tells the congregation that they should have acted earlier in disfellowshipping someone who had been involved in a sexual relationship with his father’s wife (this wording implies the man’s stepmother). The congregation should have been shamed by what was happening, says Paul.

Shouldn’t you rather have gone into mourning and have put out of your fellowship the man who has been doing this? (1 Corinthians 5:2)

He then instructs the church not to delay in disfellowshipping him as quickly as possible. He then asserts his authority in dealing with church discipline by stepping in when the church has failed in its duty to discipline someone who was flagrantly and openly defying the church’s code of acceptable behavior. Having stepped in, he lets the church leadership carry out his excommunication instruction.

In this instance Paul moves swiftly to protect the church from an ongoing negative influence. It’s of note that he does not tell the church to give the offender a first and second warning, but rather tells the church to act immediately on this matter.

Both the Old Testament and the New Testament are very strong when it comes to someone with a slanderous and accusatory spirit. The problem with slander is that it can create a climate of suspicion. Note the words of Paul to Timothy, where he discusses someone who causes division:

He is puffed up with conceit and understands nothing. He has an unhealthy craving for controversy and for quarrels about words, which produce envy, dissension, slander, evil suspicions, and constant friction” (1 Timothy 6:4 ESV).

Paul and John both dealt with accusers who slandered them and refused to accept their ministry. In his 2nd letter to Timothy, Paul wrote:

Alexander the coppersmith did me great harm; the Lord will repay him according to his deeds. Beware of him yourself, for he strongly opposed our message. (2 Timothy 4:14-15 ESV)

It appears that Alexander the coppersmith was on his way to Timothy. Did he intend to discredit Paul’s message, and that’s why Paul mentioned this to Timothy? Paul also warned of Hymenaeus, who, along with someone called Philetus, were “upsetting the faith of some” and whose “irreverent babble” would “spread like gangrene” (2 Timothy 2:16-18). By rejecting “the stewardship from God that is by faith,” Paul explains, “some have made shipwreck of their faith, among whom are Hymenaeus and Alexander, whom I have handed over to Satan that they may learn not to blaspheme” (1 Timothy 1:4, 19-20). The phraseology “handed over to Satan” refers to disassociation (see 1 Corinthians 5:5).

The apostle John also writes of “Diotrephes, who likes to put himself first,” and who “does not acknowledge our authority.”

So, if I come I will bring up what he is doing, talking wicked nonsense against us. And not content with that, he refuses to welcome the brothers, and also stops those who want to and puts them out of the church. (3 John 9-10 ESV)

Diotrephes was probably a church leader, perhaps an elder or a deacon, who refused John’s ministry and encouraged others not to welcome John or those sent from him.

In both instances, those involved rejected the apostolic ministries of either Paul or John, and there was a clear spirit of rebellion, thus demonstrating a lack of humility and of teachability.

First, we understand that grace is not a license for “anything goes” – in fact, grace teaches us to say “no” to ungodliness and unrighteousness. But we also understand that we live in a turbulent world where human brokenness is on full display, and we are agents for healing that can be found through Jesus. Our job is not to judge and condemn, but to reach out and lead others to the One who heals.

As Dr. Walter Kim said in his presentation to us, we need to listen with humility, learn with curiosity, lament with solidarity, and love self-sacrificially. This is our first approach.

With this said, as church leaders, we have a responsibility to maintain decency and unity within our churches. When destructive levels of division arise, there is the need to address these matters. And bear in mind that even when a person has violated his/her right to gather with other believers, it doesn’t mean that the church has pronounced a judgment of eternal consequence. The discipline has been done with the long-term desire for restoration.

The above scriptures help inform the disassociation policies and practices of Grace Communion International. When it comes to people who cause division by creating heretical factions within our congregations, we may issue first and second warnings before removing them from fellowship. There are, however, other occasions—which could involve slanderous accusations and a refusal to accept or recognize pastoral ministry—when a pastor or pastoral leader, having sought advice from his or her denominational supervisor, might remove someone without warning from fellowship in order to protect the congregation or fellowship group from damage or attrition. In all these matters the major concerns of the church remain redemptive and salvific.

I appeal to you, brothers, to watch out for those who cause divisions and create obstacles contrary to the doctrine that you have been taught; avoid them. (Romans 16:17 ESV).

The main objective for our pastors and servant leaders within GCI is not to dominate our brothers and sisters in the faith, but rather to be “helpers of their joy” (2 Corinthians 1:24). It can sometimes be a challenging task, so please remember to pray for them in their daily care for the churches.

2 thoughts on “A Biblical View of Disassociation”