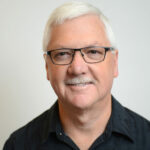 In an article in the February Equipper the “lost’’ were identified as belonging to the Father. “Who are the “lost” of humanity? When our love avenues make efforts to engage with the ‘lost’ how should we view them? How should we relate to them? As those who already belong to the Father.” (Glen Weber, February 2022 Equipper)

As Glen pointed out, you cannot be lost unless you first belonged. A central thought in the article was that no one is lost from God’s perspective – we are only lost because as humanity we do not know that we belong. We are all God’s dearly loved children.

As the church participating with Jesus, our responsibility is to assist in removing the blinders of lostness.  Now that we have come to understand who the “lost” are, we now need to understand how to interact with them. This is important because in the past the church at large has not fully understood how to do this. We can express this in terms of belong, believe, and behave.

Unfortunately, the order many churches seem to practice is believe, behave, and then belong. As an individual began to understand who Jesus was, they were then expected to behave, that is, to live in accordance with the gospel, and when this was successfully accomplished, only then did they belong. Under this way of thinking, the church, armed with the truth as different denominations defined it, had the responsibility to fix people. Several things are wrong with this thinking.

To be successful in its mission, rather than focus on building relationships with neighbors and coworkers, the gospel was often shared through big events like revivals or crusades. Like our own history, many relied on media – the printed word, radio, and television – to get people’s attention. As people heard the message – which was often fear-based and included prophetic warnings – many would respond to an altar call, call the number on the screen, or write in for more information. Many denominations grew because of these events and media pushes as people joined and built relationships within the church. As Christians spent time together with like believers, many became uncomfortable spending time with those outside the faith. An “us” and “them” mentality fostered between the saved (us) and the lost (them).

Seemingly ignoring the truth that all have sinned and we still sin, many denominations discouraged associating with “sinners.” Believers were to live “unspotted” lives; being with sinners would lead to disobedience – misbehaving. If we cannot behave perfectly, then how can we belong? Misbehavior led to feelings of guilt, and shame – not measuring up to what Jesus expected. Sermons focused on how much God hates sin and sinners would never make it to heaven. Behaving was the focus for believers and nonbelievers. You need to behave in order to belong. The focus is on works and what we do.

When belong comes before belief and behave, the focus is on Jesus – what he had done and what he continues to do. When we focus on Jesus, we are compelled by his love to reach out and help others understand they belong.

This drastically changes how we view the lost – the unbeliever. The parable of the lost sheep (Luke 15:3-7) explains how important the one lost sheep is and how there is great rejoicing when it is recovered. In John 10:14-15 Jesus identifies himself as “the good shepherd” who lays down his life for them. We view others through the eyes of Jesus.

The only way that we can possibly explain the mindset and actions of Jesus is that he is compelled by love. He will go after the “one” to the point of death, and that is what he did. How incredible is that?

Paul tells us Christ’s love compels us to no longer view others from a human point of view, but to see them as those who don’t know the good Father we know. We seek relationship with them because we want them to know their Father.

Jesus invites us as his church to participate with him in restoring the “lost.” This means that we are compelled by the same love which allows us to see them as he sees them – as God’s dearly beloved children, his very own brothers and sisters, his friends, included from the very beginning of God’s plan.

So, to answer the question of how to relate with our friends and neighbors, we begin by asking ourselves, “how do we see them?” Do we indeed see them as Jesus does, as brothers and sisters, as friends? If we answer in the affirmative, then it means we love them. We will want to be with them, sharing life together. We will respect them, valuing who they are and what they have to say. Instead of ministering to them, we will do ministry together, and we will leave the conversion side of things to the Holy Spirit.

To consolidate these thoughts, we look to the example of Jesus. While on Earth he lived life with his family whom he loved. When he began his ministry, he was with them, loving them and sharing life. When his time on earth was coming to an end, he told them that he was sending another Comforter who “lives with you and will be in you” (John 14:17).  In our lives the Holy Spirit does not do ministry to us, he is living with and in us. It is a relationship of love.

This is how we relate to our neighbors.